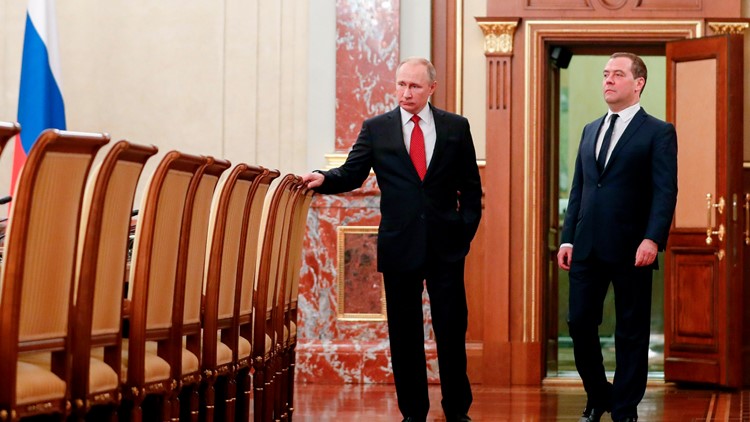 The move comes hours after Putin proposed a constitutional reform to boost the powers of parliament and the Cabinet. The proposal signals Putin's intention to carve out a new position for himself after his current term ends in 2024.

According to the Wall Street Journal and NBC News, Medvedev's entire cabinet has also resigned.

Putin thanked Medvedev for his work and said he will appoint Medvedev as deputy head of the presidential Security Council. Putin asked Medvedev's Cabinet to keep working until the new Cabinet is formed.