Space engineer builds working rotary dial cellphone, and you can, too

Justine Haupt wanted a simple phone that just makes calls and doesn't do text messages. Now, she's showing how she did it. 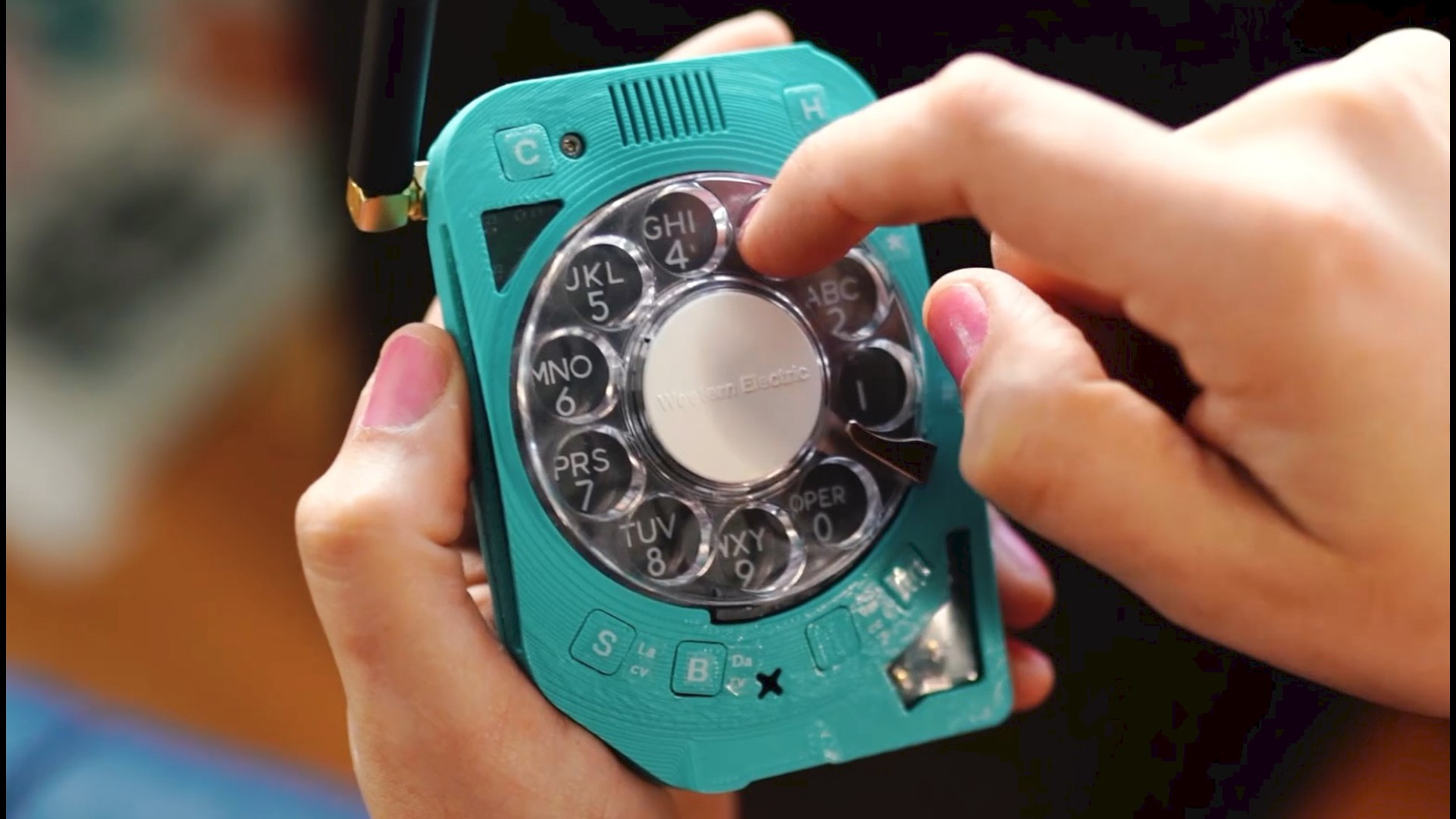 WASHINGTON — A space engineer is so against smartphones, she designed and built her own, functioning cell phone with an old-fashioned rotary dial. And now, she's showing the public how to do it, too.

Justine Haupt, an astronomy instrumentation engineer at Brookhaven National Laboratory in New York, says she wanted the very basics of a cellphone with the ability to completely avoid text messages. She also said she found smartphones, with all their functions, confusing because you don't always know what it's doing.

This new phone is not some novelty. This is now her real phone.

"The point isn't to be anachronistic. It's to show that it's possible to have a perfectly usable phone that goes as far from having a touchscreen as I can imagine, and which in some ways may actually be more functional," Haupt writes on her website.

RELATED: Secret iPhone tricks that can turn anyone into a professional photographer

RELATED: Did you get this text message from your bank? Check your account now

Wait. How can a cell phone that only sends and receives calls be more functional than a smartphone?

Haupt writes that she doesn't have to navigate through menus to make a call. She's added single, dedicated buttons to call only the most important people in her life. She notes that while rotary dialing can take longer, she doesn't make enough calls to a lot of different people for that to be an issue.

Haupt writes that the phone has a removable antenna that can be replaced with a directional one, and she says the signal strength is better than a smartphone.

A simple slide switch turns the phone on and off and she has LED lights on the side that make it easy to see how much signal is coming in and how much battery is left.

Maybe best of all for Haupt -- if she wants to change the functionality of the phone, she can just do it herself. She's not constrained to limitations by the phone manufacturer.

Haupt says she has been so bombarded with interest in the phone since first posting about it Feb. 10, she is selling this kit for it online. She also posted a video on YouTube of how she put this all together. (She occasionally uses strong language here).

Just be careful giving this to your kids. As has been seen in several viral videos, and in this segment on Ellen, teenagers have a very hard time grasping the concept of how to dial a rotary phone.