Prince Harry and Meghan supported a charity performance of the musical in London. 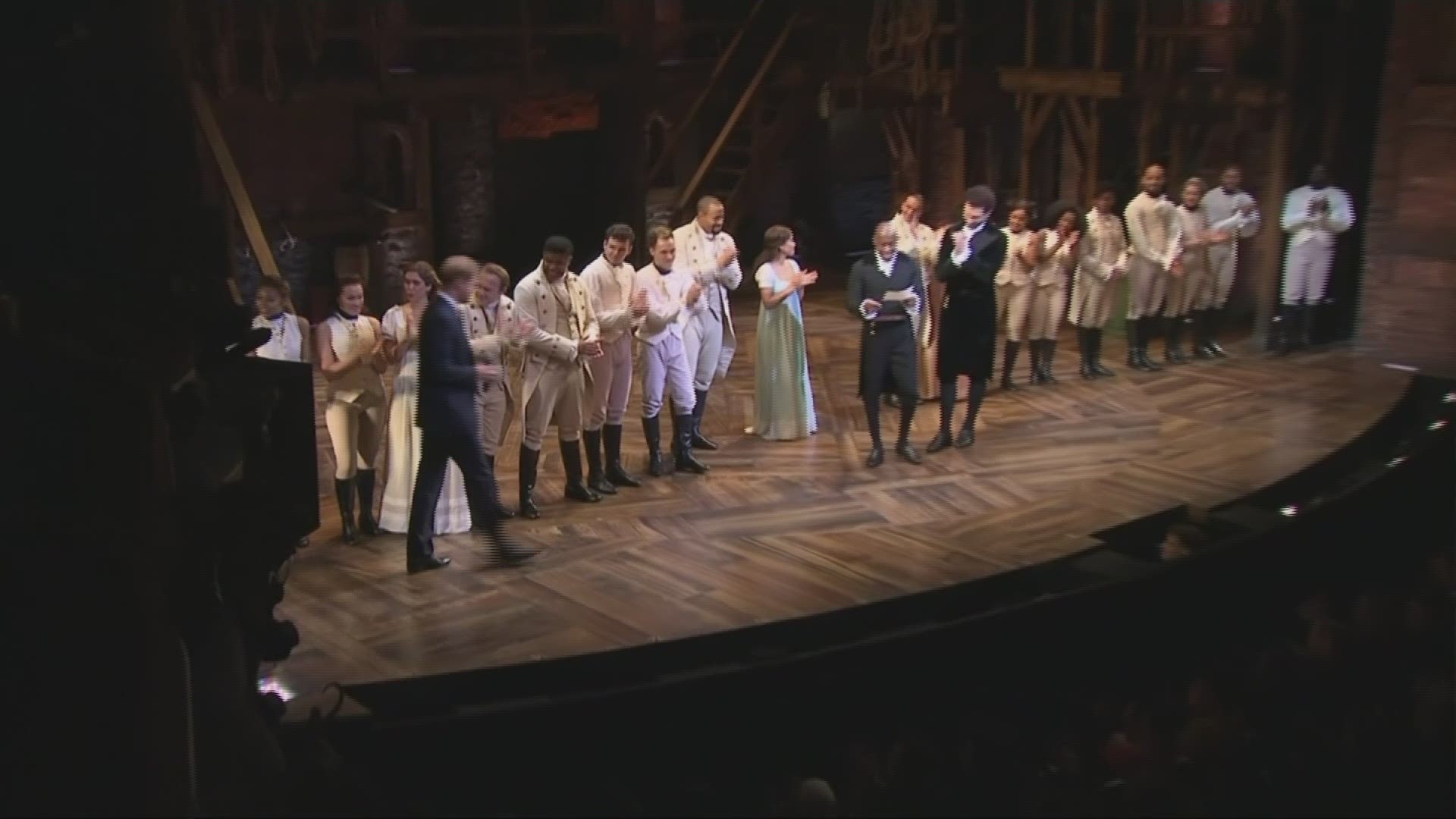 LONDON — Prince Harry sang and joked with Lin-Manuel Miranda on the stage of "Hamilton," after he and his wife Meghan joined audiences for a gala charity performance of the smash-hit musical in London's West End.

The royal couple sat in the royal circle at Victoria Palace Theater during the performance, and afterward they joined Miranda, the show's creator, on stage to thank the cast and crew.

Harry received enthusiastic cheers from the cast and audience as he sang the opening words to "You'll Be Back," a ballad about the "break-up" between Britain and America performed in the musical by the actor playing his sixth great-grandfather, King George III.

Credit: DAN CHARITY/AFP/Getty Images
Britain's Prince Harry, Duke of Sussex, (CR) and Britain's Meghan, Duchess of Sussex (CL) pose with the cast and crew including Lin-Manuel Miranda (2R) backstage after a gala performance of the musical 'Hamilton' in London on August 29, 2018.

Speaking about the character of the king, Miranda said he envisioned it during his honeymoon then quipped: "Smash cut to 2018 I'm sitting next to his sixth great-grandson."

He added it was "fun and surreal" to have Harry there because "you don't often get a direct descendent" of the characters to watch the show.

The royal couple, who had already seen the show, was hosting Wednesday's gala performance to raise money for Harry's charity Sentebale, which supports children affected by HIV in Lesotho and Botswana.