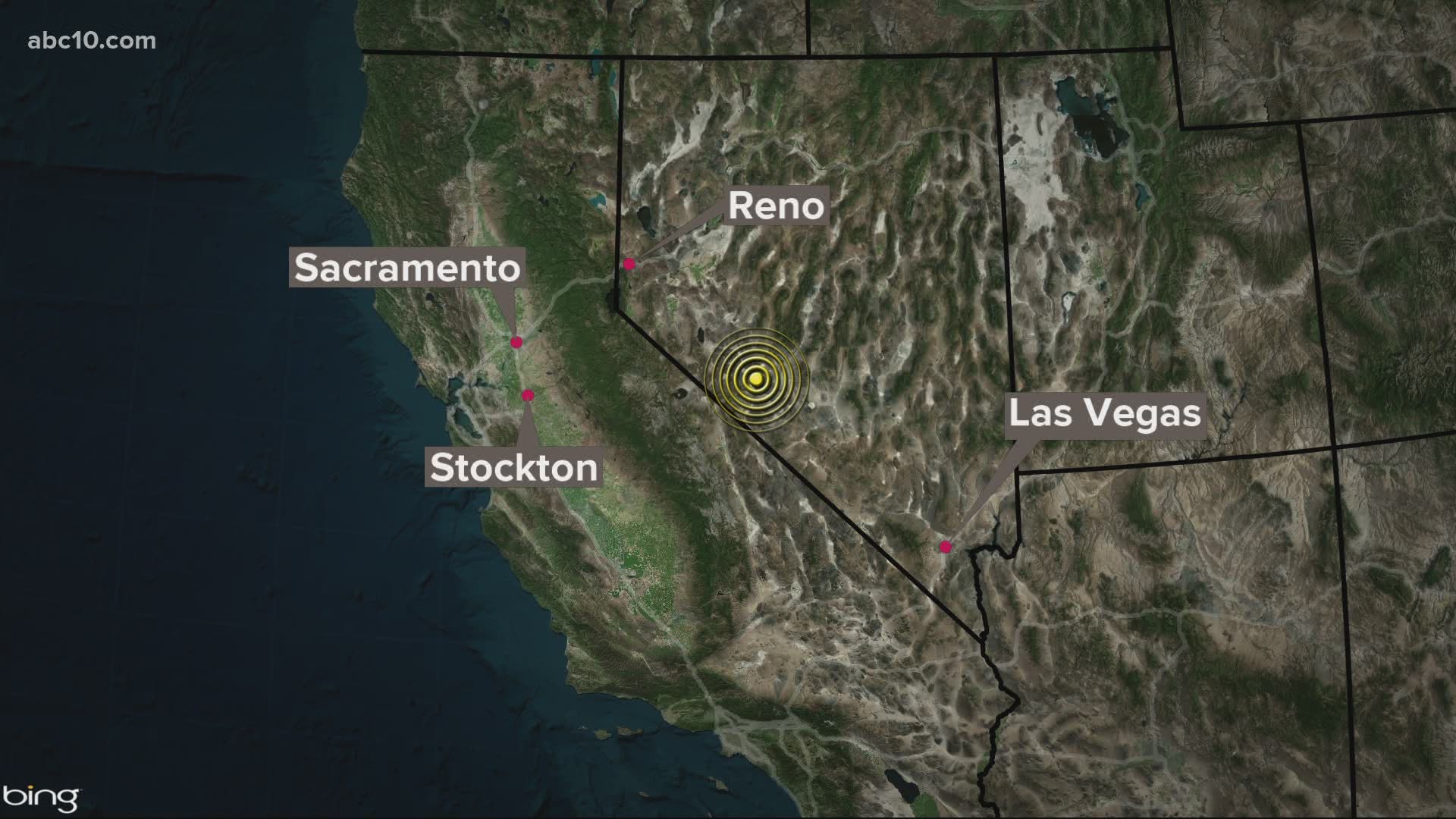 LAS VEGAS — The main highway between Las Vegas and Reno was damaged and closed early Friday following a magnitude 6.5 earthquake in a remote area of Nevada.

Nevada Highway Patrol photos showed cracks on U.S. 95 that Trooper Hannah DeGoey said were caused by the temblor a little after 4 a.m. west of Tonopah.

No injuries were reported and crews were working to reopen the highway, DeGoey said.

The U.S. Geological Service reported the the temblor struck at 4:03 a.m. about 35 miles (56 kilometers) west of Tonopah and just east of the Sierra Nevada range. The quake was upgraded after being initially reported at 6.4-magnitude.

The initial quake struck about 4.7 miles (7.6 kilometers) deep, the USGS said, and dozens of aftershocks were recorded in the next three hours, including two with estimated magnitudes of 4.9.

Credit: Nevada State Highway Patrol
The Nevada Highway Patrol shared this photo of damage to US-95 near Las Vegas after a earthquake rattled the area on May 15, 2020.

There were no immediate reports of injury, but part of U.S. 95 was closed as state troopers and sheriff's deputies from Esmeralda and Mineral counties checked that highway and State Route 360 for possible damage, the Mineral County sheriff's office said.

The Nye County sheriff's office was also checking a report of possible damage to U.S. 95, Capt. David Boruchowitz told KSNV-TV in Las Vegas. “Other than that, just a bunch of people shaken up."

The quake occurred in a remote area of the state between Reno and Las Vegas, and people from Salt Lake City, Utah, to California’s Central Valley tweeted that they felt it.

“It really shook a lot of groceries off the shelves,” Keith Hasty, an employee at a gas station in Tonopah, told the Las Vegas Review-Journal.

Hasty said residents who frequented the store were all talking about the quake.

“We have a lot of locals coming in saying their TVs were shaking, they felt it,” said Hasty. “No damage that I’ve heard of. My boss just called and said his garage shook.”