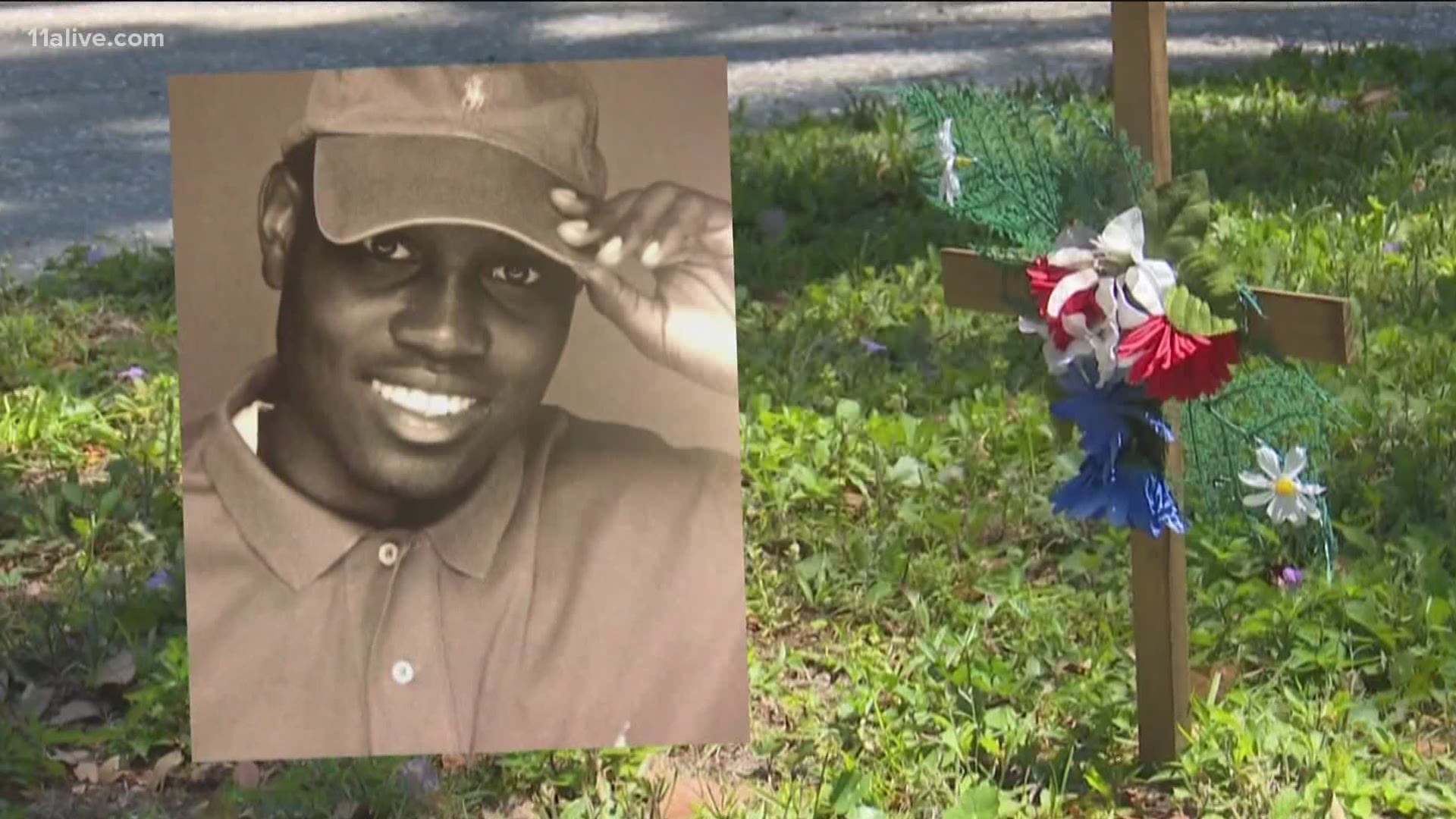 ATLANTA — The Georgia prosecutors who first handled the fatal shooting of a black man, before charges were filed more than two months later, were placed under investigation Tuesday for their conduct in the case, which has fueled a national outcry and questions about whether the slaying was racially motivated.

Georgia Attorney General Chris Carr announced that he asked the Georgia Bureau of Investigation and federal authorities to investigate how local prosecutors handled the killing of 25-year-old Ahmaud Arbery, who was pursued by a white father and son before being shot on a residential street just outside the port city of Brunswick. Arbery's relatives have said he was merely jogging through the subdivision at the time.

Gregory and Travis McMichael were not charged with murder until last week, after the release of a video of the Feb. 23 shooting.

“Unfortunately, many questions and concerns have arisen" about the actions of the district attorneys, Carr said Tuesday in a statement. As a result, the attorney general asked the GBI to review the matter "to determine whether the process was undermined in any way.”

Gregory McMichael told police he and his grown son armed themselves and pursued the young man because they they thought he matched the description of a burglary suspect.

Brunswick Circuit District Attorney Jackie Johnson defended her office’s involvement, which she insisted was minimal because the elder McMichael worked for her as an investigator before retiring a year ago. That relationship required the office to step away from the case.

“I’m confident an investigation is going to show my office did what it was supposed to and there was no wrongdoing on our part,” Johnson told The Associated Press in a phone interview Tuesday.

Johnson said Glynn County police contacted two of her assistant prosecutors on the day of the shooting, seeking legal advice. She said her assistants immediately responded that they could not get involved because of the conflict of interest.

Asked if anyone in her office told police not to arrest the McMichaels or suggested the shooting may have been justified, Johnson said, “Absolutely not.” She said it was the police who brought up self-defense during their call.

“The police represented it as a burglary case with a self-defense issue," Johnson said. Police were seeking “guidance on how to proceed and whether to make an arrest. Our office could not advise or assist them because of our obvious conflict.”

Johnson said she reached out to neighboring Waycross Circuit District Attorney George Barnhill, asking if his office could advise Glynn County police. Because it was a fatal shooting, she said, “I didn’t want the case to stall.”

Credit: AP
People react during a rally to protest the shooting of Ahmaud Arbery, Friday, May 8, 2020, in Brunswick Ga.

The attorney general ended up appointing Barnhill to take over on Feb. 27, four days after the shooting. But in his letter Monday asking the GBI to investigate possible misconduct by the prosecutors, Carr said he was never told that Barnhill had already advised police “that he did not see grounds for the arrest of any of the individuals involved in Mr. Arbery’s death.”

Weeks after Carr appointed him to the case, and just a few days before recusing himself April 7, Barnhill wrote that the McMichaels “were following, in ‘hot pursuit,’ a burglary suspect, with solid first hand probable cause, in their neighborhood, and asking/telling him to stop.”

“It appears their intent was to stop and hold this criminal suspect until law enforcement arrived. Under Georgia Law this is perfectly legal,” Barnhill advised in the undated letter, to Glynn County police Capt. Tom Jump. County officials released the letter last week.

Johnson said she could not recall if she had told Carr's office that she enlisted Barnhill's help before recusing herself. Barnhill had the case for about a month before he stepped aside under pressure because his son works for Johnson as an assistant prosecutor. The phone at Barnhill’s office in Waycross rang unanswered Tuesday.

Tom Durden, the district attorney in nearby Hinesville, next took the case and had it for more than three weeks before the video became public and he called in the GBI. On Monday, Carr replaced him with Cobb County District Attorney Joyette M. Holmes, one of only seven black district attorneys in Georgia.

She's based in Atlanta, far from the coastal community where the shooting happened, and is "a respected attorney with experience, both as a lawyer and a judge,” said Carr, a Republican.

According to the police report, Gregory McMichael said Arbery attacked his son before the younger McMichael shot him. The autopsy showed Arbery was hit by three shotgun blasts. All three shots can be heard on the video, which clearly shows the final shot hitting Arbery at point-blank range before he staggers and falls face down.

Gregory McMichael, 64, and Travis McMichael, 34, have been jailed since Thursday. Neither had lawyers at their first court appearances. With courts largely closed because of the coronavirus, a grand jury cannot be called to hear the case until mid-June.