An Indonesian investigation found the Boeing 737 Max 8 that crashed last year was doomed by multiple factors. 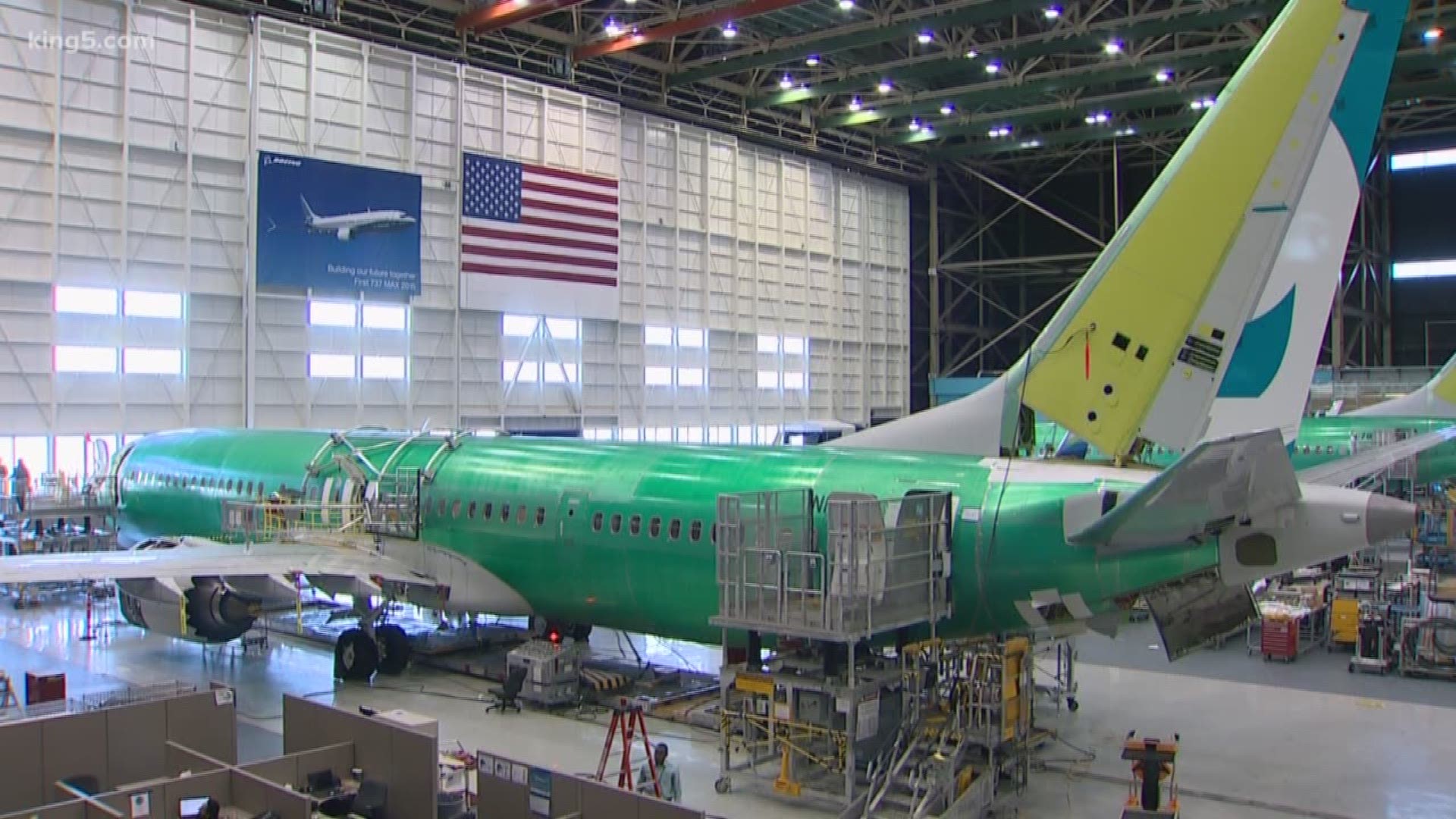 JAKARTA, Indonesia — An Indonesian investigation found a Lion Air flight that crashed and killed 189 people a year ago was doomed by a combination of aircraft design flaws, inadequate training and maintenance problems.

A summary of the final accident report released Friday said Lion Air flight 610, from Indonesia's capital Jakarta to the island of Sumatra, crashed partly because the pilots were never told how to quickly respond to malfunctions of the Boeing 737 Max 8 jet's automated flight-control system. But during a press conference, investigators highlighted nine critical points that, combined, led to the tragedy.

The jet vanished from radar after air traffic control was informed the plane had altitude and air speed issues. It plunged into the Java Sea just 13 minutes after takeoff on Oct. 29, 2018.

RELATED: Worried about flying on a 737 Max? You may not have a lot of options

Just five months after the Indonesian crash, the same kind of malfunction caused a Max jet to crash in Ethiopia, killing all 157 people on board.

That led to the grounding of all 737 Max jets and put Boeing under intense pressure to explain problems associated with the flight control system, known as MCAS. The aircraft still has not resumed flying.

Indonesia's National Transportation Safety Committee said the MCAS on the Lion Air flight relied on a single "angle of attack" sensor that provided erroneous information, automatically shoving the nose of the Max jet down.

So far, Indonesia has not released the full report.

The summary presented Friday identified various missteps prior to the crash. The aircraft, only in use for two months, began having problems on Oct. 26. A new angle of attack sensor was installed the day before the crash on the Indonesian resort island of Bali, but it was mis-calibrated, resulting in it being 21 degrees out of alignment. The problem was not detected when it was installed.

On a flight later that day from Bali to Jakarta, the aircraft experienced similar problems shortly after takeoff. Airspeed and altitude warnings went off and the captain's stick shaker activated, signaling an impending stall. A third Lion Air pilot who was hitching a ride in the cockpit jump seat helped the captain and co-pilot regain control of the aircraft by manually overriding the automated system.

Instead of turning around, the plane continued to Jakarta and landed safely. The pilot did not report fully about the problems including the activation of the stick shaker and how the crew resolved the issue, the report said.

The report noted that the crew had no way of knowing the entire situation because a warning function that should have told the pilots the two angle of attack sensors were out of sync was not installed on the aircraft.

"The investigation considered that the design and certification of this feature was inadequate," the committee's summary said. "The aircraft flight manual and flight crew training did not include information about MCAS."

"Let's just say, that flight from Bali to Jakarta was very lucky," said Indonesian aviation expert Gerry Soejatman, who says most of the blame for the crash goes to Boeing.

"How Boeing could allow the MCAS to rely on a single source of data and act upon that single source without cross checking the other angle of attack indicator is anyone's guess," he said in an interview.

The latest news left relatives of the victims fuming.

"We are very angry (at Boeing) because their negligence has caused our loved ones to die," said Muhammad Asdori, 55, whose brother and nephew were killed in the Lion Air crash.

"They should have anticipated any kind of problems with adequate training for pilots who fly their planes. We were even more angry when we learned that they had only admitted their mistake when the second MAX-8 plane crashed in Ethiopia."

The Indonesian report followed another last month from U.S. federal accident investigators who concluded that Boeing and the Federal Aviation Administration underestimated how a blizzard of visual and auditory warnings would slow pilots' ability to respond quickly enough to avert crashes.

Boeing issued a statement Friday saying it was working to address all of the safety recommendations to prevent similar flight control problems from recurring.

It said the 737 Max and its software were subject to "an unprecedented level of global regulatory oversight, testing and analysis," including hundreds of simulator sessions and test flights, regulatory analysis of thousands of documents, reviews by regulators and independent experts and extensive certification requirements.

Boeing said it has redesigned the flight control system to activate only with input from both angle of attack sensors. The MCAS also will be subject to a "maximum limit" that can be overridden by the pilot's controls.

"These software changes will prevent the flight control conditions that occurred in this accident from ever happening again," it said.

"Safety is an enduring value for everyone at Boeing," it said.

Boeing recently reported its third-quarter earnings dropped by half, partly because of $900 million extra in costs for the Max.