The spacecraft was launched aboard the SpaceX Falcon Heavy rocket from Florida last month and images from this week's deployment sequence were downlinked from the orbiter by flight controllers at California Polytechnic State University, San Luis Obispo.

On Tuesday, the spacecraft successfully deployed its solar sail.

One image shows a large part of the sail with much of Mexico and its Baja California peninsula on the Earth below.

The sail is formed by four triangular sheets of extremely thin, reflective Mylar that form a square about the size of a boxing ring.

The crowdfunded project is an experiment to see if the momentum of photons hitting the sail will accelerate the craft sufficiently to raise its orbit. In addition, LightSail 2 is trying to become the first spacecraft to orbit the Earth propelled solely by sunlight. 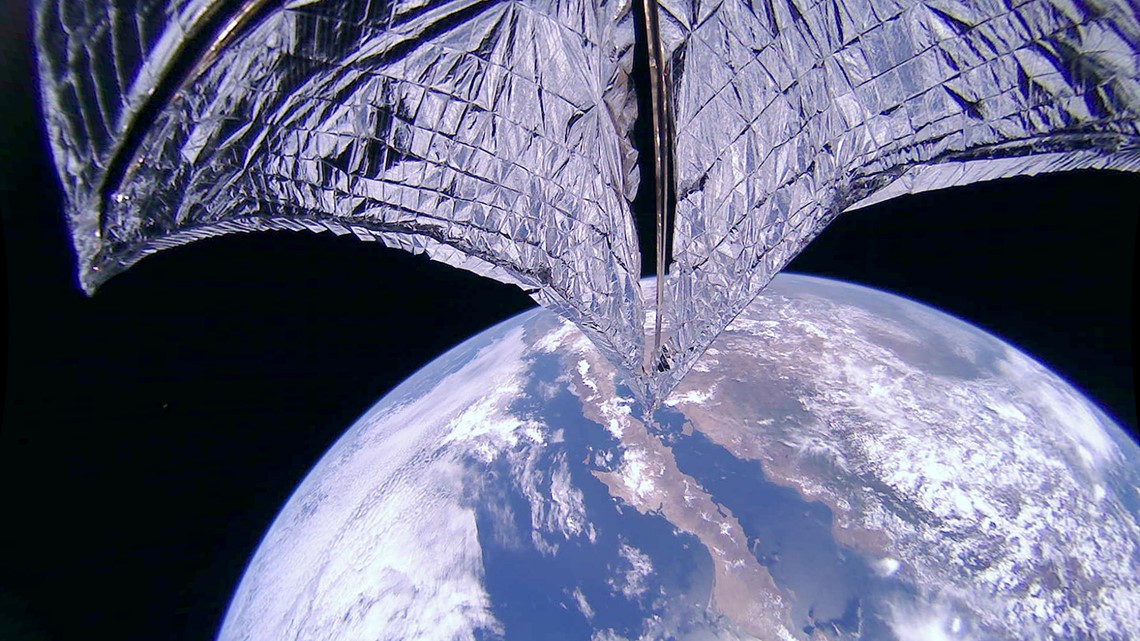 Such sails could potentially propel tiny satellites known as CubeSats and significantly reduce the cost of space travel.