The nation's largest supermarket chain is joining other retailers and backing away from e-cigarettes. 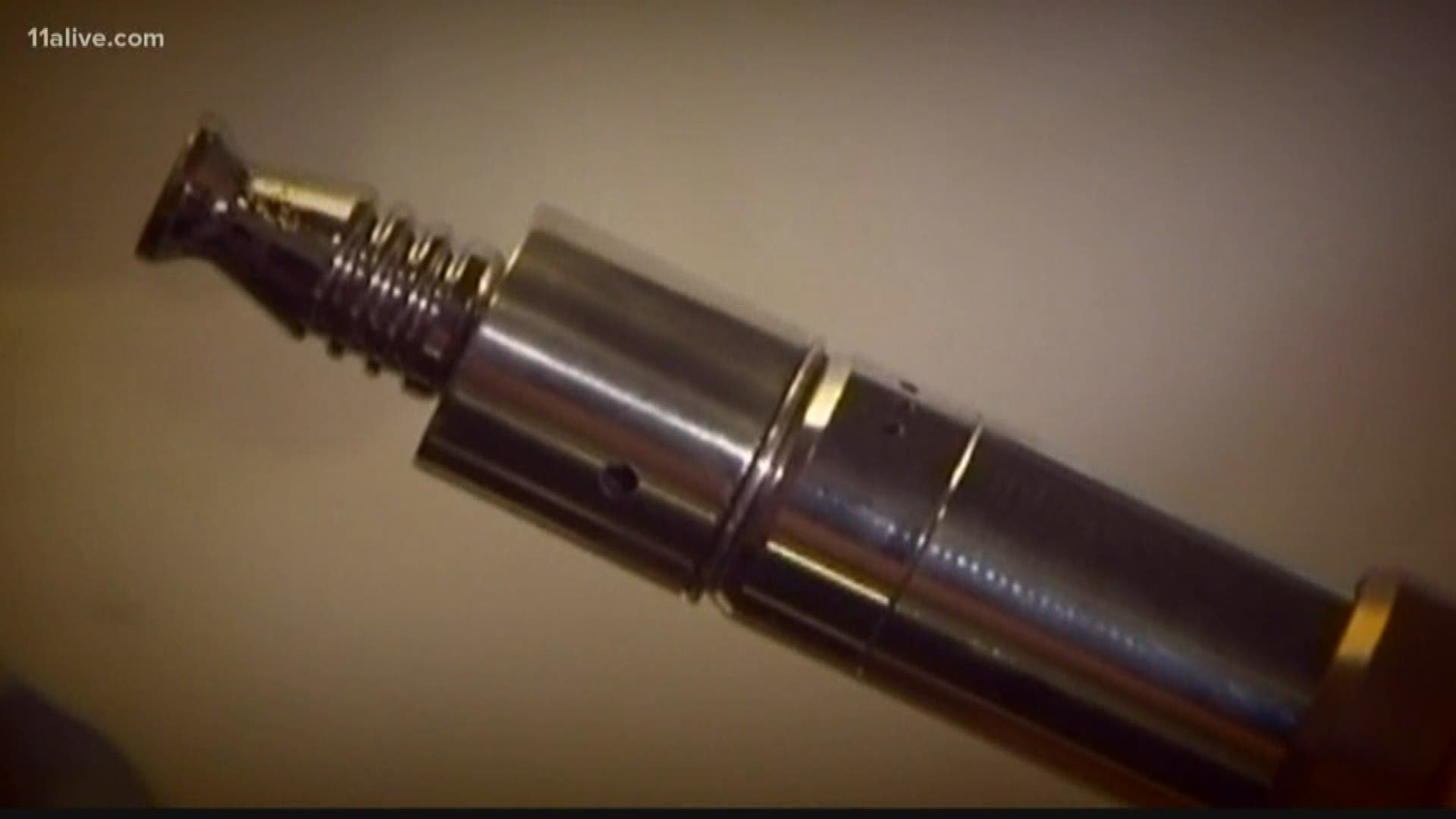 ATLANTA — Kroger, one of the largest grocers in the United States, is joining other retailers across the nation and discontinuing sales of electronic cigarettes.

The grocer, which is one of the largest in the Southeast, also owns Harris Teeter, Ralphs, Fred Meyer and other supermarket chains across North America.

"Kroger is discontinuing the sale of electronic nicotine delivery products, or e-cigarettes, at all store and fuel center locations due to the mounting questions and increasingly-complex regulatory environment associated with these products," the company said in a statement on Monday. "The company will exit this category after selling through its current inventory."

According to CNBC, the company says they still plan to sell tobacco products in its stores.

Other retailers, including Walmart, the nation's largest, say they are also getting out of the business of selling e-cigarettes in all of their locations, including their Sam's Club warehouse stores as soon as they run out of their current inventory.

The Atlanta-based Centers for Disease Control and Prevention said that as of Oct. 1, they have identified nearly 1,100 probable cases of vaping-related illnesses over the past year from 48 states and one U.S. territory. They also confirmed 18 deaths in 15 states. In each of the cases, the CDC says all patients reported a history of using e-cigarette or vaping products.

Out of those affected, the CDC says about 80 percent of the patients are under 35 years old; 16 percent are under the age of 18. Another 21 percent are between the ages of 18 and 20 years of age.

Juul Labs, the market segment leader, says they will no longer promote its e-cigarettes in print, digital and TV advertisements. It also replaced its CEO amid a backlash against vaping nationwide.

President Donald Trump has proposed a federal ban on flavored e-cigarettes and vaping products. Several states, as well as a number of individual cities around the nation, have banned the sale of e-cigarettes over the past 60 days.

In September, Anne Schuchat of the CDC told a congressional subcommittee that she believes "hundreds more" lung illnesses have been reported to health authorities since late September.

The CDC is investigating the little-understood outbreak, but has not yet identified a common electronic cigarette or ingredient.

Under questioning from House Democrats at the first congressional hearing on the emerging problem, Schuchat emphasized how little is known about the effects of inhaling various oils, flavor particles and other ingredients in vaping products.

"We don't know enough about the aerosol that vaping produces in terms of the short and longer-term health impacts," said Schuchat. "It may indeed be that the process itself is risky."

Many patients reported vaping THC from marijuana, but Schuchat and state health officials have cautioned that some said they only vaped nicotine.

The CDC is recommending people not use e-cigarettes at all while authorities investigate.

Illegal Vaping Sales: We went undercover to see who is selling to your children

'The ability to do more': State rep vows to join the fight against deadly vaping illness