Jupiter, Mars, Saturn and the moon to line up in pre-dawn sky this week

Jupiter, Mars and Saturn won't appear this close together in the sky again for a couple of years, so you won't want to miss this. 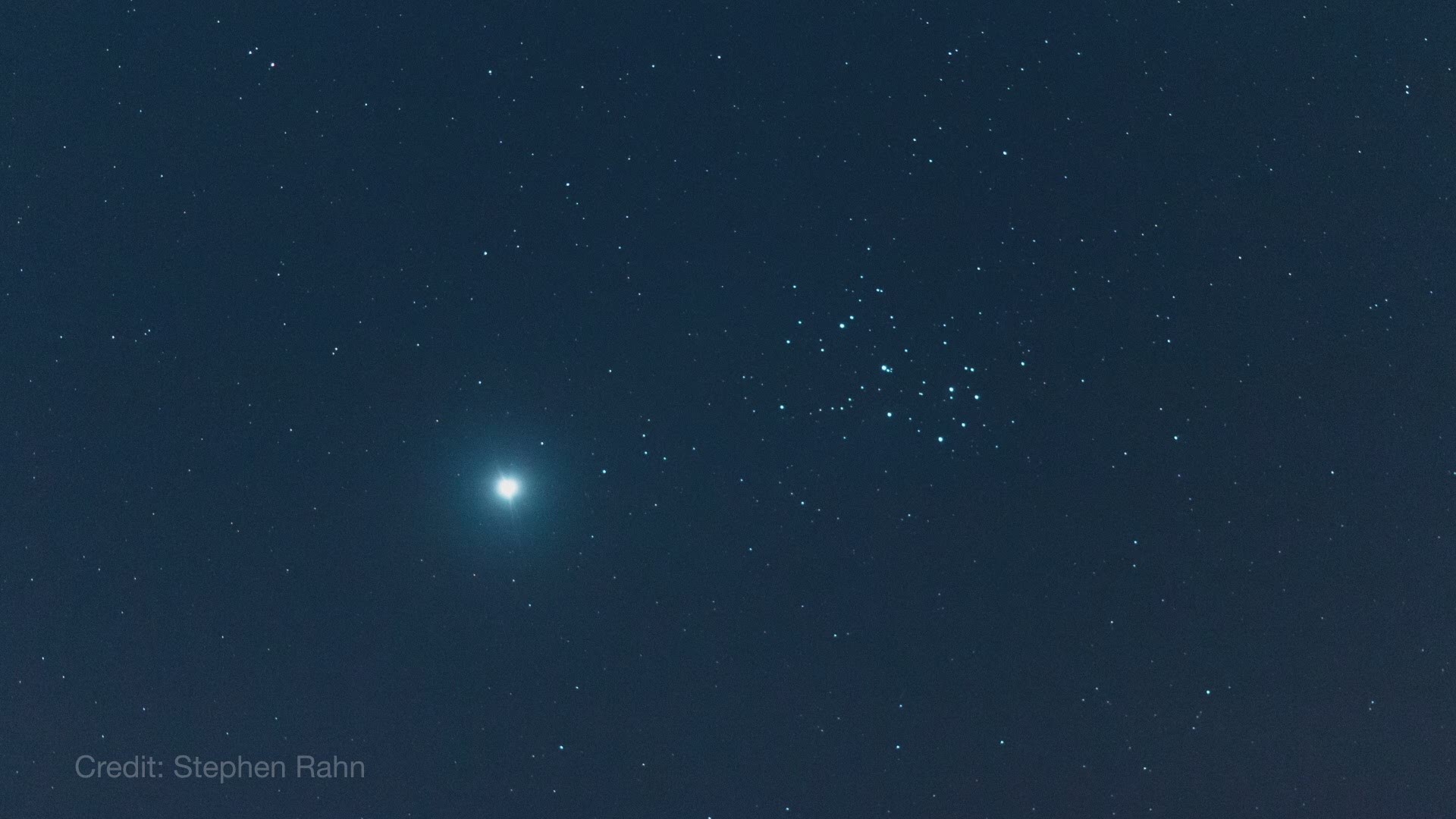 Early risers will have a couple of chances this week to see a quartet of planets lined up in the morning sky.

Before dawn on April 14, 15 and 16, Jupiter, Saturn and Mars will appear to cluster together, along with the moon.

In order to see this rare display, you'll need to be up at least one hour before sunrise and look towards the southeast, according to NASA's Jet Propulsion Laboratory.

According to NASA, the moon will appear to the right of Jupiter on April 14, then below Jupiter and Saturn on April 15, and will finally appear below Mars on April 16.

The space agency noted that the three planets won't appear this close together in the sky again until mid-2022.

RELATED: After months in space, astronauts returning to pandemic-stricken world

RELATED: Here's how you can experience the Apollo 13 mission in real-time