Joining Forces began in 2011 under President Barack Obama's administration and was led by Michelle Obama and Jill Biden, when Joe Biden was vice president. 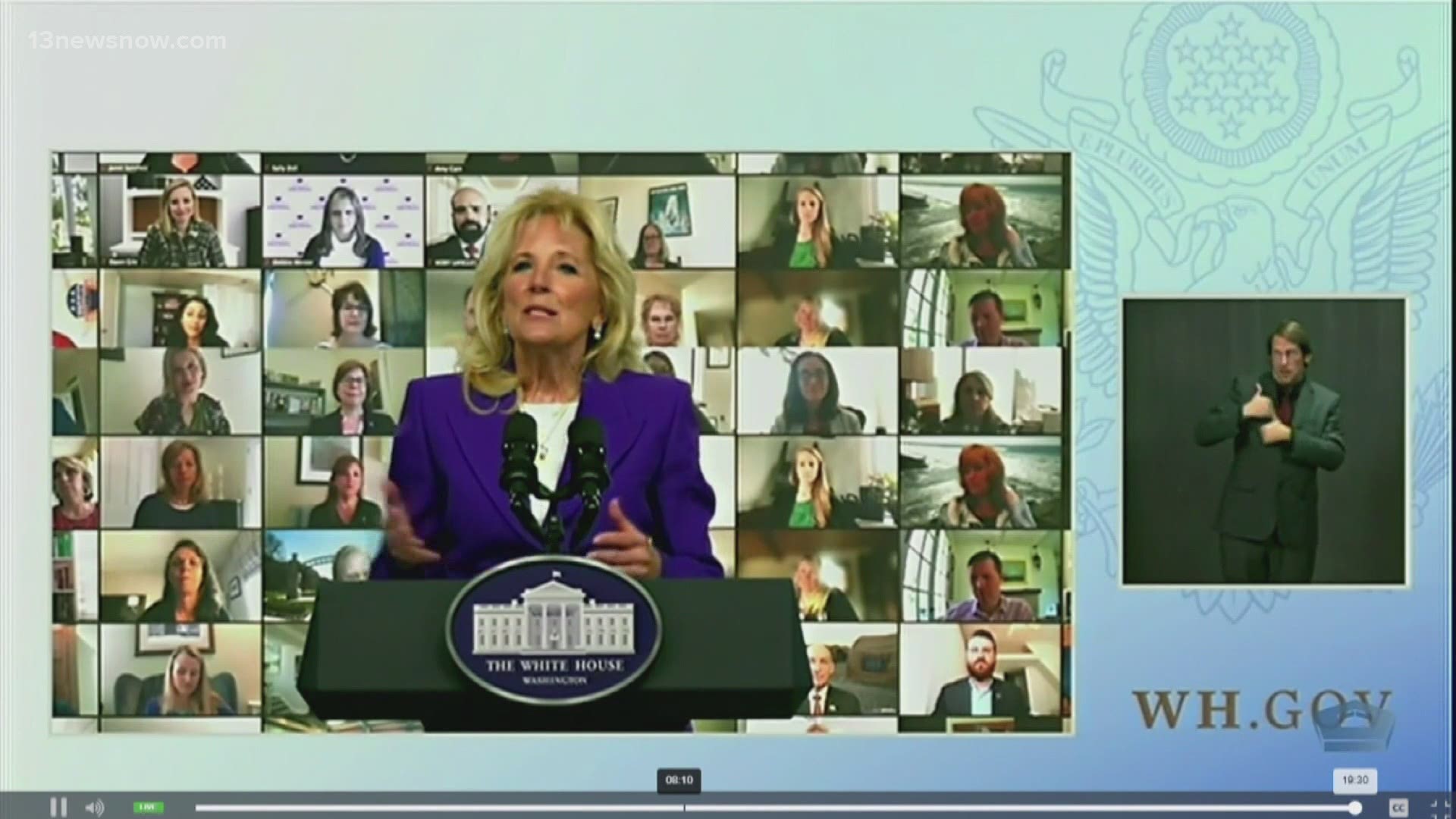 WASHINGTON — Jill Biden is bringing a new focus to the cause of supporting America's military families.

The first lady on Wednesday announced the next chapter for a decade-old military family support program she and then-first lady Michelle Obama led during the Obama administration.

Biden said that military families are as important to the nation as a rudder is to a ship and that national security will be served by supporting their physical, social and emotional health.

“How can we hope to keep our military strong if we don’t give our families, survivors and caregivers what they need to thrive? If we don’t act on our sacred obligation?” she asked at the White House.

Biden said her relaunch of the Joining Forces initiative will focus on employment and entrepreneurship opportunities for military families, education for the more than 2 million children of enlisted parents and veterans, and the overall health and well-being of these families.

She noted that just 1% of the country serves in the all-volunteer military. She also cited a Defense Department estimate of a 22% unemployment rate for military spouses.

“Service members cannot be focused on their mission if their families don’t have what they need to thrive at home,” said the first lady, who is the daughter and mother of service members. “And we can't expect to keep the best and brightest if our service members are forced to choose between their love of country and the hopes and dreams they have for their families.”

“We have to help you carry this weight," the first lady added. She cited commitments from the defense, education and labor departments.

The first lady was joined virtually at Wednesday's event by U.S. military families, advocates and others from around the world, a total of more than 100 people appearing in individual boxes on screens behind her on the stage. Afterward, she planned to tour the Military OneSource call center, a Defense Department operation that provides 24/7 support to service members and their families.

Jill Biden's father was a Navy signalman in World War II who went to college on the GI Bill. Her late son, Beau, a father of two children, served in the Delaware Army National Guard, including a year in Iraq. Beau Biden died of brain cancer in 2015 at age 46.

Biden's other causes are education — she is a longtime English professor at a community college — and cancer research.

Joining Forces began in 2011 under President Barack Obama's administration and was led by Mrs. Obama and Jill Biden, when Joe Biden was vice president. The mission was to encourage the public and private sectors to support service members, veterans, their families and their caregivers. The program focused on education, employment and wellness.

After leaving the White House in 2017, Jill Biden continued working with military families through the Biden Foundation.

The Trump administration kept the focus on military issues and care for veterans, including increasing the military spending. Former first lady Melania Trump and Karen Pence, the wife of former Vice President Mike Pence, worked on military family issues but without the Joining Forces banner.