Fearing the sword would be covered up by shifting sands, the man took it ashore and handed it over to government experts. 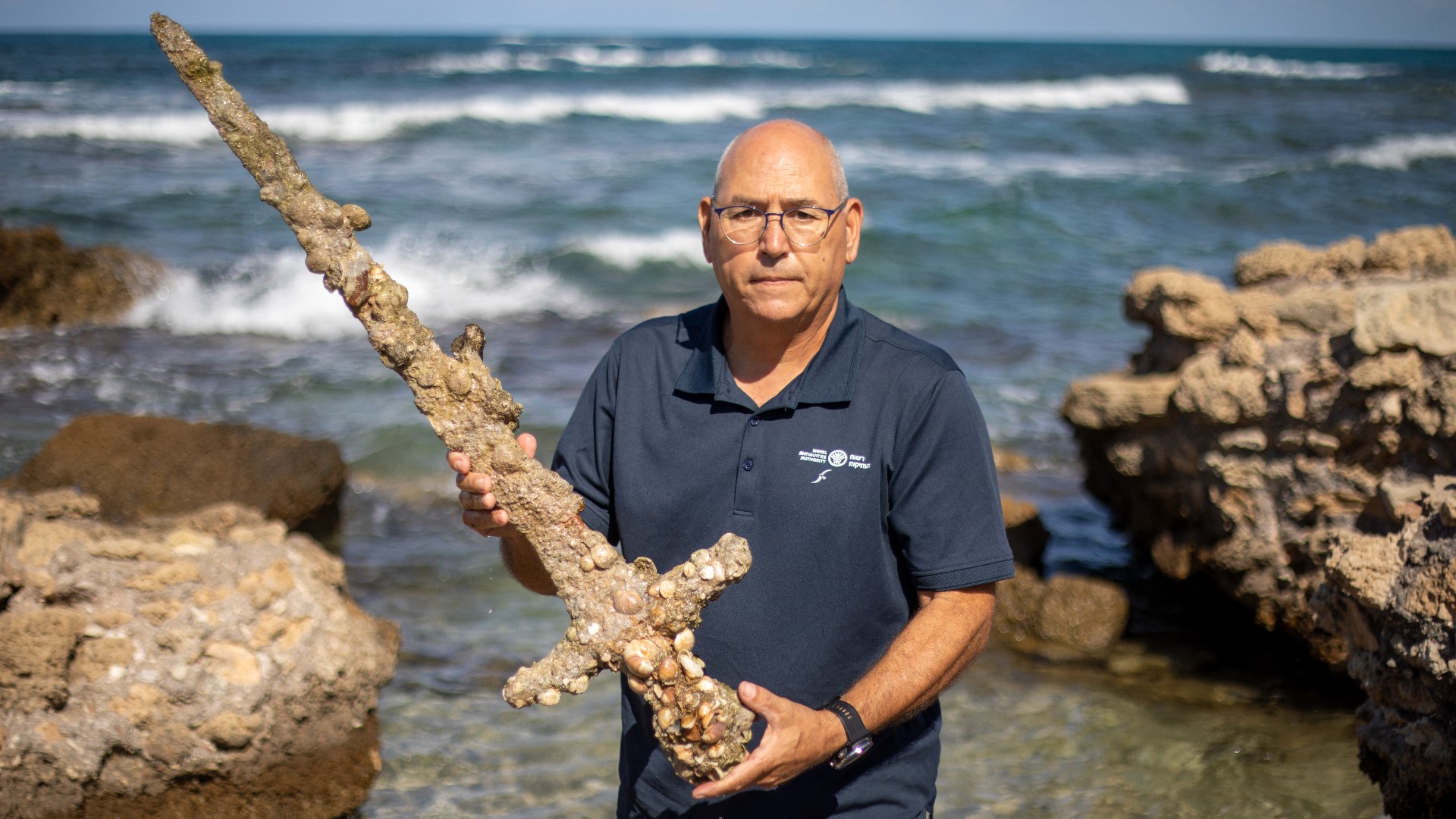 An Israeli scuba diver has salvaged an ancient sword off the country's Mediterranean coast that experts say dates back to the Crusaders.

Israel's Antiquities Authority said Monday the man was on a weekend dive in northern Israel when he spotted a trove of ancient artifacts that included anchors, pottery and a meter-long (yard-long) sword.

The diver was about 150 meters (170 yards) off the coast in five-meter-deep (5.5-yard-deep) water when he made the discovery.

Experts say the area provided shelter for ancient ships and is home to many archaeological treasures, some dating back 4,000 years. But such discoveries can be elusive because of the constantly shifting sands.

Credit: AP
Jacob Sharvit, director of the Marine Archaeology Unit of the Israel Antiquities Authority holds a meter-long (yard-long) sword, that experts say dates back to the Crusaders is on display in Mediterranean seaport of Cesarea, Israel, Tuesday, Oct. 19, 2021. (AP Photo/Ariel Schalit)

Fearing his discovery might be buried, the diver took the sword ashore and delivered it to government experts, the authority said. The weapon is estimated to be 900 years old.

Credit: AP
An ancient sword is seen after it was discovered by an Israeli diver off the country's Mediterranean coast near Haifa, Israel, Oct. 14, 2021. (Israel's Antiquities Authority via AP)

“It was found encrusted with marine organisms, but is apparently made of iron,” said Nir Distelfeld, an inspector in the authority's robbery prevention unit. “It is exciting to encounter such a personal object, taking you 900 years back in time to a different era, with knights, armor and swords.”

The sword is to be cleaned and further analyzed, while the diver, identified as Shlomi Katzin, was given a certificate of appreciation for good citizenship.