In the 1980s, Deb and Mike Schuring lost two babies, both born on Mother's Day a year apart. Now the couple has fostered their 100th child. 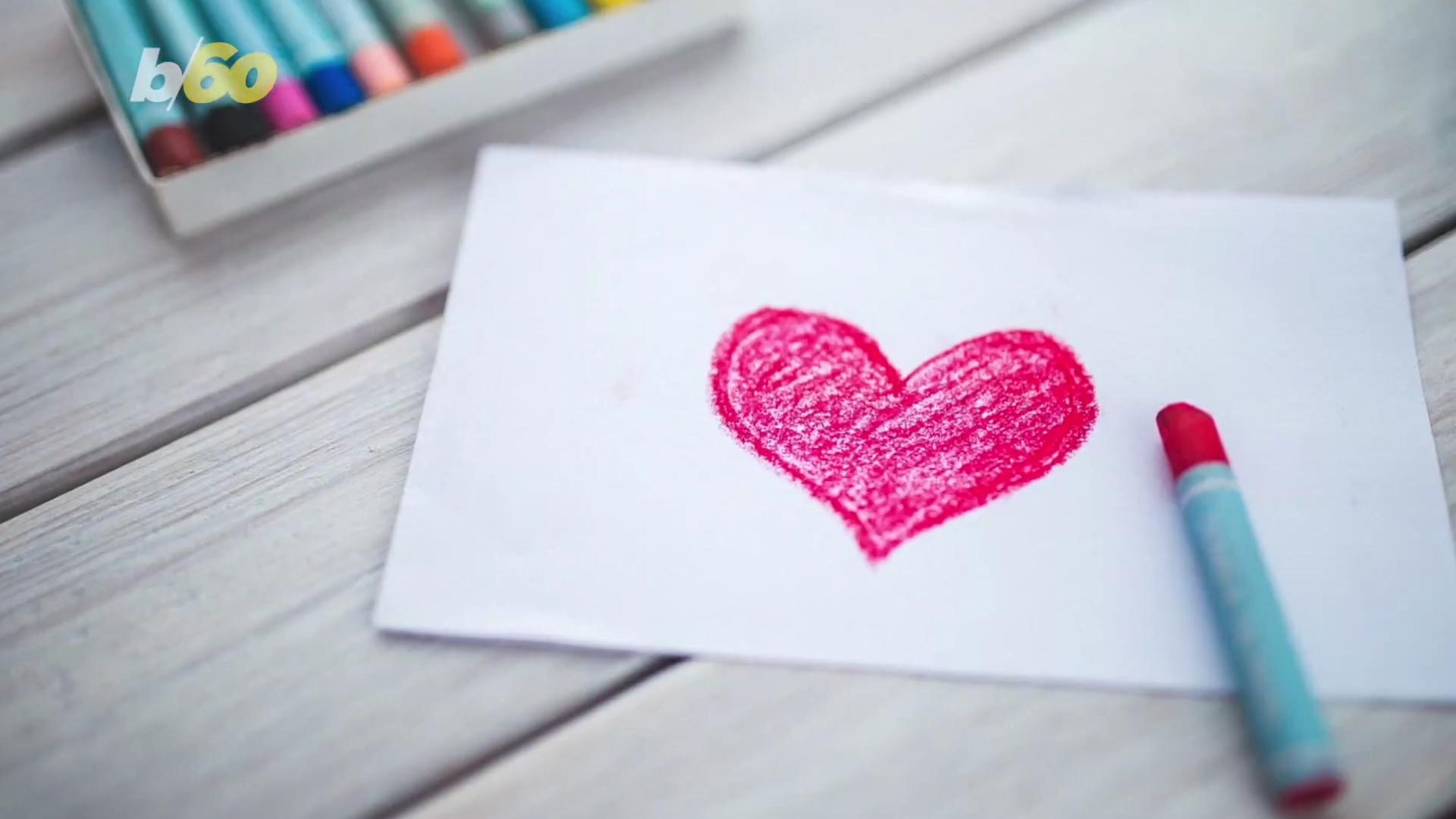 PELLA, Ia. — On Mother’s Day, Deb Schuring gave birth to Andrea. She had high cheek bones and looked just like her husband, Mike. She was three months premature and weighed a little more than a pound.

“We said goodbye to her on her first day,” Schuring said.

The funeral home had just sent a card to Deb and Mike on the anniversary of Andrea’s death, but needed to pick up David.

Andrea and David were buried next to each other in local Oakwood Cemetery, just a mile from their house.

Every day their spirit lives on inside the Schurings’ Pella, Iowa, home. Their names are painted on the kitchen wall as the inspiration that led to helping other babies who did make it.

Later on, Deb became a foster mom. The week before this Mother’s Day, she held her 100th baby, a tiny 2-month old.

“I understand the despair of those who can’t have babies,” Deb said.

Iowa Department of Human Services officials say that number, 100, is a significant milestone to reach for foster parents, who typically serve only one child at a time. The average foster family in the past 17 years served just over seven children.

Deb said they are not going for any kind of record. One diaper, one midnight bottle feeding at a time, each baby is what matters. They enter a foster care system that's been cast in a harsh spotlight by several recent tragedies involving abuse and deaths, but one that is more often graced with selfless temporary parents like the Schurings.

For many of their 23 years in foster care, they were volunteers. The only reimbursement was for some baby formula or diapers, Deb said.

Mike has owned Franklin Street Clothing in Pella for 39 years, and his business success has allowed her to stay at home with the babies. She thinks of it as their ministry.

Years of infertility treatments and a surgery — sewing up Deb’s cervix to hold babies in — eventually allowed her to birth Alex in 1986 and Sarah in 1988. So they weren’t new to diapers.

But in 1995, when the first baby came to them as licensed foster care parents, it was a shock.

Anna was only weeks old, and to their surprise had medical problems. Deb heard Mike call out from the bedroom. The baby wasn’t breathing. They rushed her to the hospital in Pella, and then to Iowa City. There doctors discovered a cyst was blocking her nasal passage. They stayed with her for a week as doctors performed surgery.

After three months with the Schurings, Anna went to an adoptive family. It was difficult for them all, especially Alex and Sarah, who were 9 and 7 at the time. But Deb said it was the first opportunity to show them that it’s important to give part of themselves and their time to others because they can.

Alex became an expert at diaper changing. Sarah bottle-fed tiny infants, and Mike became a “master swaddler,” able to comfort any baby at the drop of a hat. It was often to spell Mom, who was with them all day and through the night. Even a healthy baby is a 24-7 job, but many are ailing or need special care.

They cared for babies with heart monitors or brutal spells of colic. They were low birth weight, sick, or drug-affected. They had skin ailments, breathing issues. They had Down syndrome or were blind.

Early on, when a van pulled up outside their home with oxygen tanks and medical equipment, Deb cried.

Alex, her son, turned to her.

The babies are typically with them a short time, either on the way to a longer-term foster care or adoption or back to biological parents or family.

Often that involves working with the biological parents and inviting them into the home for visits or nursing. They have seen young parents who didn’t know how to hold up a baby’s head or were struggling emotionally.

It’s a special skill to cooperate with them, and it’s the Schurings’ strength, said Kaci O’Day-Goldstein of Four Oaks Foster and Adoptive Family Connection, the nonprofit agency that contracts with the Iowa Department of Human Services on foster care placements in a large portion of the state.

She said 71% of the foster care kids in their home have been reunited with their biological families, one of the highest rates in the area.

It’s selfless work, and all for $15.78 a day. The Schurings volunteered for a private adoption agency for several years and weren’t paid anything, they said, but now receive a stipend working through the public foster care system.

“We have people say that foster parents are providing care for financial gain,” O’Day-Goldstein said. “A baby is 24-7 care. That’s 67 cents an hour. It’s like saying someone got a divorce to collect child support.”

There have been costs to the family. Deb considered working outside the home but knew she couldn’t care for the babies if she did. Alex and Sarah had their own activities while growing up, and getting them places often revolved around the baby. Their sleep-deprived mother danced with babies to music to quiet them, and their father got up in the middle of the night to feed the baby, only to rise in a couple of hours and work a long day at his business.

Everybody loves a baby, Deb said. For two hours.

“The babies call the shots,” she said. “We always say they wear the diapers in the family.”

People all over Pella saw her with babies going to the store, to church, to everywhere, for years.

They didn’t see the tears when she finds out some of those babies have grown up with problems. They didn’t see her hiding in the closet one day because an angry biological grandmother was storming into a court hearing.

The hardships, Mike said, are worth it. “It’s a new life. They are vulnerable and deserve a new start.”

They have a photo album that they call “the book of babies,” chubby faces peering out at them as they leaf through. Some have come back to visit many times. Parents have even returned with their children to tell them that this is where they got their start.

One child stayed with them for 11 months. Ella was named by their daughter, Sarah.

They all cried when Ella had to leave, adopted by a Pella family. But she still visits a dozen years later and always remembers which cupboard the marshmallow treats were in. She stood up for Sarah at her wedding.

But Deb said she is getting tired. She is 57, and Mike is 60. They hate to give it up, because officials say there is a shortage of foster parents, and many who volunteer for newborns are in it to adopt and then exit the program. Shelters are full of foster kids, and there are waiting lists.

But Sarah, 29, has a baby now in Clive. Hendrix, 2, is the couple’s first grandchild. Deb knows she took time from her kids to care for the babies. She doesn’t feel like she can sacrifice as much for her grandson, too.

“We’re winding down,” she said. “We’re saying no a lot more often.”

It’s hard to say no.

“We kept feeling we are supposed to be doing this,” Deb said.

On the kitchen wall, she had this painted: “Mothers Dream of Angels.”

She has two that are now adults and held two that didn’t make it.

When she handed over babies to the waiting arms of other mothers, she felt their prayers had been answered.