Though dozens of women have accused Weinstein of misconduct, his New York trial involves two of the allegations. 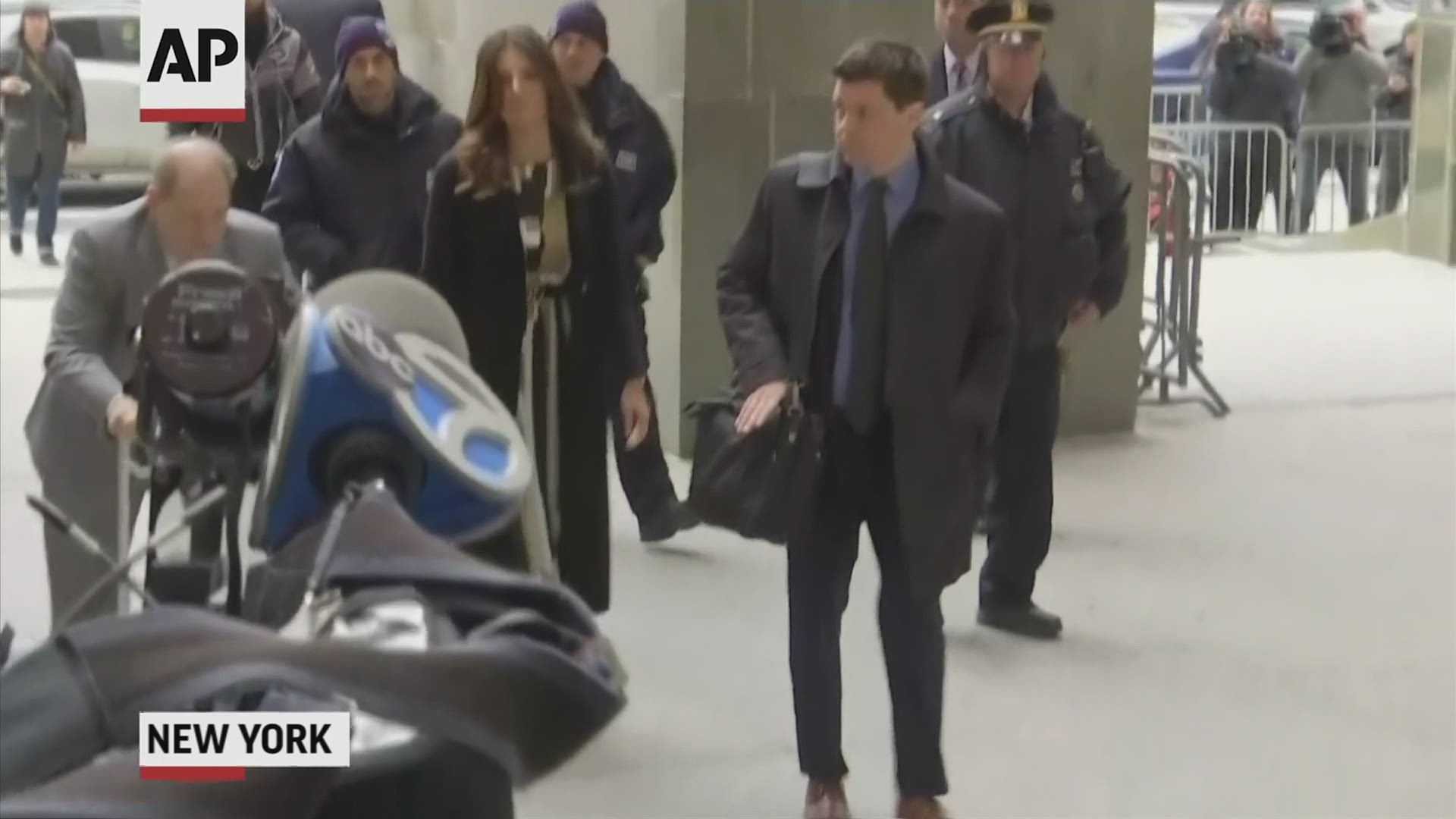 Harvey Weinstein's rape trial has begun in a landmark moment for the global #MeToo movement. New York prosecutors painted him as a sexual predator who used his movie-magnate stature to abuse women in an opening statement Wednesday, while his lawyers sought to discredit the accusers and argue the encounters were consensual.

More than two years after allegations against Weinstein gave rise to the #MeToo movement, the trial is seen as a key point in a global reckoning with sexual misconduct by powerful men. Weinstein said little as he arrived at a Manhattan court Wednesday, though when asked whether he believed he would have a fair trial, he said yes.

The once-celebrated “Pulp Fiction” producer faces the possibility of life in prison if he's convicted.

Though dozens of women have accused Weinstein of misconduct, his New York trial involves two of the allegations. Prosecutors say he raped a woman in a Manhattan hotel room in 2013 and sexually assaulted a different woman in 2006.

Weinstein’s lawyers say any encounters were consensual. They point to emails they say show Weinstein and some of his accusers were in consenting relationships.