Giant squid caught on camera for just second time ever

The deep-sea creature was filmed off the U.S. coast in the Gulf of Mexico, but scientists feared the footage had been lost after lightning struck their boat. 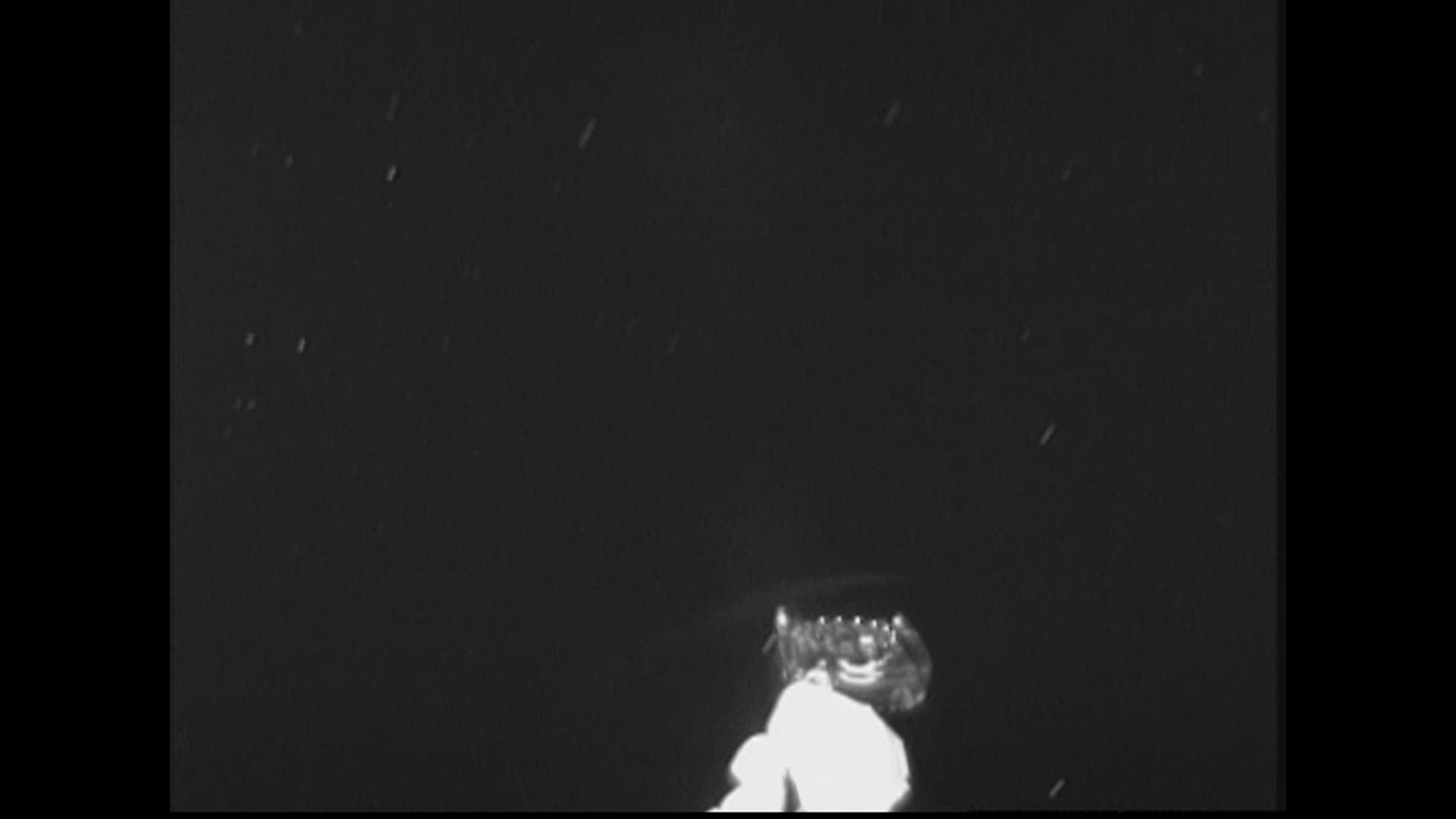 A giant squid has been filmed in its natural habitat for only the second time ever, and this time it was found right off the coast of the United States, scientists said.

The National Oceanic and Atmospheric Administration announced researchers exploring some of the deepest parts of the Gulf of Mexico discovered they had spotted a giant squid, roughly 100 miles southeast of New Orleans. The deep-sea creature was at least 10 to 12 feet long, but it was not possible for them to tell exactly how big it was, Edie Widder and the other expedition scientists said in a log on the NOAA’s website.

Widder, CEO of the nonprofit Ocean Research and Conservation Association, or ORCA, was also responsible for capturing the first-ever footage of a live giant squid.

The stealth camera system she used for that groundbreaking discovery in 2012 off the coast of Japan was utilized again this week on the expedition funded by the NOAA.

The Medusa camera system uses red lights that are invisible to most critters living in the ocean’s dark depths and has no noise-generating thrusters. It also has an optical lure known as the electronic jellyfish or e-jelly that’s designed to imitate the bioluminescence of a common deep-sea jellyfish.

“In the video, we could clearly see that it was visually tracking the electronic jellyfish, which was very exciting to be able to observe,” Widder said.

But their excitement quickly turned to dread after lightning struck their ship about 30 minutes after seeing the squid, prompting fears the computer was destroyed, along with the loss of “the most amazing video you've ever seen,” they said. But luck was on their side, the equipment was safe. And, to top the sight of brown and yellow smoke being all the lightning left of an antenna, the scientists witnessed a waterspout was forming out on the ocean.

Despite the squall-scattered weather that downed their internet for a few hours and threatened their discovery, the team captured the footage. As calm returned to the ship the scientists acknowledged what they learned, notably that the giant squid was filmed not far from the Gulf oil field, and miles from one of the largest oil rigs on Earth.

“The creature of our wildest imagination is living not in a pristine deep, but among the heaviest tools of our energy infrastructure,” the researchers noted.