The sudden spike in gun retrieval directives is attributed in part to the record 27.5 million background checks fielded by NICS examiners last year. 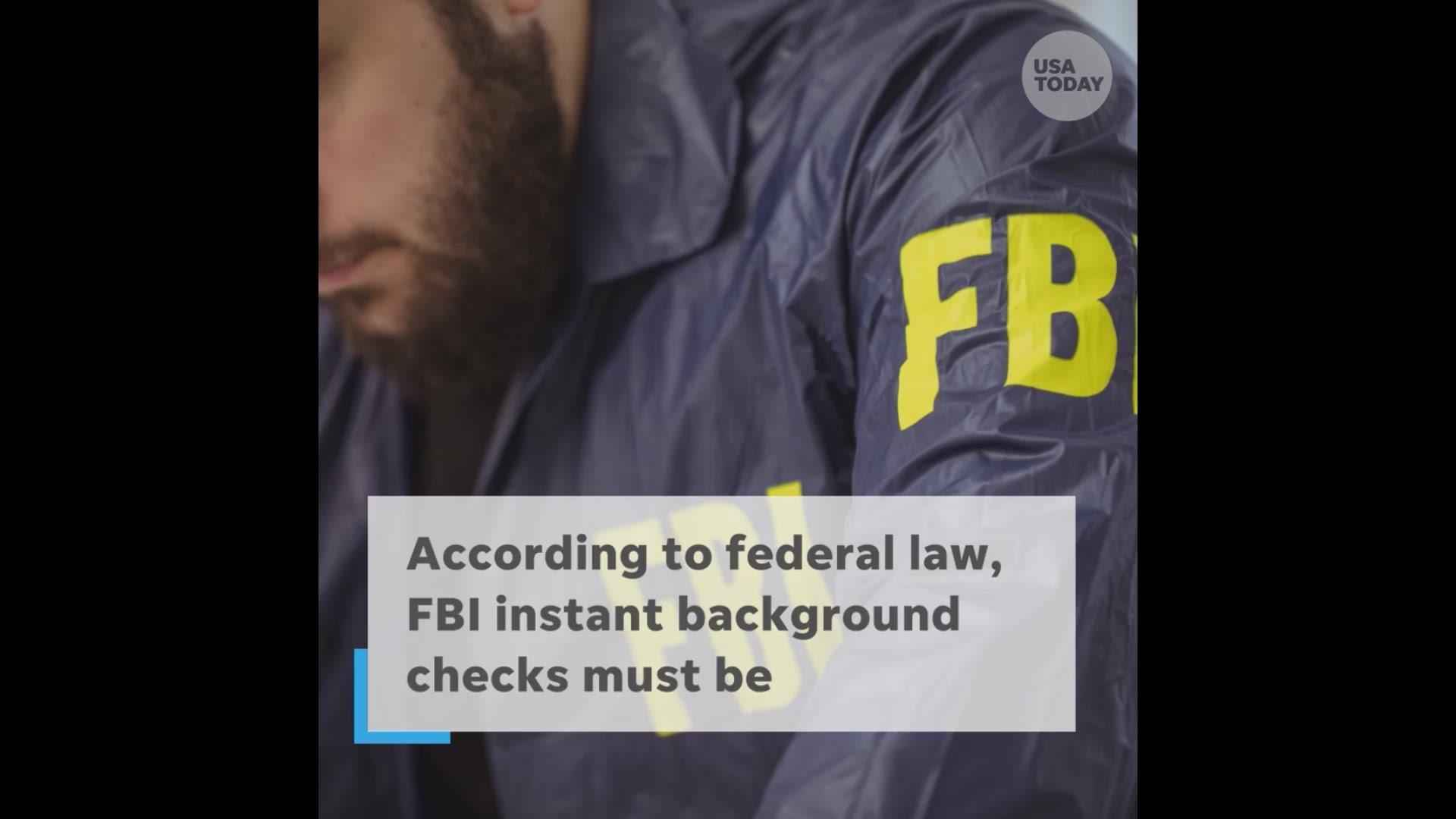 Federal authorities sought to take back guns from thousands of people the background check system should have blocked from buying weapons because they had criminal records, mental health issues or other problems that would disqualify them.

A USA TODAY review found that the FBI issued more than 4,000 requests last year for agents from the Bureau of Alcohol Tobacco Firearms and Explosives to retrieve guns from prohibited buyers.

It's the largest number of such retrieval requests in 10 years, according to bureau records – an especially striking statistic after revelations that a breakdown in the background check system allowed a troubled Air Force veteran to buy a rifle later used to kill 26 worshipers at a Texas church last month.

The FBI’s National Instant Criminal Background Check System (NICS) vets millions of gun purchase transactions every year. But the thousands of gun seizure requests highlight persistent problems in a system where analysts must complete background checks within three days of the proposed purchase. If the background check is not complete within the 72-hour time limit, federal law allows the sale to go forward. ATF agents are asked to take back the guns if the FBI later finds these sales should have been denied.

"These are people who shouldn't have weapons in the first place, and it just takes one to do something that could have tragic consequences," said David Chipman, a former ATF official who helped oversee the firearm retrieval program. "You don't want ATF to stand for 'after the fact.'"

It was not immediately clear how many gun seizure requests agents successfully executed last year or how many weapons were ultimately recovered. Since multiple firearms can be purchased in a single transaction, the actual number of guns that should have been banned could be even higher.

"They are very aware of the inherent risk to law enforcement officers when they (seek) a firearm retrieval," said Morris, who recently oversaw the bureau's background check operation based in West Virginia. "They feel tremendous pressure to make a determination" within the three-day period.

Review of the gun vetting system

The sudden spike in gun retrieval directives is attributed in part to the record 27.5 million background checks fielded by NICS examiners last year.

Yet the increase is notable in the wake of last month's decision by Attorney General Jeff Sessions to launch a sweeping review of the vetting system after a reporting breakdown allowed a troubled Air Force veteran to purchase a rifle. Devin Kelley later used the rifle in the Nov. 5 massacre at a Texas church.

Air Force officials have acknowledged that the service failed to transmit a record of Kelley's court martial for domestic assault to the FBI that would have made him ineligible for the 2016 purchase of the rifle. And on Tuesday, the Air Force said a preliminary review concluded that the reporting error was part of a broader problem within the service, indicating that "similar reporting lapses occurred at other locations" within the Air Force.

The Kelley case highlights longstanding problems with government databases that are rife with incomplete or inadequate record submissions. Morris said that NICS continues to depend on those databases that largely rely on voluntary record submissions from law enforcement agencies, the military and mental health authorities to guard against unauthorized firearm purchases.

The government's success record when it comes to retrieving guns that were improperly purchased has also been mixed.

The ATF declined to provide information on the 4,170 gun purchases the FBI referred for seizure last year. They reflect a substantial increase from 2,892 requests the previous year.

The FBI said the ATF is not required to report back on the status of the retrieval efforts.

Yet in 2004, the Justice Department's inspector general found that the ATF's retrieval efforts were plagued by staffing shortages, technological inefficiencies and a general lack of urgency that resulted in recovery delays of up to a year.

"ATF agents did not consider most of the prohibited persons who had obtained guns to be dangerous and therefore did not consider it a priority to retrieve the firearm promptly,'' report concluded.

A separate inspector general's report last year found marked improvement. Of 125 transactions examined between 2008 and 2014, investigators found that the ATF recovered 116 – or 93% – of the firearms.

Of the nine outstanding cases, five buyers could not be located. Two had already re-sold the firearms. One case was turned over to local authorities. And another was not pursued because the agency "did not have the resources to retrieve the firearm," the report found.

Larry Keane, general counsel for the firearm industry trade association National Shooting Sports Foundation, noted that the FBI's seizure directives represent only a small portion in the flood of of transactions that the bureau has been processing in recent years. On Black Friday alone, FBI examiners fielded more than 200,000 background check requests, a one-day record for the system.

"What we support are more resources for the NICS operation to process the volume of requests," Keane said.

Keane said there has been no discussion in the industry about extending the three-day time limit for completing background checks, adding that more than 90% of all checks are completed almost immediately after the request is forwarded to the FBI. He said less than 1% of all firearms transactions are later referred to the ATF for retrieval.

"We don't really see much reason for changing" the three-day time limit, Keane said, adding that some gun dealers elect not to transfer weapons until the FBI completes the check, even if it takes longer than three days.

However, the former ATF official Chipman called the 72-hour provision "reckless" and a concession to "the powerful gun industry that nobody wants to irritate."

For now, much of the attention on gun policy by lawmakers has focused on boosting compliance with current reporting requirements to the FBI.

Last month, a bipartisan group of senators led by Republican Sen. John Cornyn of Texas introduced legislation that would penalize federal agencies that fail to properly report relevant criminal and mental health records and provides incentives to states to improve their overall reporting to the NICS repository. The bill also directs more federal funding to the accurate reporting of domestic violence records.

“For years agencies and states haven’t complied with the law, failing to upload these critical records without consequence,” Cornyn said. "Just one record that’s not properly reported can lead to tragedy."