The next film in the Harry Potter spinoff series "Fantastic Beasts" will be coming out sooner than expected. 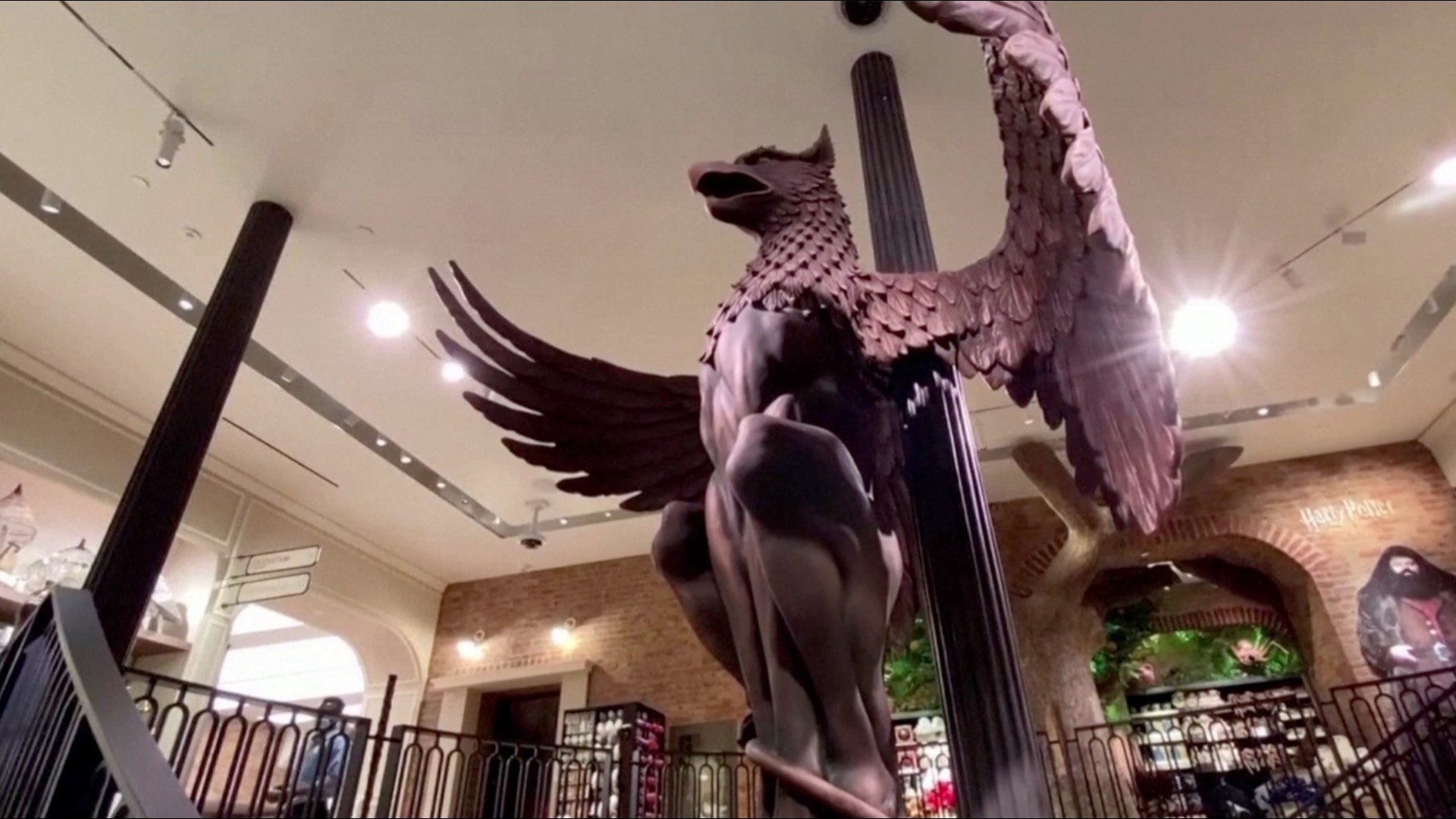 WASHINGTON — Editor's Note: The video above is from May 2021.

The third "Fantastic Beasts" film officially has a title. And, while so many other films have been pushed back by the coronavirus pandemic, the latest installment of the Harry Potter spinoff series will hit theaters three months earlier than originally planned.

Wizarding World, the official Harry Potter and "Fantastic Beasts" website confirmed Wednesday that the new film, "Fantastic Beasts: The Secrets of Dumbledore," heads to theaters on April 15, 2022, and potentially earlier in certain international markets. The film was originally scheduled to debut in July 2022.

"Professor Albus Dumbledore knows the powerful Dark wizard Gellert Grindelwald is moving to seize control of the wizarding world," the announcement teases. "Unable to stop him alone, he entrusts Magizoologist Newt Scamander to lead an intrepid team of wizards, witches and one brave Muggle baker on a dangerous mission, where they encounter old and new beasts and clash with Grindelwald’s growing legion of followers. But with the stakes so high, how long can Dumbledore remain on the sidelines?"

Eddie Redmayne will return for the third film as Scamander, as well as Jude Law playing Dumbledore.

The one big change fans can expect is with the movie's villain, Grindelwald. Played by Johnny Depp in the first two films in the series, Warner Bros. Studios announced in November 2020 that Mads Mikkelsen will take over the roll.

Warner Bros. asked for Depp to step down from the role following a failed libel lawsuit against British tabloid The Sun, over a 2018 article that referred to Depp as a “wife-beater.”

Harry Potter author J.K. Rowling wrote the screenplay and David Yates, who has directed every Harry Potter film since "Order of the Phoenix," will be back as well.

The franchise is still planning for two more films after "The Secrets of Dumbledore."