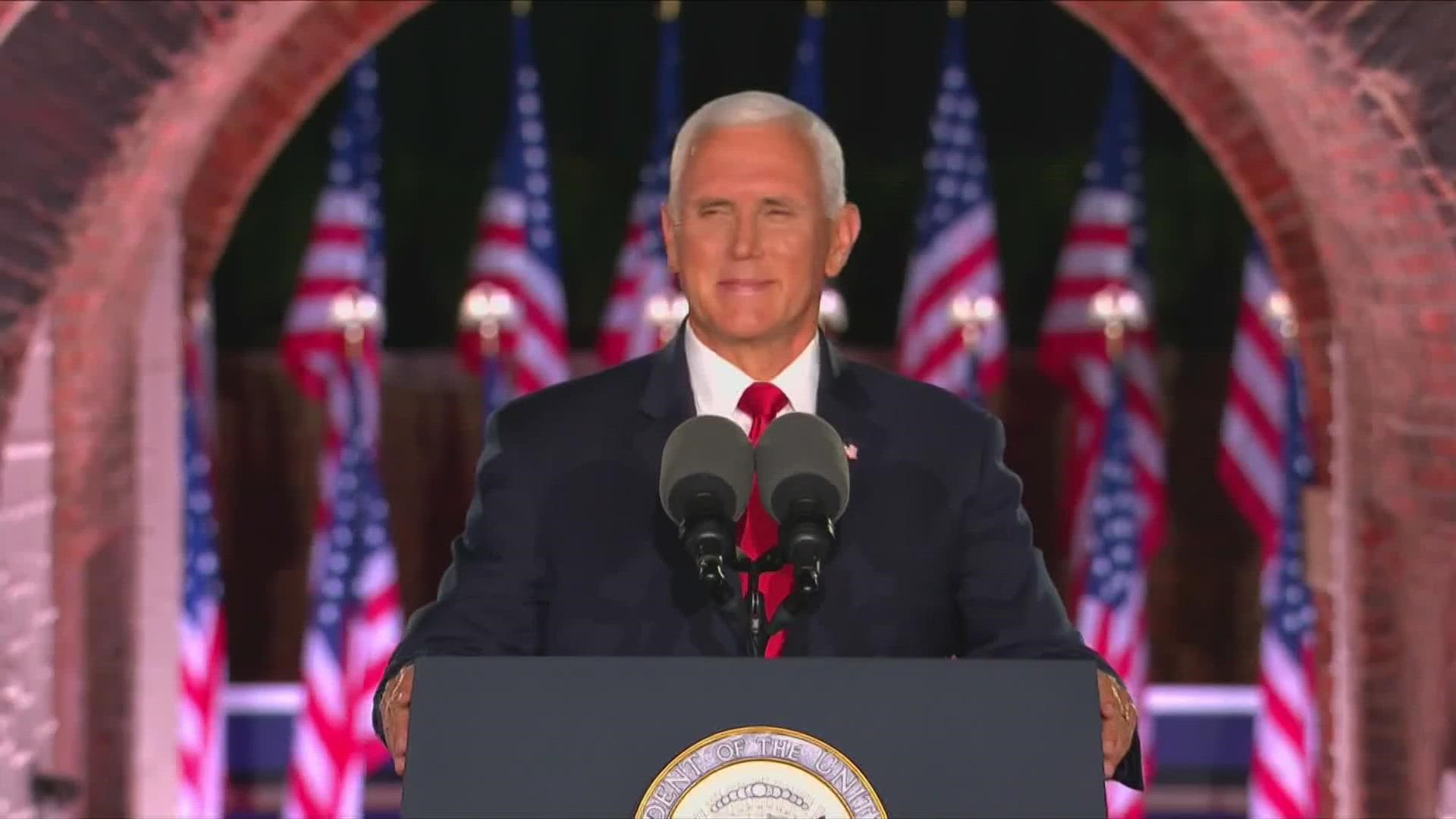 A former adviser to Vice President Mike Pence who served on the White House coronavirus task force says President Donald Trump once suggested that COVID-19 might be a good thing because it would stop him from having to shake hands with “disgusting people."

Olivia Troye is the latest former member of the Trump administration to speak out against him and urge voters to deny him a second term. She joins a growing list that includes Miles Taylor, former chief of staff at the Department of Homeland Security, and former White House communications director Anthony Scaramucci.

Trump said Thursday that he did not know Troye, who was Pence's homeland security adviser.

In a video released Thursday by the group Republican Voters Against Trump, Troye says working for Trump was “terrifying” and says he was more concerned about his reelection chances than about protecting the nation from the virus.

“The truth is he doesn't actually care about anyone else but himself,” she says.

Troye alleges that, during one task force meeting she attended, the president said: “'Maybe this COVID thing is a good thing. I don’t like shaking hands with people. I don’t have to shake hands with these disgusting people.'”

“Those disgusting people are the same people that he claims to care about. These are the people still going to his rallies today who have complete faith in who he is,” she says, insisting, “If the president had taken this virus seriously, or if he had actually made an effort to tell how serious it was, he would have slowed the virus spread, he would have saved lives."

Asked about Troye as he left the White House late Thursday for a campaign rally in Wisconsin, Trump said he had no idea who Troye is.

“She worked for the vice president. She was on the task force as some kind of a lower-level person. I have no idea who she is,” Trump told reporters. "I never met her to the best of my knowledge. Maybe she was in a room. I have no idea who she is. She doesn’t know me. It’s just another person that leaves, and whether it’s CNN or Washington Post, they say negative things.”

Trump said he had been told about the “most beautiful going away letter” written by Troye.

“She wrote a beautiful letter as I understand it, a letter praising the administration,” Trump said. “But then the people get a hold of her and say, ’Let’s say some bad things about Donald Trump.'”

The vice president's office released a copy of Troye's departure email, dated July 23 and addressed “Dear Task Force Members.” Pence chairs the task force. Troye opened the letter with praise for their dedication and commitment to “doing the right thing.”

The White House adamantly denied the exchange Troye described, with White House spokesperson Judd Deere saying “her assertions have no basis in reality and are flat out inaccurate."

He further dismissed Troye as “disgruntled" and said she generally watched task force meetings from an overflow staff room and was never in private meetings with the president.

“Ms. Troye is a former detailee and a career Department of Homeland Security staff member, who is disgruntled that her detail was cut short because she was no longer capable of keeping up with her day-to-day duties,” added Keith Kellogg, Pence's national security adviser, who said Troye reported to him and never once expressed concern about the administration's response.

Credit: AP
Vice President Mike Pence, right, accompanied by Seema Verma, Administrator of the Centers for Medicare and Medicaid Services, center, answers a reporters question about his former homeland security advisor Olivia Troye, who criticized President Donald Trump's handling of the pandemic, Thursday, Sept. 17, 2020, during a meeting on safety and quality for nursing homes in the Roosevelt Room of the White House in Washington. (AP Photo/Andrew Harnik)

Pence also pushed back, saying he hadn't read her comments “but it reads to me like one more disgruntled employee that has decided to play politics during election year.”

“I couldn’t be more proud of the work we’ve done," he added.

Trump himself told journalist Bob Woodward in recorded interviews that he intentionally downplayed the virus in public comments even though he was fully aware of the danger it posed. He is also a self-described germaphobe and denounced the practice of shaking hands before he ran for office.

Republican Voters Against Trump is one of several groups trying to persuade Republicans and others who once supported the president to vote for Biden.

“Never before have so many high-ranking staffers of an incumbent president opposed his reelection and endorsed his opponent,” Sarah Longwell, the strategic director of Republican Voters Against Trump, said in a statement.