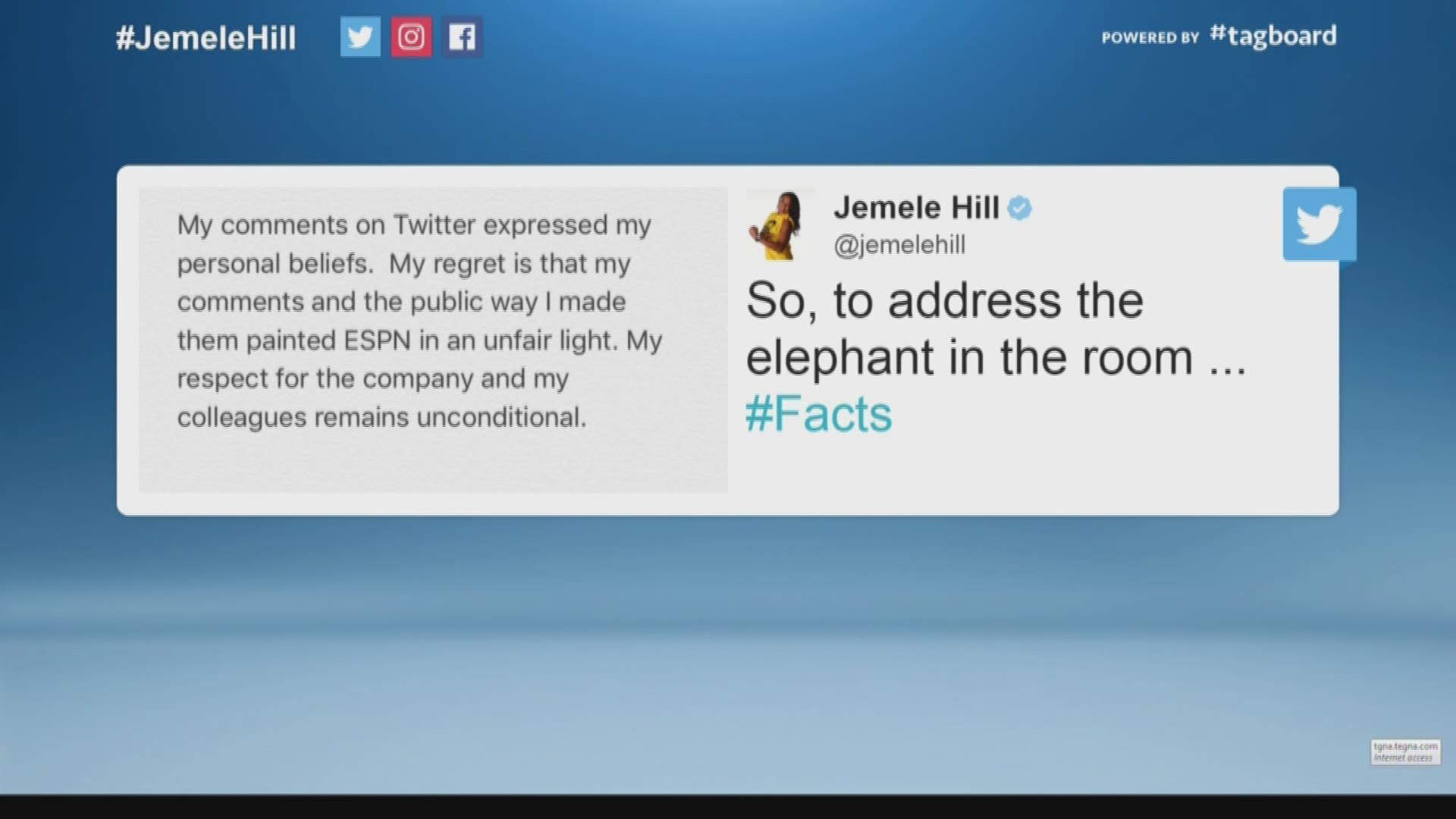 NEW YORK — ESPN is reminding employees of the network's policy to avoid talking about politics after radio talk show host Dan Le Batard criticized President Donald Trump and his recent racist comments and ESPN itself on the air this week.

The reminder went out Friday to all employees, including Le Batard, according to an ESPN employee who spoke on condition of anonymity Saturday because the person was not authorized to speak publicly about personnel matters.

ESPN has not spoken publicly about Le Batard's comments, including whether he faces any disciplinary action.

For ESPN, the episode raises comparisons to what happened following anti-Trump tweets by its former anchor Jemele Hill nearly two years ago. Following that case, and criticism among some conservatives about left-leaning remarks on ESPN's air, network president Jimmy Pitaro decreed that its employees should avoid political talk unless they're reporting on issues raised by sports figures.

Le Batard spoke in the wake of the president's rally in North Carolina, where Trump renewed his attacks on four Democratic congresswomen of color, prompting a chant from his audience of "send her back" directed at U.S. Rep. Ilhan Omar, of Minnesota. The ESPN host said he found the attacks on Omar to be un-American and deeply offensive, and that it was wrong of Trump to seek re-election by dividing people.

"We here at ESPN don't have the stomach for the fight," Le Batard said. "We don't talk about what is happening unless there is some sort of weak, cowardly sports angle that we can run it through."

Le Batard's criticism of ESPN's policy sets him apart from Hill, who in September 2017 tweeted on her personal account that Trump was a "white supremacist" and "bigot." The White House called that a fireable offense, but Hill apologized and the network accepted it.

She was suspended a month later for violating the network's social media policy when she tweeted in favor of an advertiser boycott against the Dallas Cowboys, whose owner Jerry Jones had said players who disrespected the American flag would not play on his team.

Hill has said she regretted putting her bosses in a difficult position, and amicably left ESPN within a year. She now writes for The Atlantic and has a weekly podcast on Spotify.

Along with the White House call for Hill's firing, Trump tweeted in October 2017 that "with Jemele Hill at the mike, it is no wonder ESPN ratings have 'tanked,' in fact, tanked so badly it is the talk of the industry!"