Egypt says archaeologists have unearthed dozens of ancient coffins in a vast necropolis south of Cairo. 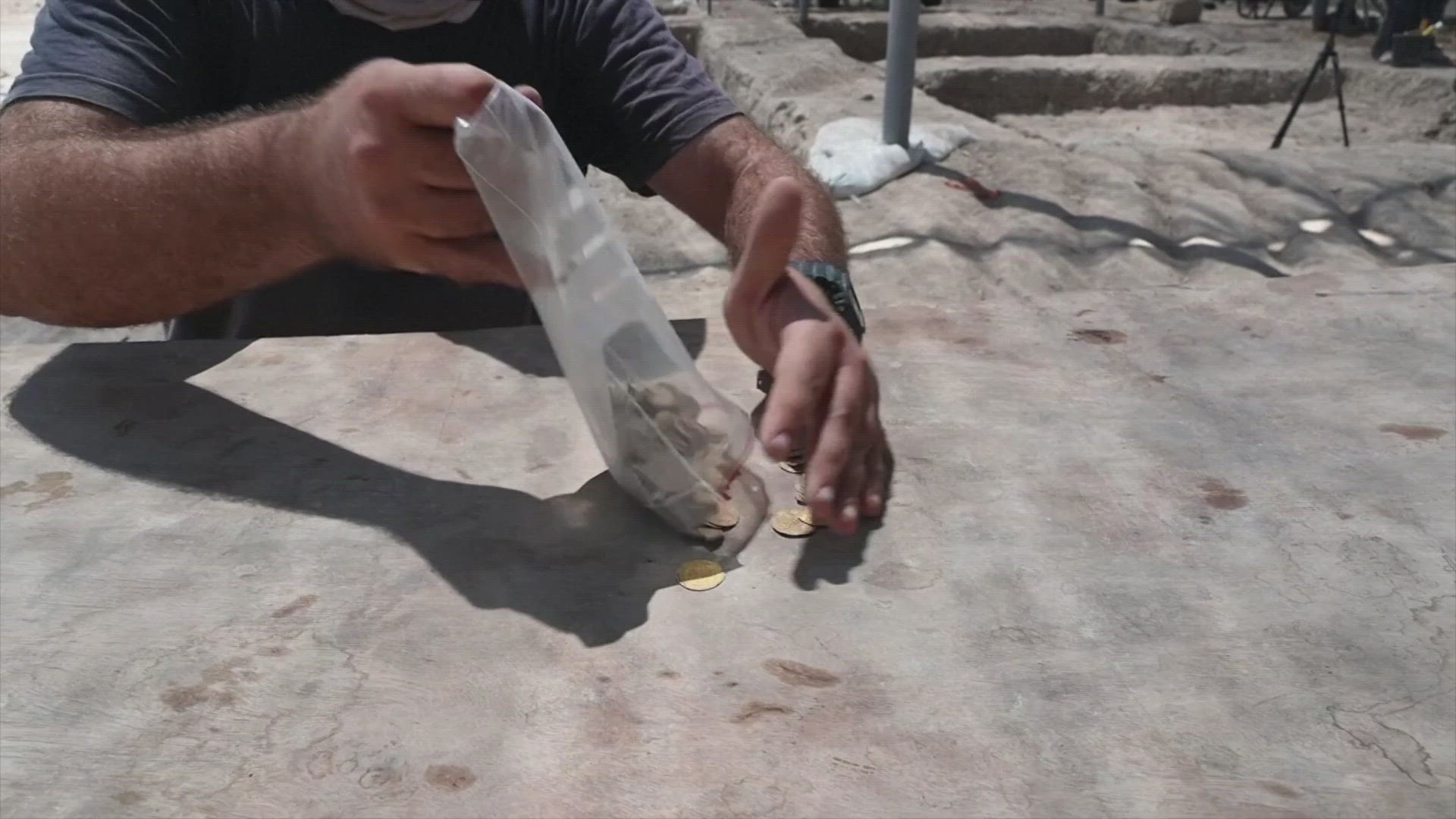 Egypt’s tourism and antiquities minster said on Saturday archaeologists have unearthed dozens of ancient coffins in a vast necropolis south of Cairo.

Khalid el-Anany said at least 59 sealed sarcophagi, with mummies inside most of them, were found that had been buried in three wells more than 2,600 years ago.

“I consider this is the beginning of a big discovery,” el-Anany said, adding that there is an unknown number of coffins that have yet to be unearthed in the same area.

He spoke at a news conference at the famed Step Pyramid of Djoser in Saqqara where the coffins were found. The sarcophagi have been displayed and one of them was opened before reporters to show the mummy inside. Several foreign diplomats attended the announcement ceremony.

The Saqqara plateau hosts at least 11 pyramids, including the Step Pyramid, along with hundreds of tombs of ancient officials and other sites that range from the 1st Dynasty (2920 B.C.-2770 B.C.) to the Coptic period (395-642).

Mostafa Waziri, secretary general of the Supreme Council of Antiquities, said initial studies show that the decorated coffins were made for priests, top officials and elites from the Pharaonic Late Period (664-525 B.C.).

Credit: AP
Khalid el-Anany, Egypt’s tourism and antiquities minister, right, and Mostafa Waziri, secretary-general of the country’s Supreme Council of Antiquities, left, stand over a sarcophagus at the Saqqara archaeological site, 30 kilometers (19 miles) south of Cairo, Egypt on Saturday, Oct. 3, 2020. El-Anany says at least 59 sealed sarcophagi with mummies inside were found in three wells at the vast necropolis, believed to have been buried there more than 2,600 years ago. (AP Photo/Mahmoud Khaled)

He said archaeologists also found a total of 28 statuettes of Ptah-Soker the main god of the Saqqara necropolis, and a beautifully carved 35 cm tall bronze statuette of god Nefertum, inlaid with precious stones. The name of its owner, Priest Badi-Amun, is written on its base, he said.

Egyptian antiquities officials had announced the discovery of the first batch coffins last month, when archaeologists found 13 of the containers in a newly discovered 11 meter-deep (36 feet) well.

The Saqqara site is part of the necropolis of Egypt’s ancient capital of Memphis that includes the famed Giza Pyramids, as well as smaller pyramids at Abu Sir, Dahshur and Abu Ruwaysh. The ruins of Memphis were designated a UNESCO World Heritage site in 1970s.

El-Anany said the Saqqara coffins would join 30 ancient wooden coffins that were discovered in October in the southern city of Luxor, and will be showcased at the new Grand Egyptian Museum, which Egypt is building near the Giza Pyramids.

The Saqqara discovery is the latest in a series of archeological finds that Egypt has sought to publicize in an effort to revive its key tourism sector, which was badly hit by the turmoil that followed the 2011 uprising. The sector was also dealt a further blow this year by the global coronavirus pandemic.

RELATED: Meet the Yakima man who strived to walk barefoot around the world