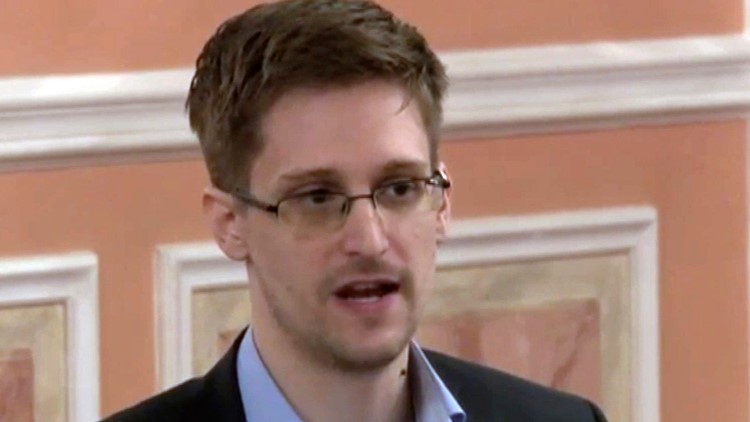 Snowden tells life story and why he leaked in new memoir

WASHINGTON — Former National Security Agency contractor Edward Snowden has written a memoir, telling his life story in detail for the first time and explaining why he chose to risk his freedom to become perhaps the most famous whistleblower of all time.

Snowden, who now lives in Russia to avoid prosecution in the U.S., says his seven years working for the NSA and CIA led him to conclude the U.S. intelligence community "hacked the Constitution" and put everyone's liberty at risk and that he had no choice but to turn to journalists to reveal it to the world.

"I realized that I was crazy to have imagined that the Supreme Court, or Congress, or President Obama, seeking to distance his administration from President George W. Bush's, would ever hold the IC legally responsible — for anything," he writes.

The book, "Permanent Record," is scheduled to be released Tuesday. It offers by far the most expansive and personal account of how Snowden came to reveal secret details about the government's mass collection of Americans' emails, phone calls and Internet activity in the name of national security.

This image provided by Metropolitan Books shows the cover of Edward Snowden's “Permanent Record." Snowden has written a memoir.
AP

His decision to turn from obscure IC wonk to whistleblower in 2013 set off a national debate about the extent of government surveillance by intelligence agencies desperate to avoid a repeat of the Sept. 11 attacks. Intelligence officials who conduct annual classified assessments of damage from Snowden's disclosures say the documents will continue trickling out into the public domain for years to come.

Though the book comes six years after the disclosures, Snowden, who fled first to Hong Kong and then Russia, attempts in his memoir to place his concerns in a contemporary context. He sounds the alarm about what he sees as government efforts worldwide to delegitimize journalism, suppress human rights and support authoritarian movements.

"What is real is being purposely conflated with what is fake, through technologies that are capable of scaling that conflation into unprecedented global confusion," he says.

The story traces Snowden's evolution from childhood, from growing up in the 1980s in North Carolina and suburban Washington, where his mother worked as a clerk at the NSA and his father served in the Coast Guard.

He came of age as the Internet evolved from an obscure government computer network and describes how a youthful fascination with technology — as a child, he took apart and reassembled a Nintendo console and, as a teenager, hacked the Los Alamos nuclear laboratory network — eventually led him to a career as an NSA contractor, where he observed high-tech spy powers with increasing revulsion.

Analysts used the government's collection powers to read the emails of current and former lovers and stalk them online, he writes.

One particular program the NSA called XKEYSCORE allowed the government to scour the recent Internet history of average Americans. He says he learned through that program that nearly everyone who's been online has at least two things in common: They've all watched pornography at one time or another, and they've all stored videos and pictures of their family.

He struggled to share his concerns with his girlfriend, who joined him in Russia and is now his wife.

Before summoning a small group of journalists to Hong Kong to disclose classified secrets, knowing that a return to the U.S. was impossible, he says he prepared like a man about to die. He emptied his bank accounts, put cash into a steel ammo box for his girlfriend and erased and encrypted his old computers.

These days, the 36-year-old Snowden lives in Moscow, where he remains outside the reach of a U.S. Justice Department that brought Espionage Act charges just weeks after the disclosures. He spends many of his days behind a computer and participating in virtual meetings with fellow board members at the Freedom of the Press Foundation. "I beam myself onto stages around the world" to discuss civil liberties, he writes.

When he does go out, he tries to shake up his appearance, sometimes wearing different glasses. He keeps his head down when he walks past buildings equipped with closed-circuit television. Once, he says, he was recognized in a Moscow museum and consented to a selfie request from a teenage girl speaking German-accented English.

It's unclear when or even if Snowden will return to a country where his family has deep roots. He traces his lineage back to the Mayflower and ancestors who fought in the Revolutionary War.

He was shaken by the Sept. 11 attacks, but describes his "reflexive, unquestioning support" for the wars that followed as the greatest regret of his life.

"It was as if whatever institutional politics I'd developed had crashed — the anti-institutional hacker ethos instilled in me online, and the apolitical patriotism I'd inherited from my parents, both wiped from my system — and I'd been rebooted as a willing vehicle of vengeance."