Demi Lovato is 90 days sober, her mother reveals: 'I couldn’t be more thankful'

Demi Lovato's mother said the singer has been 90 days sober after overdosing three months ago. 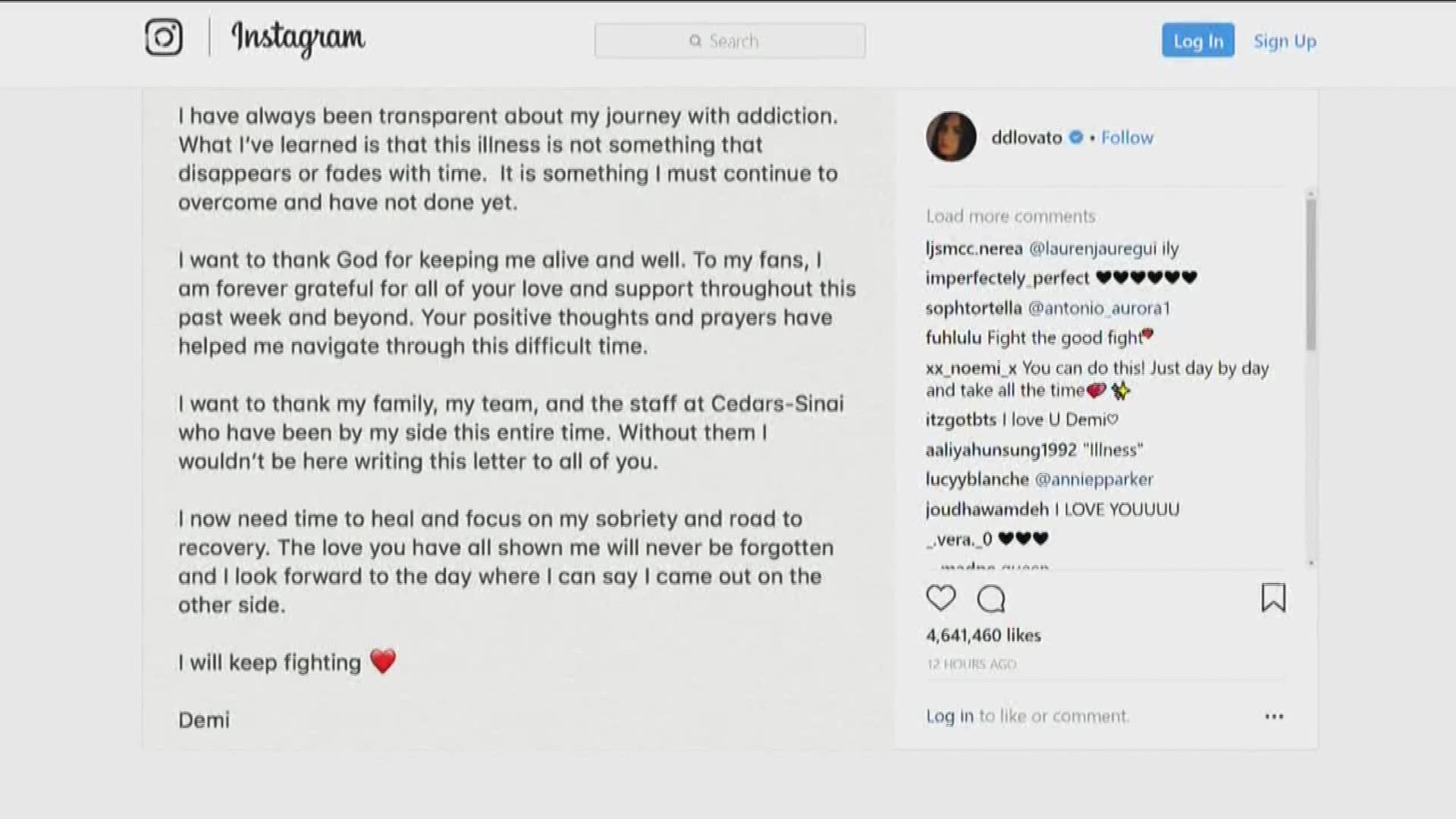 Demi Lovato has reached a milestone in her recovery, three months after overdosing.

“Yes, she has 90 days and I couldn’t be more thankful or more proud of her because addiction being a disease, it’s work,” De La Garza, 56, said on "Conversations with Maria Menounos."

"It's very hard, it's not easy, and there are no shortcuts," the mother of three said about sobriety, adding that she "can’t really say for sure" what triggered Lovato's relapse in July.

Lovato, 26, was transported to a hospital from a home in the Hollywood Hills on July 24 after a possible drug overdose, as first reported by TMZ and People.

De La Garza, who published her memoir "Falling With Wings: A Mother's Story," opened up about learning of the horrible news that she called "a nightmare for any parent."

“I was looking at my phone and I saw all these text messages coming in … and the one text message that clued me in on what was going on said, ‘I just saw on TMZ and I’m so sorry,’ ” she said.

“I was terrified to look at my phone,” De La Garza added, at first thinking her daughter might have died in a car accident.

In June, Lovato released her single "Sober," a regretful ballad in which she apologizes to her family and fans, admitting, "I'm so sorry, I'm not sober anymore." Just three months earlier, Lovato had celebrated remaining clean for six years during an emotional show at Brooklyn's Barclays Center.

However, De La Garza didn't know the extent of Lovato's relapse "because she doesn’t live with me. ... I just knew she wasn’t sober and that’s all I really knew at that time."

De La Garza said she received a call from her daughter's assistant, Kelsey Kershner, and rushed to the hospital to be by Lovato's side: “It was a rough two days."

"I can honestly say I didn't know what an opioid was at that time. ... We have all heard the word, but I didn't know anything about it until I started researching," she said.

Lovato has struggled with an eating disorder, self-mutilation and other issues, and entered rehab in 2010. She has spoken out about her battles over the years, detailing her recovery in the YouTube documentary "Simply Complicated," which was released last year.