The sharp increases from June are especially striking because crossings usually slow during stifling summer heat. 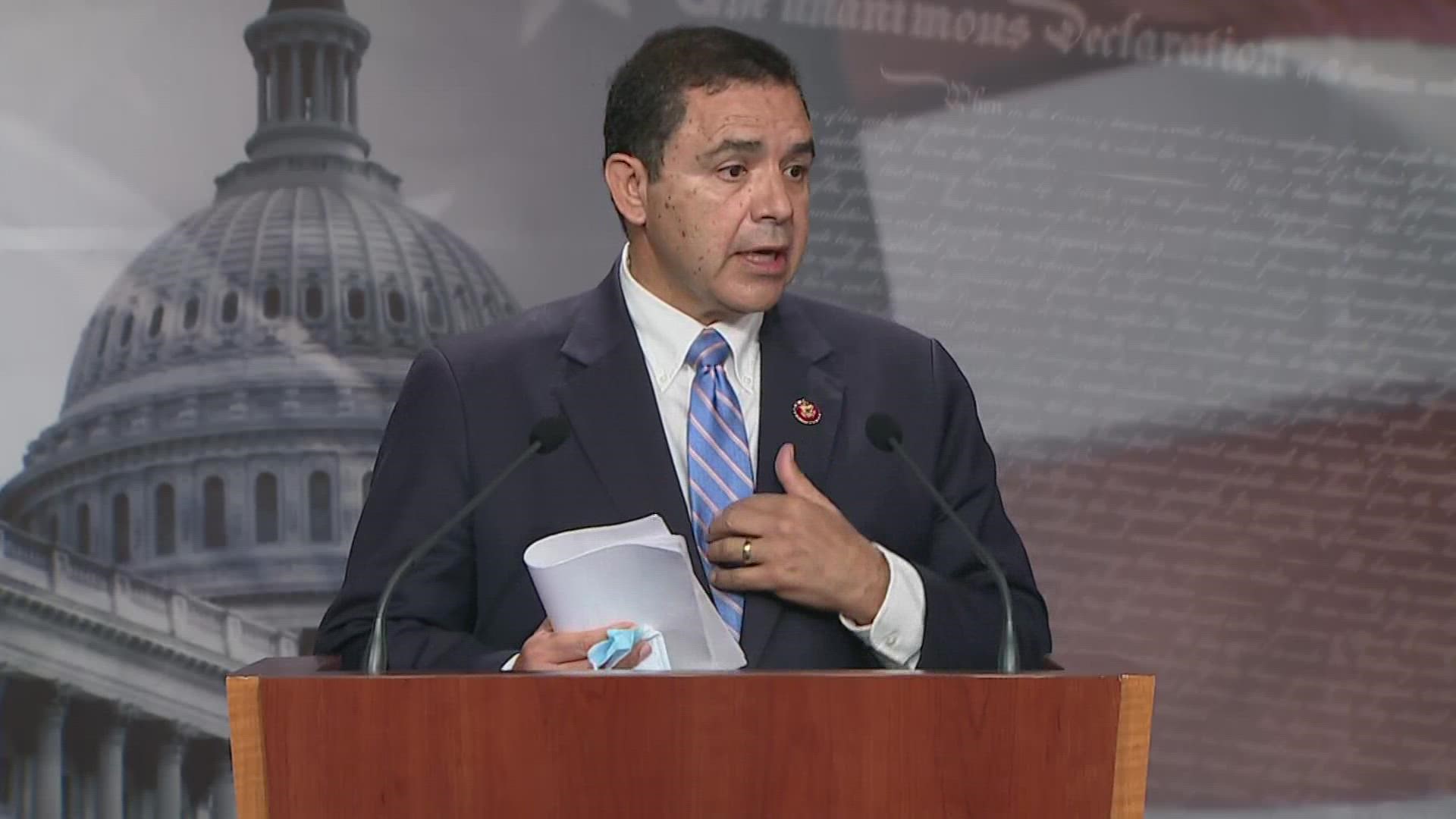 SAN DIEGO — The number of children traveling alone who were picked up at the Mexican border by U.S. immigration authorities likely hit an all-time high in July, and the number of people who came in families likely reached its second-highest total on record, a U.S. official said Monday, citing preliminary government figures.

The sharp increases from June were striking because crossings usually slow during stifling — and sometimes fatal — summer heat.

U.S. authorities likely picked up more than 19,000 unaccompanied children in July, exceeding the previous high of 18,877 in March, according to David Shahoulian, assistant secretary for border and immigration policy at the Department of Homeland Security. The June total was 15,253.

Overall, U.S. authorities stopped migrants about 210,000 times at the border in July, up from 188,829 in June and the highest in more than 20 years. But the numbers aren't directly comparable because many cross repeatedly under a pandemic-related ban that expels people from the country immediately without giving them a chance to seek asylum but carries no legal consequences.

The activity was overwhelmingly concentrated in the Border Patrol's Del Rio and Rio Grande Valley sectors in south Texas, accounting for more than seven of 10 people who came in families.

The government disclosures came in a court filing hours after immigrant advocacy groups resumed a legal battle to end the government's authority to expel families at the border on grounds it prevents the spread of the coronavirus.

Credit: AP
In this Thursday, June 10, 2021, file photo, a pair of migrant families from Brazil pass through a gap in the border wall to reach the United States after crossing from Mexico to Yuma, Ariz., to seek asylum. (AP Photo/Eugene Garcia, File)

On Monday, the Centers for Disease Control and Prevention renewed those emergency powers, known as Title 42 and named for a 1944 public health law. The Homeland Security Department said it would continue to enforce the ban on asylum for single adults and families despite growing pressure from pro-immigration groups that it isn't justified on public health grounds. Unaccompanied children are exempt.

“Title 42 is not an immigration authority, but a public health authority, and its continued use is dictated by CDC and governed by the CDC’s analysis of public health factors,” the department said in a statement.

The final count for July border arrests isn't expected for several days, but preliminary numbers are usually pretty close. Over the first 29 days of July, authorities encountered a daily average of 6,779 people, including 616 unaccompanied children and 2,583 who came in families, Shahoulian said.

The number of people stopped in families is expected to hit an all-time during for the 2021 fiscal year that ends Sept. 30, Shaoulian said, adding it will likely be higher if courts order that the pandemic-related powers be lifted.

The rising numbers have strained holding facilities, Shahoulian said. The Border Patrol had 17,778 people in custody on Sunday, despite a “COVID-19 adjusted capacity” of 4,706. The Rio Grande Valley sector was holding 10,002 of them.

The American Civil Liberties Union and other advocacy groups said Monday that they were ending settlement talks with the Biden administration over their demand to lift the pandemic-related ban on families seeking asylum.

“We are deeply disappointed that the Biden administration has abandoned its promise of fair and humane treatment for families seeking safety, leaving us no choice but to resume litigation," said Neela Chakravartula, managing attorney for the Center for Gender & Refugee Studies.

Since late March, the ACLU has been working with advocates to choose particularly vulnerable migrants stuck in Mexico for the U.S. government to allow in to seek asylum. ACLU attorney Lee Gelernt said the exemptions will continue for another week.

“Seven months of waiting for the Biden administration to end Title 42 is more than enough,” Gelernt said.

The breakdown reflects growing tensions between advocates and the administration over use of expulsions and the government's decision last week to resume fast-track deportation flights for families to Guatemala, El Salvador and Honduras.

Last week, the International Rescue Committee and HIAS also said they were ending efforts to help the administration choose asylum-seekers to exempt from the pandemic-related ban. The asylum advocacy groups had been working on a parallel track with the ACLU to identify particularly vulnerable migrants stuck in Mexico.

The CDC said Monday that the ban would remain until its director “determines that the danger of further introduction of COVID-19 into the United States from covered noncitizens has ceased to be a serious danger to the public health.”