Biden bound for global summits as domestic agenda in limbo

Before leaving Washington, Biden was pitching House Democrats to get behind a scaled-back $1.75 trillion ‘framework’ that he believes could pass the 50-50 Senate. 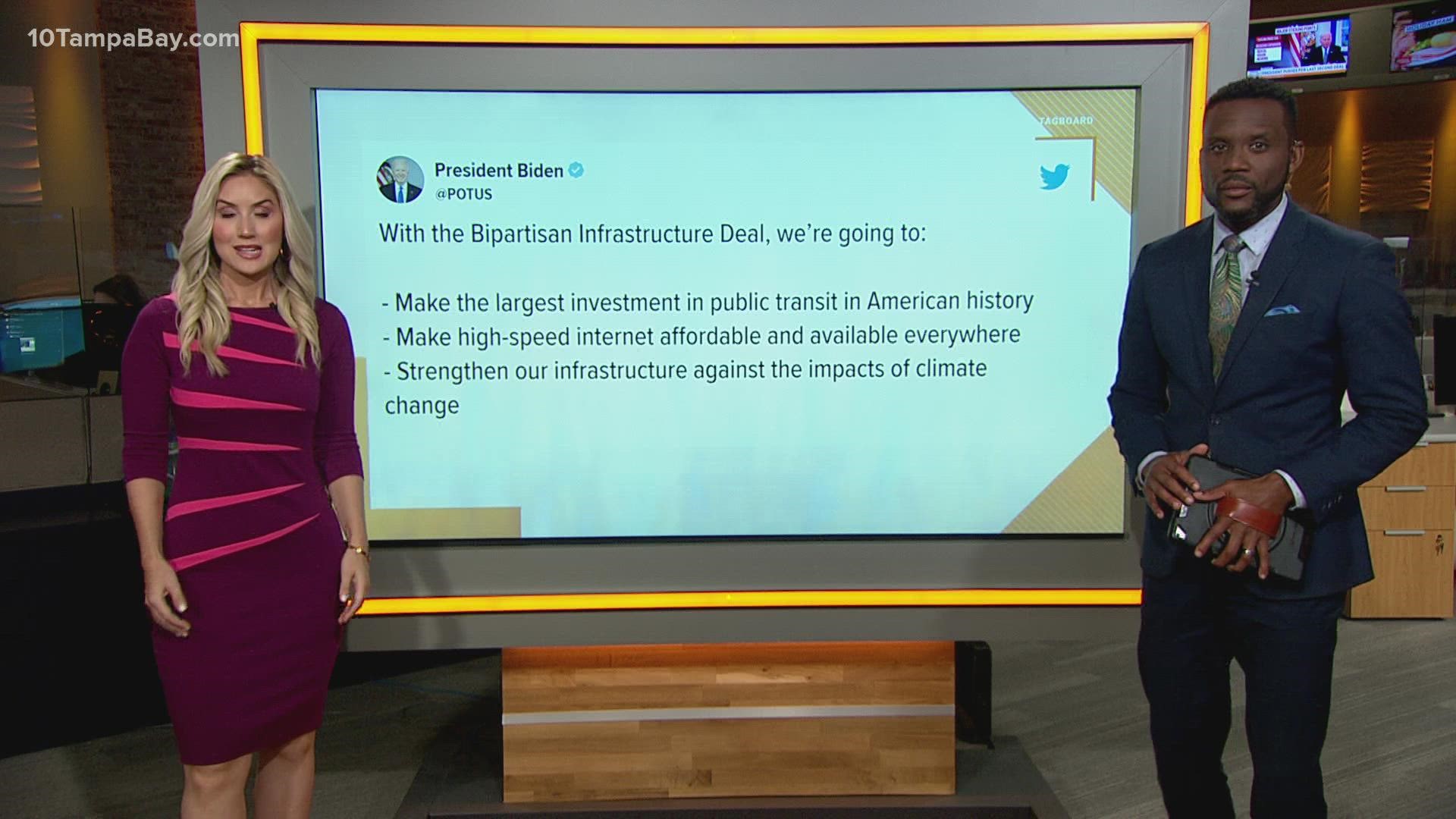 WASHINGTON — President Joe Biden promised to show the world that democracies can work to meet the challenges of the 21st century. As he prepares to push that message at a pair of global summits, his case could hinge on what's happening in Washington, where he is rushing to finalize a major domestic legislative package.

Headed first to Rome and then to Glasgow, Scotland, Biden will be pressed to deliver concrete ideas for stopping a global pandemic, boosting economic growth and halting the acceleration of climate change. Those stakes might seem a bit high for a pair of two-day gatherings attended by the global elite and their entourages. But it's written right into the slogan for the Group of 20 meeting in Rome: “People, Planet, Prosperity.”

Biden, who planned to deliver East Room remarks on his domestic agenda before boarding Air Force One on Thursday, has promised to align U.S. diplomacy with the interests of the middle class. This has tied any success abroad to his efforts to get Congress to advance his environmental, tax, infrastructure and social policies. It could be harder to get the world to commit to his stated goals if Americans refuse to fully embrace them, one of the risks of Biden’s choice to knit together his domestic and foreign policies.

Before leaving Washington, Biden was pitching House Democrats to get behind a scaled-back $1.75 trillion ‘framework’ that he believes could pass the 50-50 Senate. It remained to be seen whether lawmakers would embrace the package or send Biden back to the negotiating table, as some key-priorities like paid family leave and steps to lower prescription drug costs were excised from the bill, which will be paid for with hiked taxes on the nation's wealthiest and corporations.

Biden’s trip abroad comes as he faces an increasingly pessimistic nation at home, and souring views of his handling of the nation’s economy. According to a new poll from The Associated Press-NORC Center for Public Affairs Research, just 41% of Americans now approve of Biden’s economic stewardship, down from 49% in August and a sharp reversal since March, when 60% approved.

Americans are split on Biden overall, with 48% approving and 51% disapproving of his handling of his job as president. Only about a third of Americans say the country is headed in the right direction, also a significant decline since earlier this year when about half said so.

One consequence of Biden's decision to so closely link up his domestic and foreign policies is that both are now at the mercy of West Virginia Sen. Joe Manchin and Arizona Sen. Kyrsten Sinema, whose votes are essential in a Senate evenly split between Democrats and Republicans. Biden aides have hoped for, among other things, a more than $500 billion investment to combat climate change in the United States, which would help efforts to persuade China and other nations to make investments of their own in renewable energy.

“It’d be very, very positive to get it done before the trip,” Biden said Monday.

But as talks slogged on, administration officials began to play down the significance of Biden's spending plan still hovering in limbo rather than being locked down. White House press secretary Jen Psaki stressed that the president can still work the phones from Rome, the city that gave birth to the word “Senate.” She suggested on Wednesday that foreign leaders can see beyond ongoing back-room talks with U.S. lawmakers in order to judge Biden’s commitment.

“They don’t look at it through the prism of whether there is a vote in one body of the legislative body before he gets on an airplane,” Psaki said.

Reaching for a deal that has had a perilous journey thus far, the president is beginning his trip abroad with an expert in the power of prayer. Biden, the nation’s second Catholic president, will meet Friday with Pope Francis at the Vatican in a visit that is part personal for the intensely religious commander in chief and part policy, particularly around matters of climate and confronting autocracies.

Biden will also pay a visit to the Italian hosts of the G-20 summit before he sits down with French President Emmanuel Macron. Biden is trying to close a rift with France created when the U.S. and U.K. agreed to provide nuclear-powered submarines to Australia, supplanting a French contract in the process.

Biden is also expected to meet with Turkish President Recep Tayyip Erdoğan, who backed down just days ago from threats to expel Western diplomats and whose purchase of Russian surface-to-air missiles has upended his country's participation in the F-35 fighter program.

In those and other meetings, Biden is expected to address the Iranian nuclear threat, and Iran's announcement that it could return to talks next month in Vienna.

He is also set to continue to press wealthier U.S. allies to step up their commitments to share COVID-19 vaccines with lower- and middle-income countries. Some nations have been slow to deliver on ambitious pledges and others have largely stayed on the sidelines. Biden will argue that the pandemic can't be ended until vaccines are available widely, and that democracies can't let Chinese and Russian vaccine diplomacy — which often comes with strings attached — take root globally.

Biden will have little interaction with those two most significant of American rivals, as China's Xi Jinping and Russia's Vladimir Putin participate in the summits only virtually because of the pandemic threat. Those two leaders are critical for broader climate issues at a time of rising energy prices. China has committed to increase coal mining ahead of winter, while Russia's natural gas reserves give it a degree of political power over parts of Europe.

Beyond the policies and personalities that will be prominent in Biden's trip, the president will be trying to make the case for democracy itself, arguing that essential aspects — fair elections and representative government — are superior to autocracies in good times and bad.

Heading to Scotland on Sunday night for the climate summit, Biden will lead a large U.S. delegation that he hopes will showcase America's plans to address the threat of climate change. It's a sharp reversal from former President Donald Trump, who withdrew the U.S. from the Paris climate accord.

Biden is set to deliver a significant address on climate change and attempt to reclaim the mantle of American leadership. One of the key objections to shifting away from oil and other fossil fuels has been the costs, but the president has been making the claim that nature is already exacting a price with extreme weather from climate change.

The president noted in a Monday speech in New Jersey that storms, floods, fires and other disasters exacerbated by climate change have already cost the U.S. $100 billion this year.

“We’re going to address the root cause of ever-increasing extreme weather and destruction: the climate crisis — we have a climate crisis,” Biden said.