The ban does not apply to schools within or adjacent to Native American areas, as long as the nearest tribe is consulted and authorizes the use of the name. 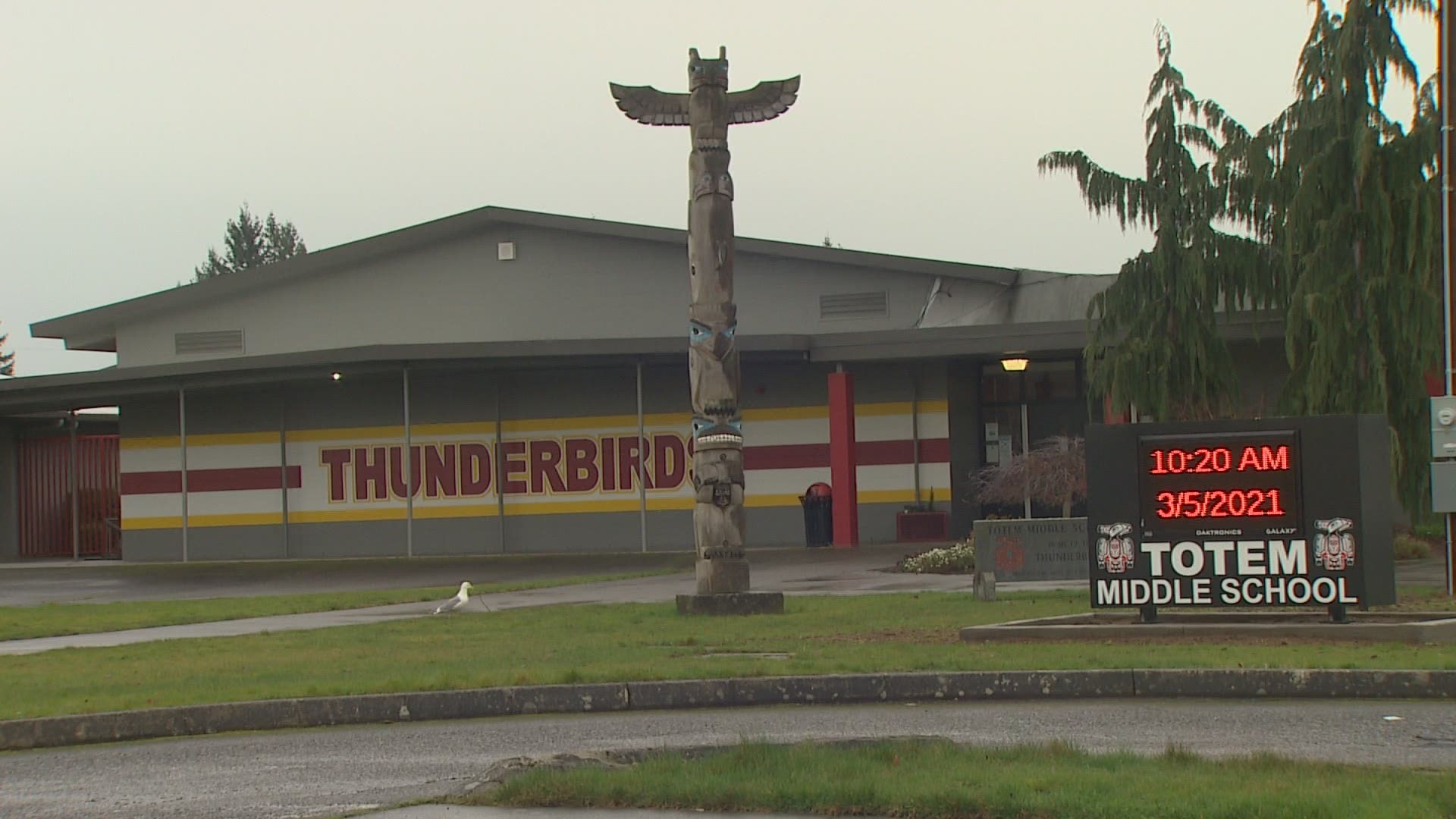 OLYMPIA, Wash. — The Washington Senate has approved a measure to ban the use of Native American names, symbols and images as school mascots, logos and team names at most public schools in Washington.

The bill passed the Democratic-led chamber on a bipartisan 40-9 vote Tuesday night and now heads back to the House — which passed the measure in February — for a final vote. The House will need to concur with a change made by a Senate committee that added a grant program to help support schools that incur costs related to the proposed change.

Once the House concurs and the measure is signed by Gov. Jay Inslee, the ban would take effect Jan. 1. Under the measure, school districts would have some time to phase out the mascot, team name or logo, but they would be required to select a new mascot by Dec. 31 to take effect by the end of the 2021-22 school year.

Starting in 2022, they would not be able to purchase uniforms that include the old mascot or name.

RELATED: Tribes would get final say in Washington proposal to ban Native mascots at schools

RELATED: Native American mascots would be banned at Washington schools under bill

The Washington state Office of Superintendent of Public Schools estimates there are more than 30 schools in the state that currently use Native American names, symbols or images. A fiscal note attached to the bill notes that costs to school districts would vary based on the number of items that would need to be replaced, including sports and club uniforms, flags, banners and other materials.

The state Board of Education has adopted two resolutions — in 1993 and again in 2012 — discouraging the use of Native American mascots.

The National Congress of American Indians says there are about 1,900 schools nationwide that continue to use tribal mascots.