What appeared to be a shipment of hot chili sauce actually contained hundreds of pounds of meth, according to police. 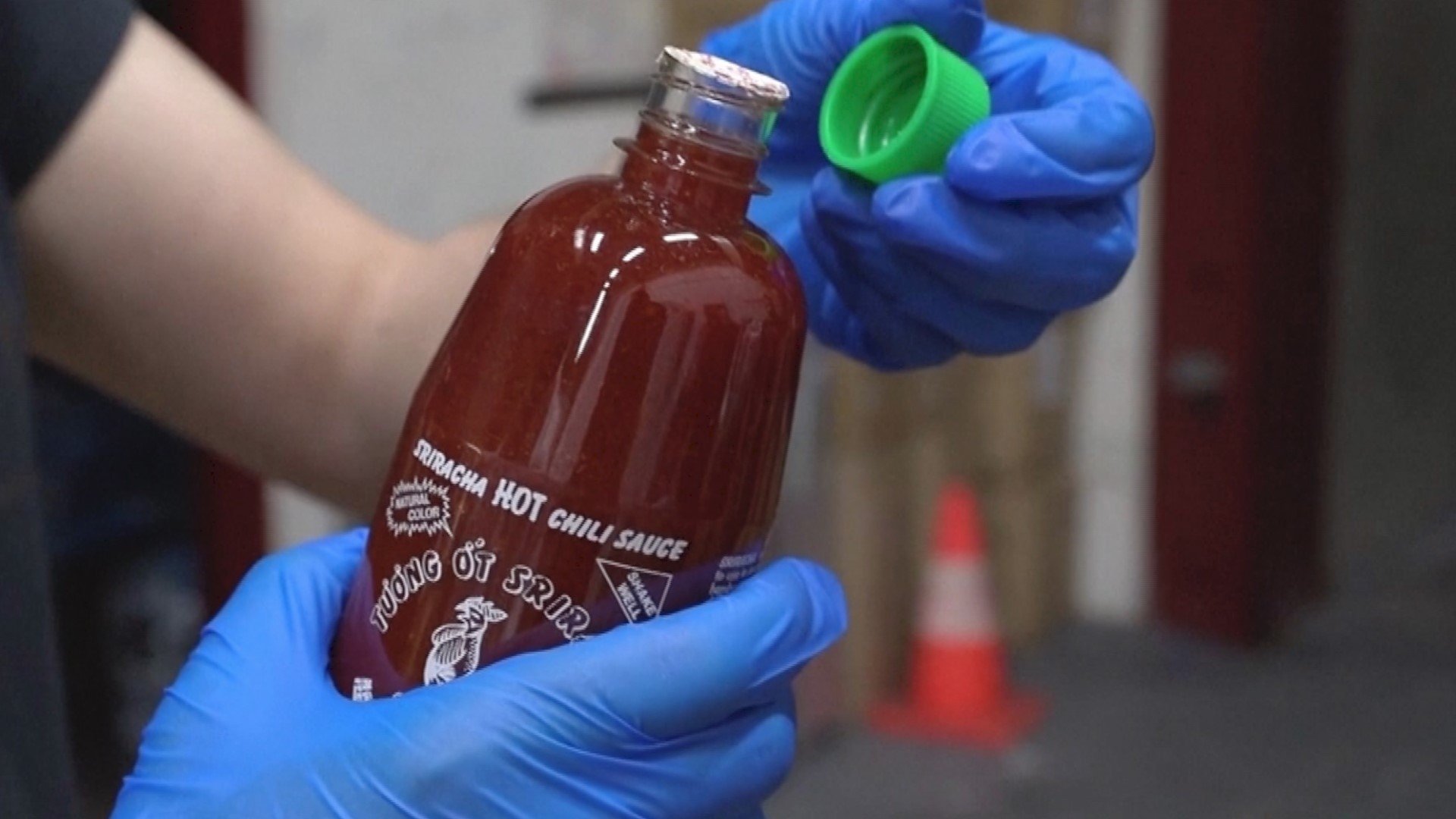 Authorities in Australia recently discovered $200 million worth of meth hidden in a shipment of sriracha bottles that were being imported from the U.S.

The New South Wales Police Force announced Thursday it found the drugs on Oct. 15 while targeting an air cargo shipment that had arrived in Sydney from the U.S.

In total, police said they found about 881 pounds of meth, worth more than 300 million Australian dollars or about $200 million in the U.S.

Earlier this month, authorities arrested and charged three men in their 30's in connection with the alleged meth smuggling operation. A fourth man was arrested Thursday, police said.

Australian authorities said the four men were "key members" of a criminal network and they're working to identify others linked to the group.

RELATED: Almost half a million dollars worth of cocaine found at Sarita checkpoint

Credit: NSW Police Force
Authorities in Australia recently discovered $200 million worth of meth hidden inside bottles of sriracha imported from the U.S.

“This detection should serve as a warning to criminal groups that no matter how clever you think you are being in the way that you attempt to conceal and move your drugs, our officers have the skills, technology and the resources to find them and track down the people who are attempting to bring them in,” Commander O'Connor said in a statement.

Credit: NSW Police Force
Authorities in Australia recently discovered $200 million worth of meth hidden inside bottles of sriracha imported from the U.S.