American Airlines is planning to put the Boeing 737 MAX back in its schedule before the end of 2020, assuming federal regulators clear the plane to fly again. 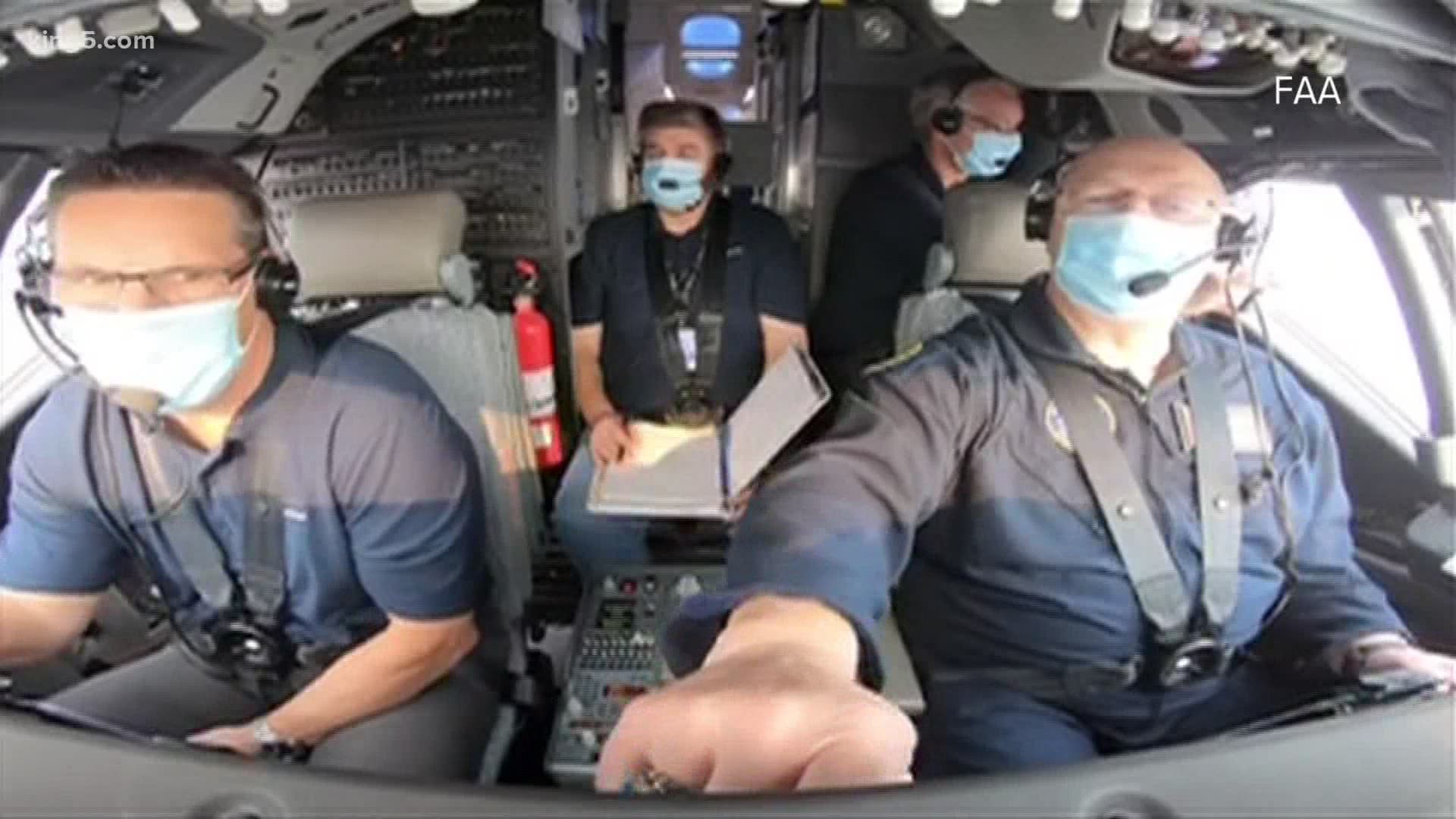 Editor's note: The attached video is from Sept. 30.

The Boeing 737 MAX might be flying over the East Coast before year end.

All MAX jets around the world have been grounded since early 2019 after two deadly crashes.

American Airlines says it plans to operate one MAX flight a day from Dec. 29 through Jan. 4 between Miami and New York.

American is still considering how much it will use the plane after that.

The airline says it will begin selling the flights on Friday.

“We remain in contact with the (Federal Aviation Administration) and Boeing on the certification process, and we’ll continue to update our plans based on when the aircraft is certified,” spokeswoman Sarah Jantz said in a statement to the Associated Press.

The airline said that customers won't be automatically rebooked on a MAX if their original flight plan changes.

Federal regulators are currently reviewing Boeing's changes to the plane. In all, 346 people died in crashes of MAX jets in Indonesia and Ethiopia.

Late last month, the head of the FAA conducted a test flight of the revamped 737 MAX jetliner. FAA Administrator Stephen Dickson, a pilot who flew for the military and Delta Air Lines, sat in the captain’s seat during a two-hour flight.

Meanwhile, Europe’s aviation regulator is closing in on a decision to allow the Boeing 737 MAX to return to the air, according to a report.

Bloomberg reported that the European Aviation Safety Agency’s (EASA) executive director, Patrick Ky, said he is satisfied that changes to the jet have made it safe enough to return to the skies before the end of the year. EASA said Friday the article was accurate.