Trebek said as the new year begins, they should focus on completing 2020 as cancer survivors. 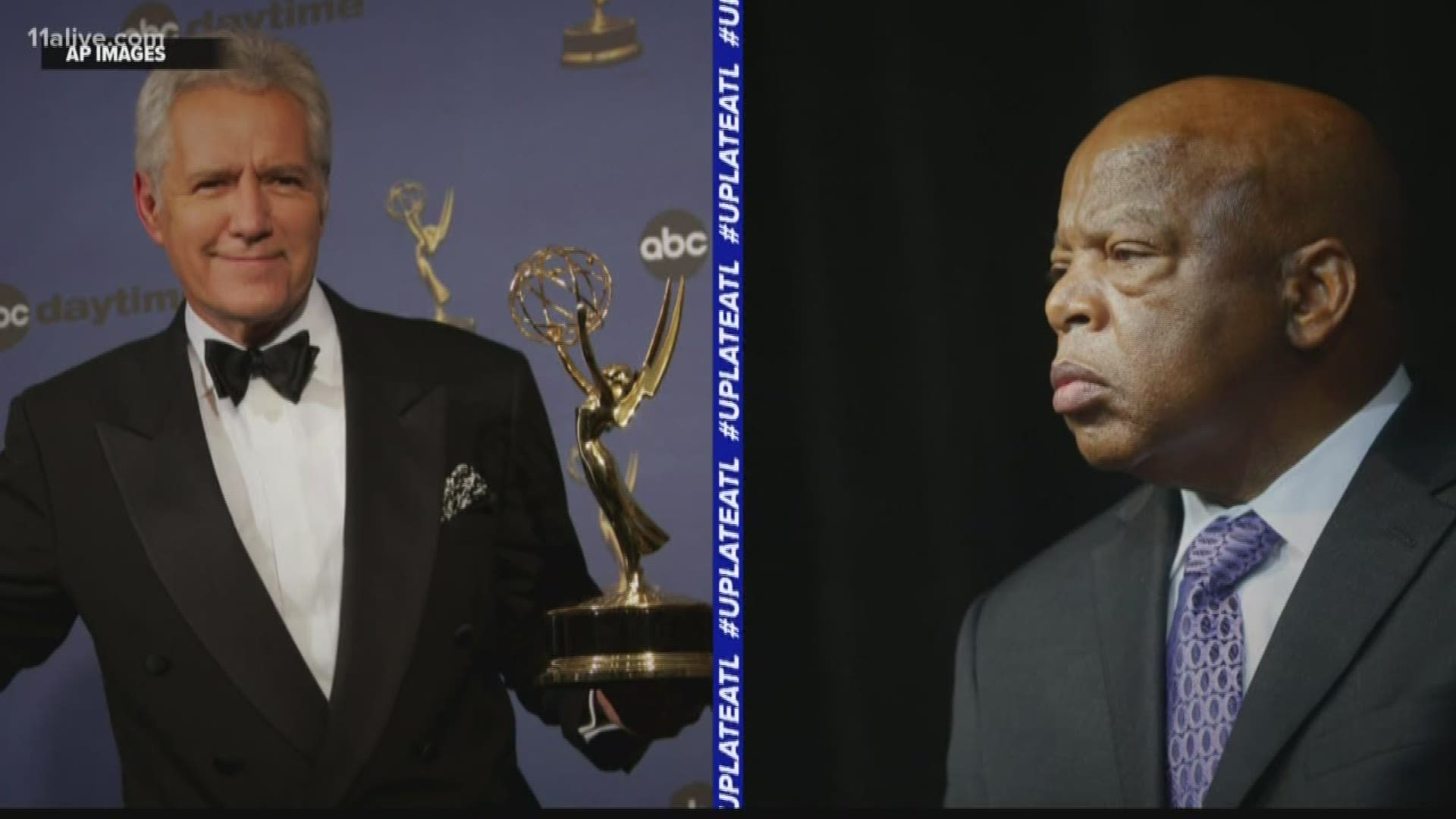 Alex Trebek has a message of support for Congressman John Lewis as both fight pancreatic cancer.

Trebek said as the new year begins, they should focus on completing 2020 as cancer survivors.

The Georgia Democrat announced his diagnosis of advanced pancreatic cancer in late December. He released a statement regarding his prognosis and "plans to continue to serve the people of the 5th Congressional District of Georgia."

“I have been in some kind of fight – for freedom, equality, basic human rights – for nearly my entire life. I have never faced a fight quite like the one I have now," Lewis said.

Credit: (AP Photo/Charles Dharapak)
Civil rights activist and Rep. John Lewis, D-Ga. is introduced before speaking at the unveiling of a U.S. Postal Service stamp commemorating the 50th anniversary of the March on Washington, Friday, Aug. 23, 213, at the Newseum in Washington.

“Jeopardy!” host Trebek made his illness public last March and has shared his progress and setbacks. In a video message first posted on the show's YouTube page, Trebek said he was sharing the news to keep with his policy of being open and transparent with the show's fan base.

"And with the love and support of my family and friends and with the help of your prayers also, I plan to beat the low survival rate statistics for this disease," he said when he first announced his diagnosis.

RELATED: Alex Trebek describes how his final episode of 'Jeopardy!' will end

Trebek continues hosting the quiz show, and took on a special prime-time contest as well.

Sophie's Nightmare: How a Georgia mother allowed her boyfriend to impregnate her 10-year-old

Squirrel damage over Christmas vacation shocks family when they return