Stars are wearing the pin to promote the sexual harassment prevention initiative Time's Up. 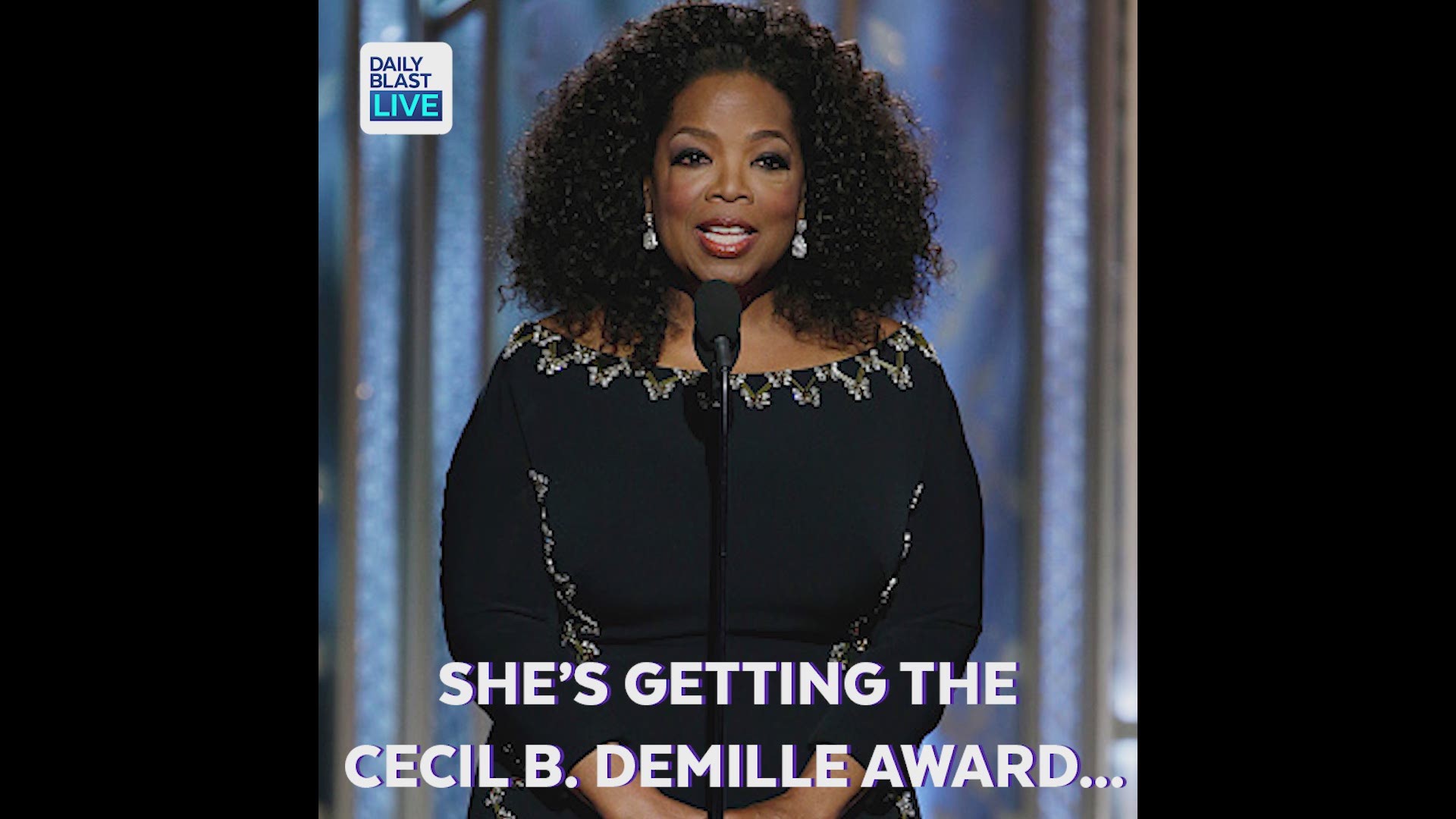 Some Hollywood stars arrived to the Golden Globes with an accessory of activism. The L.A. Times reports that several actresses brought an advocate for equality as their date to the Globes, including Meryl Streep, Reese Witherspoon, and Emma Watson. Shailene Woodley brought Calina Lawrence, a member of the Suquamish Tribe in Washington state. She advocates for Native Treaty Rights, the "Water is Life" movement and the #NoLNG253 campaign led by the Puyallup Tribe. Woodley tweeted about her guest:

SO HONORED AND MOVED AND GRATEFUL to be walking this life hand in hand with my dear sister @Calina_Lawrence. today, we will walk the red carpet at the #goldenglobes together to hold the space for both solidarity and accountability on the imbalance of power between women and men.

From blue to silver ribbons to Planned Parenthood pins, awards show red carpets have become a place for celebrities to express their support for timely initiatives. At Sunday's Golden Globes, we're seeing a new addition: Time's Up pins.

Stars are wearing the black-and-white accessory at the awards show to promote the sexual harassment prevention initiative of the same name launched Monday.

The initiative, which is dedicated to confronting abuse of power and promoting racial and gender equality in the workplace, came in response to the sexual harassment allegations rocking the entertainment industry. Reese Witherspoon, Eva Longoria, Shonda Rhimes, Ashley Judd and Natalie Portman were among hundreds who signed an open letter pledging to support working-class women with legal help to hold wrongdoers accountable.

Witherspoon was the star responsible for commissioning the small-but-powerful pins, asking costume designer and stylist Arianne Phillips to design them, according to The Hollywood Reporter.

“Reese asked me to come to the actors' group, and told me they were going to be wearing black and would I consider creating a pin for the nominees and male presenters," Phillips told the entertainment magazine. "I met so many great women, and it was such an honor to be called to action."

According to THR, Phillips sought the help of Los Angeles jewelry designer Michael Schmidt and other creatives to design the Time's Up logo and created 500 pins in just two weeks.

Phillips posted a photo of herself wearing the pin on her Instagram Friday.

"Golden Globe viewing party planning y'all... let's all toast & post in solidarity with women on the red carpet and everywhere standing up for change," she wrote in the photo's caption along with the hashtag #timesup.

This isn't the only statement-making fashion choice on the red carpet this year — stars are also donning black attire to protest inequality.

"I am wearing black today because balance and inclusion and diversity is not some kind of allowance to be made to accommodate people. No, sir. It is a correction of an error. It is a righting of a wrong. And it is going to be done. Now. #TimesUp," DuVernay tweeted Sunday.

I am wearing black today because balance and inclusion and diversity is not some kind of allowance to be made to accommodate people. No, sir. It is a correction of an error. It is a righting of a wrong. And it is going to be done. Now. #TimesUp pic.twitter.com/nVkhWubEwq