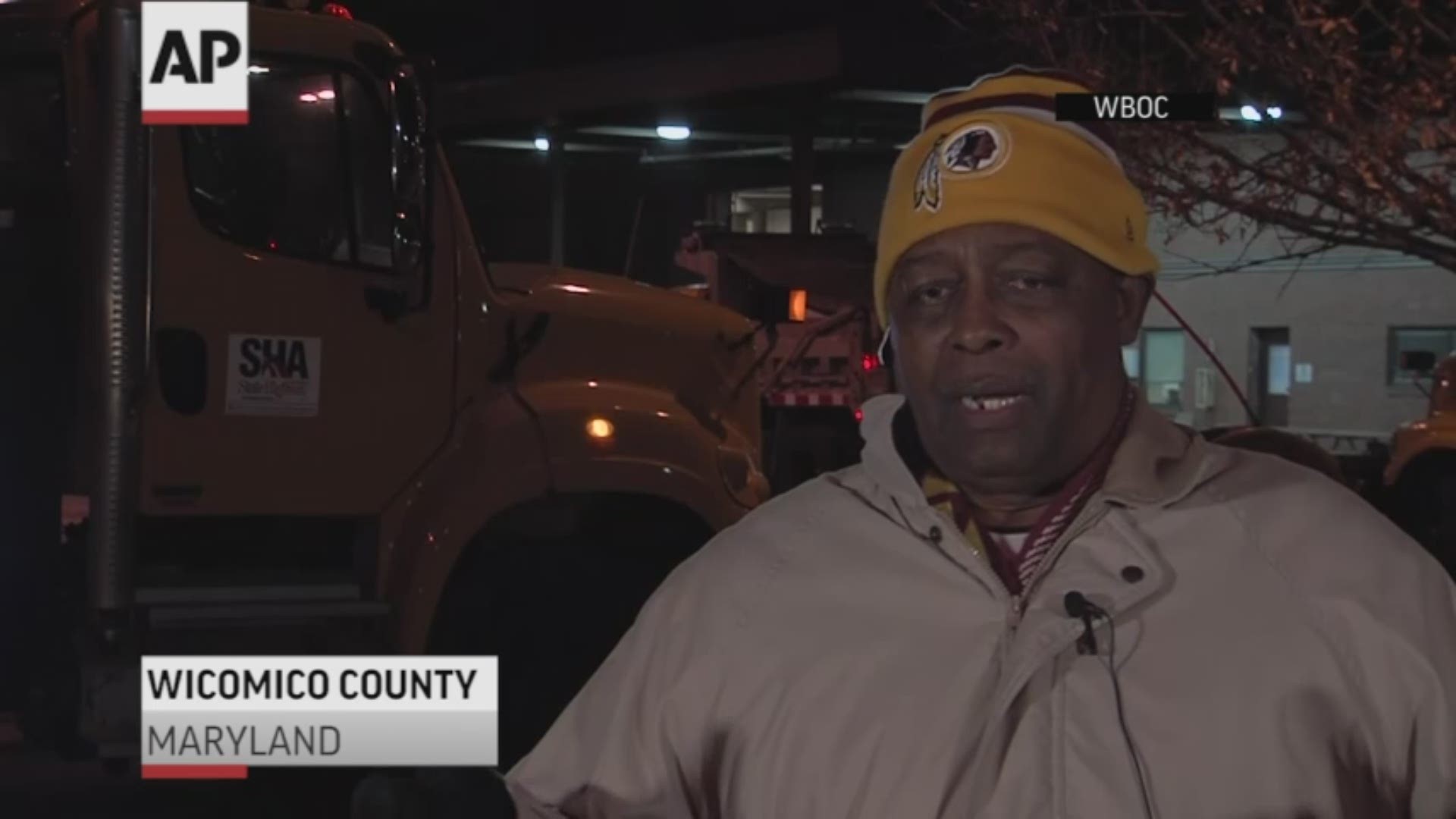 Airlines canceled more than 3,300 flights Thursday because of the winter storm spanning the East Coast, and more are possible Friday as carriers finalize their plans, according to FlightAware.com, an online tracking service.

The New York area was among the hardest hit, with John F. Kennedy International Airport suspending flights around about 11 a.m. in white-out conditions and high winds. The airport had previously suspended its AirTrain in favor of shuttle buses.

Due to strong winds and whiteout conditions, flights at JFK have been temporarily suspended. Travelers are urged to contact their airline carriers for updates on resumption of service

New York's LaGuardia airport expected to cancel 90% of its schedule. And Newark Liberty International Airport had the most flights canceled with 887 by 11 a.m., or more than two-thirds of its schedule, according to FlightAware.

To get a sense of the scope of the disruptions, about 27,000 flights were scheduled Thursday to, from or within the U.S.

Fliers are urged to check with their carriers before heading to the PA's airports tomorrow. More than 90 percent of LGA flights, more than 70 percent of Newark Liberty flights and 20 percent of JFK flights already are cancelled due to snow forecast.

By 11 a.m., other airports with the most cancellations were Boston Logan with 717 cancellations; LaGuardia with 567; and Kennedy with 399 cancellations before the suspending flights.

The massive winter storm moved up the East Coast Thursday, with weather watches and warnings stretching 1,000 miles from North Carolina to Maine. Cold and wind gusts up to 70 mph closed schools and knocked down power lines.

By 11 a.m., airlines had already canceled 233 flights Friday, according to FlightAware.

Travelers should contact their airlines to learn about flight disruptions. Besides canceling flights in preparation for the storms, airlines were offering to waive change fees for travelers with flexible plans to move flights from Thursday or Friday to another day through Monday.

American Airlines, for example, canceled 775 flights by 11 a.m. Thursday and issued alerts for 35 airports. American suspended its shuttle service between LaGuardia and either Boston or Washington, D.C., and canceled all departures from Boston; Hartford, Conn.; and Providence, R.I.

“The resumption of airport operations will be dependent on weather conditions at the airport, public transit and roadways,” the airline said in a statement.

Due to the severe winter weather, Delta will proactively cancel more than 400 mainline and Delta Connection regional flights 1/3-1/4, primarily at JFK & LGA as well as BOS. Additional cancellations are possible as the storm moves north. Learn more: https://t.co/ERc3HXhhaF