Not all of those shootings have resulted in injury or death and not all have been intentional. 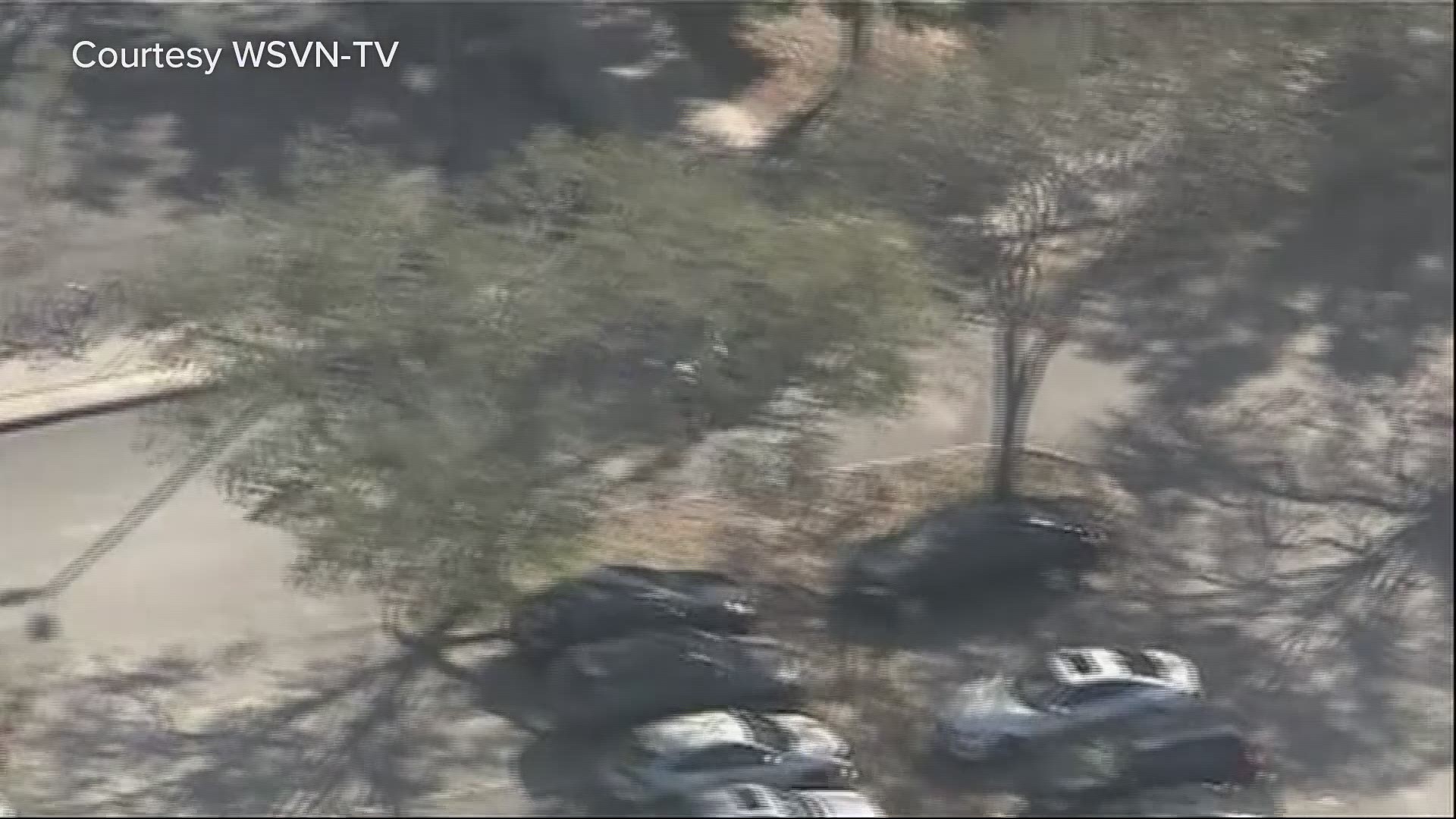 Within the first couple months of 2018, there have now been 18 school shootings across the United States.

Since 2013, there have been nearly 300 school shootings in the U.S. — that's an average of about one a week, according to gun control advocacy organization Everytown For Gun Safety.

Everytown for Gun Safety classifies an incident as "any time a firearm discharges a live round inside a school building or on a school campus or grounds." Eight of the incidents below did not result in injury or death.

A former student opened fire at a Florida high school, killing 17 people before authorities took him into custody.

A 17-year-old was arrested after a gun was fired into the floor of a classroom. No one was injured.

A third-grader was able to reach in and shoot off a police officer's gun while the two were sitting on a bench together, officials say. A round shot through the holster into the ground, but no one was injured.

A male student was shot in the upper body in a car on school grounds during a disagreement.

A female student opened fire striking a 15-year-old boy in the head and a 15-year-old girl in the wrist. Three others, ranging in age from 11 to 30, suffered minor cuts and scrapes. Police believe the shooting was unintentional.

A 32-year-old man died after being shot twice in the leg during a large fight in the school parking lot, police say. No students or staff members were injured.

Someone fired shots from a car in the school's parking lot during a basketball game. No one was injured.

Police say a 16-year-old fired shots into the air outside the school after fighting with another 16-year-old. No one was injured.

A 16-year-old boy opened fired on campus, killing two and injuring 18 others.

A 16-year-old boy shot and injured a 15-year-old girl with a semi-automatic handgun in the school cafeteria. He was taken into custody after the incident.

An unidentified person pulled up in a truck and shot into a group of students standing outside the school during lunch time. One teenager was sent to the hospital with a superficial injury.

A North Carolina football player from Winston-Salem State University was shot to death while at an event at Wake Forest University.

Police believe two suspects in a car exchanged gunfire with a person in a dormitory parking lot. No injuries were reported, but a bullet entered a dorm room during the incident.

A criminal justice student fired a bullet through a wall after mistaking the firearm for training gun. No one was injured.

A gun was fired on campus, however, no injuries were reported.

A 14-year-old boy was found dead from a self-inflicted gunshot wound in the school bathroom.

Shots were fired from outside the school into the school's administration office, but no one was injured.

A 31-year-old man shot and killed himself in the school parking lot after hours of negotiation with police. The man called authorities, said he was suicidal and had a handgun.

Some counts have also included the following incident, which would bring the total to date to 19.

A 32-year-old man was arrested after firing a pellet gun into a school bus. No children were injured, but a window on the bus was shattered.