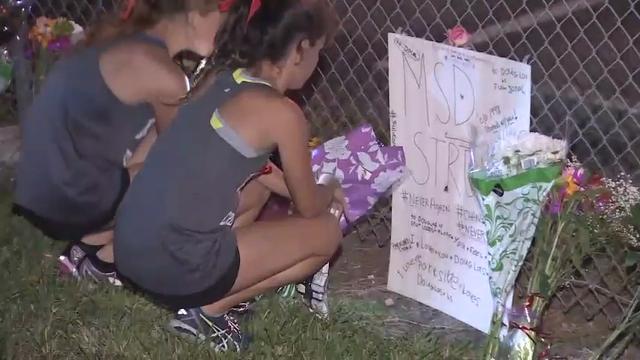 A 15-year-old high school student who died helping classmates escape from a gunman at a Florida high school last week was posthumously accepted to the U.S. Military Academy at West Point on Tuesday.

Peter Wang earned admission to the prestigious military academy for his "heroic actions on Feb. 14, 2018," at Marjory Stoneman Douglas High School in Parkland, Fla., West Point said in a statement. Witnesses and authorities said Wang, who dreamt of attending West Point, died in his JROTC uniform while holding a school door open so classmates and faculty could escape. Wang was one of 17 people gunned down during the shooting.

He was buried in his JROTC uniform on Tuesday.

Florida Gov. Rick Scott directed the Florida National Guard to honor Wang and two other cadets killed during the shooting at their funerals. According to the Military Times, Cadets Alaina Petty, 14, and Martin Duque, 13, were also killed.

Michael Maddox, a spokesman for the U.S. Army Cadet Command, told the Military Times, that all three cadets will receive the Army’s Medal of Heroism, which is the highest honor for Reserve Officers’ Training Corps cadets.

“For as long as we remember him, he is a hero,” Jared Burns, his classmate, NBC Miami.

More: Students plan to walk out of schools to protest gun laws

More: 'We will be the last mass shooting': Florida students want to be tipping point in gun debate

According to West Point, posthumous admissions offers are given in "rare instances for those candidates or potential candidate's whose actions exemplified the tenets of Duty, Honor and Country."