Trump vows to rebuild America with his 'big, beautiful hands'

Trump vows to rebuild USA with his 'big' hands 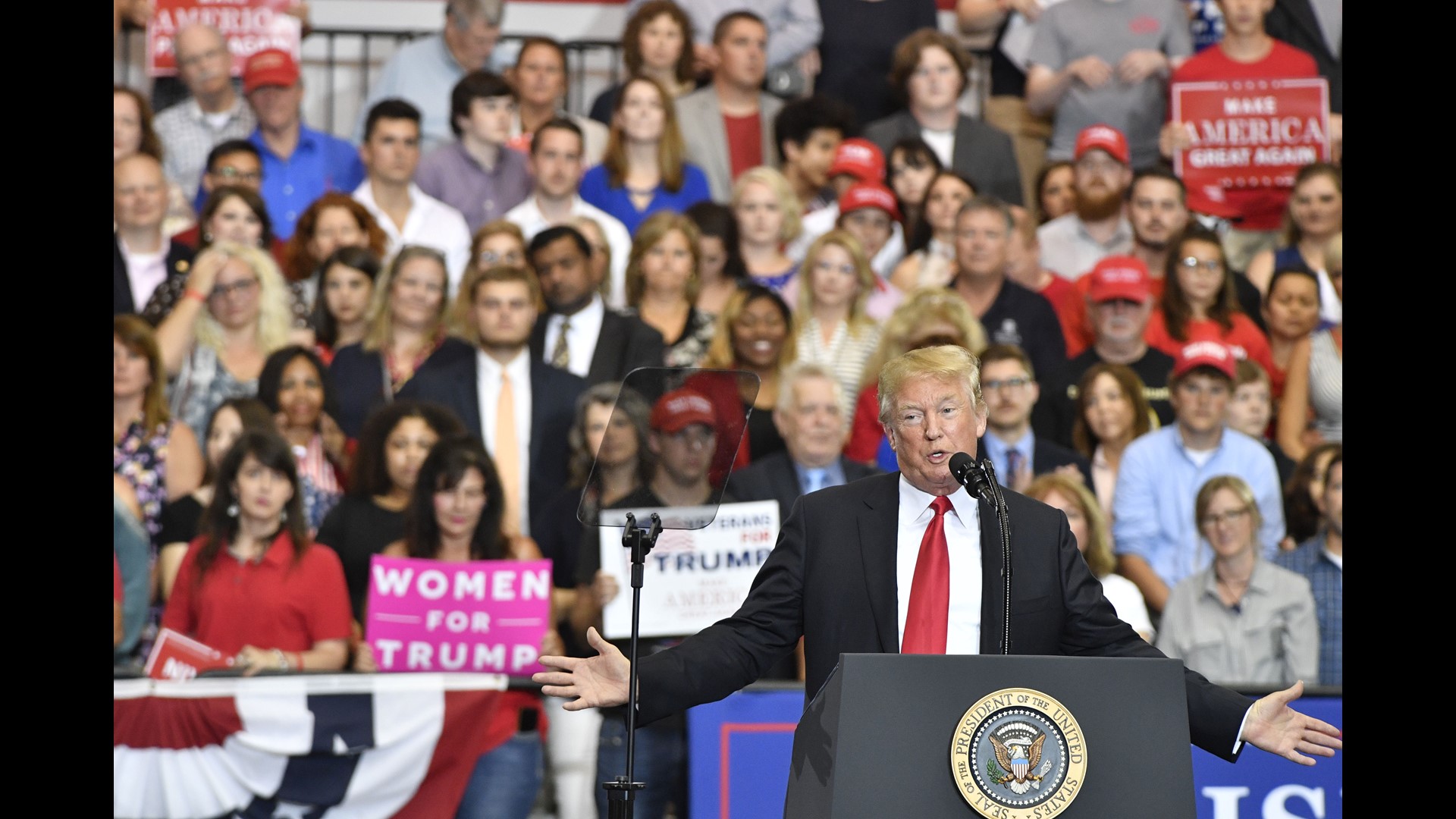 President Trump mentioned his "big beautiful hands" during a speech in Nashville, Tenn., Tuesday night in an apparent reference to his critics' continued mockery of his reportedly small hands.

The president made the comment during remarks about the need to rebuild the country's infrastructure, which he said had become like "a third world country."

Trump was perhaps referring to the FAA Reauthorization Act of 2018 recently passed by the House and awaiting Senate approval.

"We will build new strength into our country," Trump said. "We will breathe new hope into our communities and we will do it all with these big, beautiful hands," Trump continued, raising both presidential paws and stretching out the fingers.

"Look at these hands," he said.

"Loyal citizens like you, the people of Tennessee, helped build this country and together we are taking back our country," Trump said. "We're returning the power back to our great American patriots."

During the 2016 presidential campaign, Trump's rival for the Republican nomination, Florida Sen. Marco Rubio, mocked Trump's small hands and implied that might mean other parts of Trump's anatomy might be equally small.

Trump addressed the insult during one of the primary debates.

"Look at those hands," he said, displaying them for the audience."Are they small hands? — and he referred to my hands, if they are small, something else must be small. I guarantee you there is no problem. I guarantee."

More: State of the Union: The trolling of Trump's hands

1 / 89
Larry McCormack / The Tennessean
President Donald Trump speaks at a rally at Municipal Auditorium Tuesday May 29, 2018, in Nashville, Tenn.