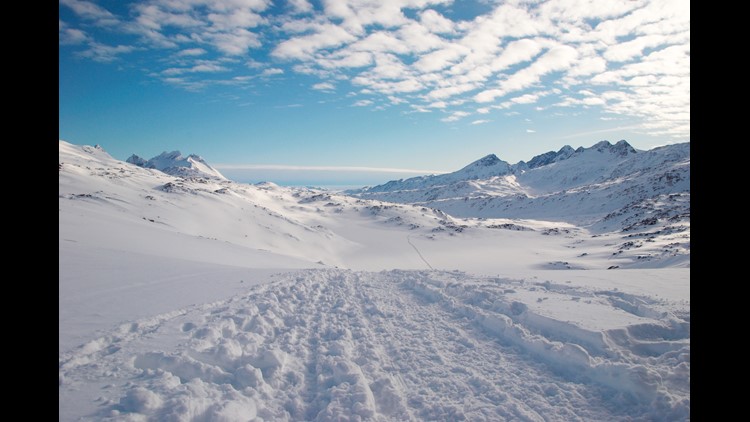 Santa's elves may be a bit warm this week during final Christmas preparations.

Santa's elves may be a bit warm this week during final Christmas preparations.

Temperatures at the North Pole are forecast to soar into the 20s Thursday. That might not sound balmy, but it's roughly 50 degrees above average at what's typically an unimaginably cold, pitch-black point in mid-winter.

In fact, the average winter temperature at the North Pole is about 40 degrees below zero, the Woods Hole Oceanographic Institution said.

Not quite freezing mark ... Santa's booze will stay chill up at the North Pole.
20s °F is still mild for the top of the world. pic.twitter.com/ljuhwoIvRl

This is the second straight December of freakish warmth spreading across the Arctic due to weird weather patterns shoving unusually warm air over the region. The cause this time around is a powerhouse storm east of Greenland, said Capital Weather Gang meteorologist Jason Samenow.

"It's clear that this warming event will be 'close enough' to freezing to be considered an extreme event like previous such warmings," Maue added.

The warmth should last for the next few days, before the "Siberian Express" takes over, bringing back typical cold over the region, he said.

A lack of sea ice appears to be playing a role: Record low levels of sea ice in the Arctic are contributing to the record high temperatures, noted Mashable's Andrew Freedman.

Sea ice is ocean water that freezes each fall and winter and melts during the spring and summer. The fact that it was melting in November due to record warmth was "nearly unprecedented," according to the National Oceanic and Atmospheric Administration.

Temperatures in the Arctic in November were about 30 to 35 degrees above normal, the National Snow and Ice Data Center reported.

America's favorite winter bugaboo, the Polar Vortex, is also involved. Now in a weakened state, the most frigid air has moved out of the Arctic and pushed into North America and Eurasia, Freedman said.

arts of central Russia are now as much as 62 degrees below zero, according to Maue.

The unusual Arctic warmth is hitting once or twice per decade now, and the increasing occurrence of these "extreme warming" events is mainly attributed to an influx of warm, moist Nordic Sea air, Maue said.

"The loss of the sea ice, the increased melting of the Greenland Ice Sheet, the thawing of permafrost, the changes in the weather patterns, the rising sea level — it's all consistent with our expectations for the response of the climate system to increases in greenhouse gases," Rutgers University atmospheric scientist Jennifer Francis told LiveScience.

"What's not expected is how fast it's been happening," she added.