Sexual harassment: I was 'propositioned, touched, patted and groped' on Capitol Hill

'Touched, patted, groped' on Capitol Hill in the '80s 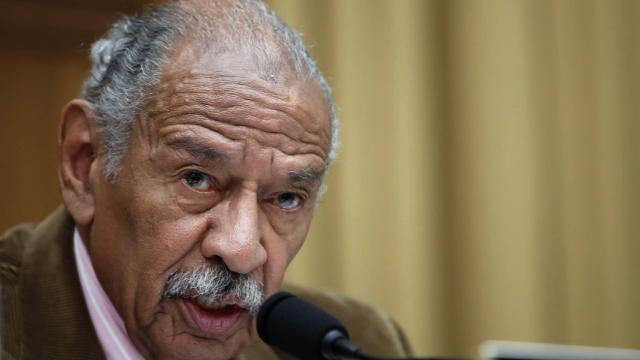 There are moments in history that crystalize the “before” and “after” resulting from a turbulent seismic shift, upending life as we know it, social norms, who we are and how we define ourselves. For women in my generation and older, we are now experiencing just such a historic moment.

The plethora of credible, impactful sexual harassment claims against men in power resulting in immediate termination is staggering. Shocking. And oh so very encouraging to working women everywhere. The worm isn’t just turning. It’s spinning at warp speed, and it’s not slowing or stopping any time soon.

More: People writer: Long before Trump attacked me, there was an actor in a bathrobe

More: Not just Roy Moore and Hollywood: Unions have a sexual harassment problem

The nation got whiplash when the late Fox News chief Roger Ailes was swiftly kicked to the curb. Fox News hosts Bill O’Reilly and Eric Bolling, Fox News co-president Bill Shine, all were felled in quick succession. Ronan Farrow’s exposé of Hollywood movie mogul Harvey Weinstein set off another round.

To women of my generation, it seemed too good to be more than a mere passing fad. This too would pass.

Charlie Rose, Matt Lauer, Kevin Spacey, Mark Halperin, and on and on it goes.

The exceptions — those not fired or resigning — are increasingly likely to be scrutinized, with demands for consequences.

President Trump has at least 13 accusers and hasn't paid any price. Roy Moore, the Republican Senate nominee in Alabama's special election next week, has enlisted his right-wing supporters to help him harass the nine women who’ve credibly accused him of sexually preying on them when they were teenagers as young as 14. Rep. John Conyers, D-Mich., is being pressed to resign. And former comedian-turned-Sen. Al Franken, D-Minn., similarly is losing support as more women report that he groped them and that they found it not even a little bit funny.

As a young woman working on Capitol Hill and campaigns in the 1980s, I was expected to tolerate this type of behavior or suffer damage to my career and reputation. In several positions I held, I was propositioned, inappropriately touched, patted, pulled and groped, had my breasts commented on in front of others, punished and threatened if I spoke out or balked. I was also denied a good job I had earned because of an office variation on the “Pence rule” (no women in positions too close to certain men).

This sort of workplace sexual harassment, assault and discrimination was common. It was devastating to one’s personal workplace contentment, security, financial life, upward mobility and health. To this day, I wonder how men who were my peers at that time can look around at women in their same age range and not wonder how different the road has been for us than for them.

More: Abusing taxpayer money used to be a firing offense. Not in the Trump era.

POLICING THE USA: A look at race, justice, media

So when I hear some men shrug off the spate of sexual harassment claims and accuse the women of lying, I’m quite certain I am not alone in that it makes me want to scream.

Though Congress has an Office of Compliance to handle sexual harassment claims, it’s clearly a toothless response to a serious issue, not to mention an expensive one. Since 1997, taxpayers have footed the bill for $17 million in secret settlement payouts to protect members of Congress. Until at least 1988, Congress did not even require itself to adhere to the same laws it passed for everyone else when it came to sexual harassment.

Republican Rep. Lynn Martin of Illinois lit a fire under her colleagues by launching a successful campaign to bring 30,000 congressional employees under the protection of the 1964 Civil Rights Act, from which Congress had conveniently exempted itself. Her effort was designed to reduce discrimination and improve pay for female congressional staff who were, as she demonstrated, consistently underpaid. Similarly, the Office of Compliance did not even exist before it was established in a 1995 law.

It appears that cutting out the sexual harassers from the workplace like a cancer will continue for a (blessedly) long time, and if there’s a God in his heaven, it will include the one in the White House. But the sheer number of men being taken down is a depressing reminder of just how awful, rampant, harmful and devastating sexual harassment and discrimination have been for generations of women — including, and maybe especially, those working for Congress.

Cheri Jacobus, a member of USA TODAY's Board of Contributors, is a Republican consultant and commentator and president of Capitol Strategies PR. Follow her on Twitter: @CheriJacobus.

You can read diverse opinions from our Board of Contributors and other writers on the Opinion front page, on Twitter @USATOpinion and in our daily Opinion newsletter. To respond to a column, submit a comment to letters@usatoday.com.