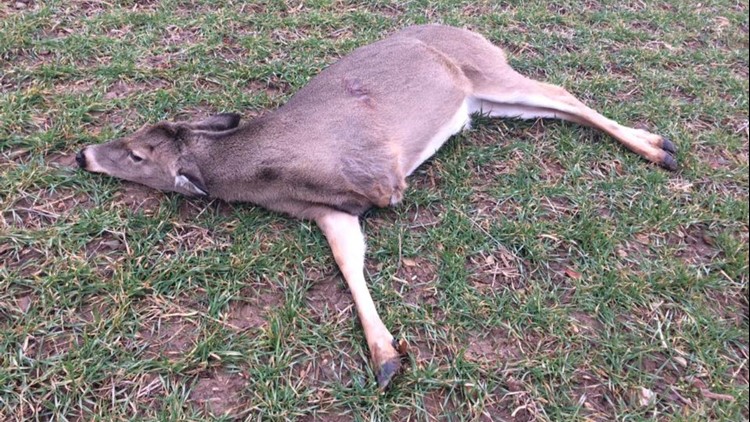 INDIANAPOLIS — A tip has led to charges against an Indiana man accused of killing a three-legged deer that had been a common sight for residents in the Deming area.

A news release from the Indiana Department of Natural Resources law enforcement division said residents of Deming, an unincorporated hamlet in northern Hamilton County, "had frequently spotted the doe for several years, as it raised several sets of fawns."

The statement added: "Local deer hunters had formed a pact to leave the deer alone."

But that pact was broken in January 2017, when a conservation officer found the deer's carcass in a field. The DNR reported the doe allegedly was shot illegally with a rifle from the suspect’s vehicle on a public roadway.

More: Why this deer disease could change the way Americans hunt forever

The release did not identify the man who was charged in the shooting, but said he faces "multiple Class C Misdemeanor charges, including additional wildlife offenses."

The mystery of who shot the beloved three-legged doe was solved a year after the shooting by a phone tip that led investigators to the suspect. The statement said the man admitted to shooting the deer.

The DNR urges Hoosiers to report poaching at any time by calling 1 (800) 847-4367. The statement said all information, including that of the caller, will be kept confidential and reward money can be issued for information that leads to the conviction of violators.