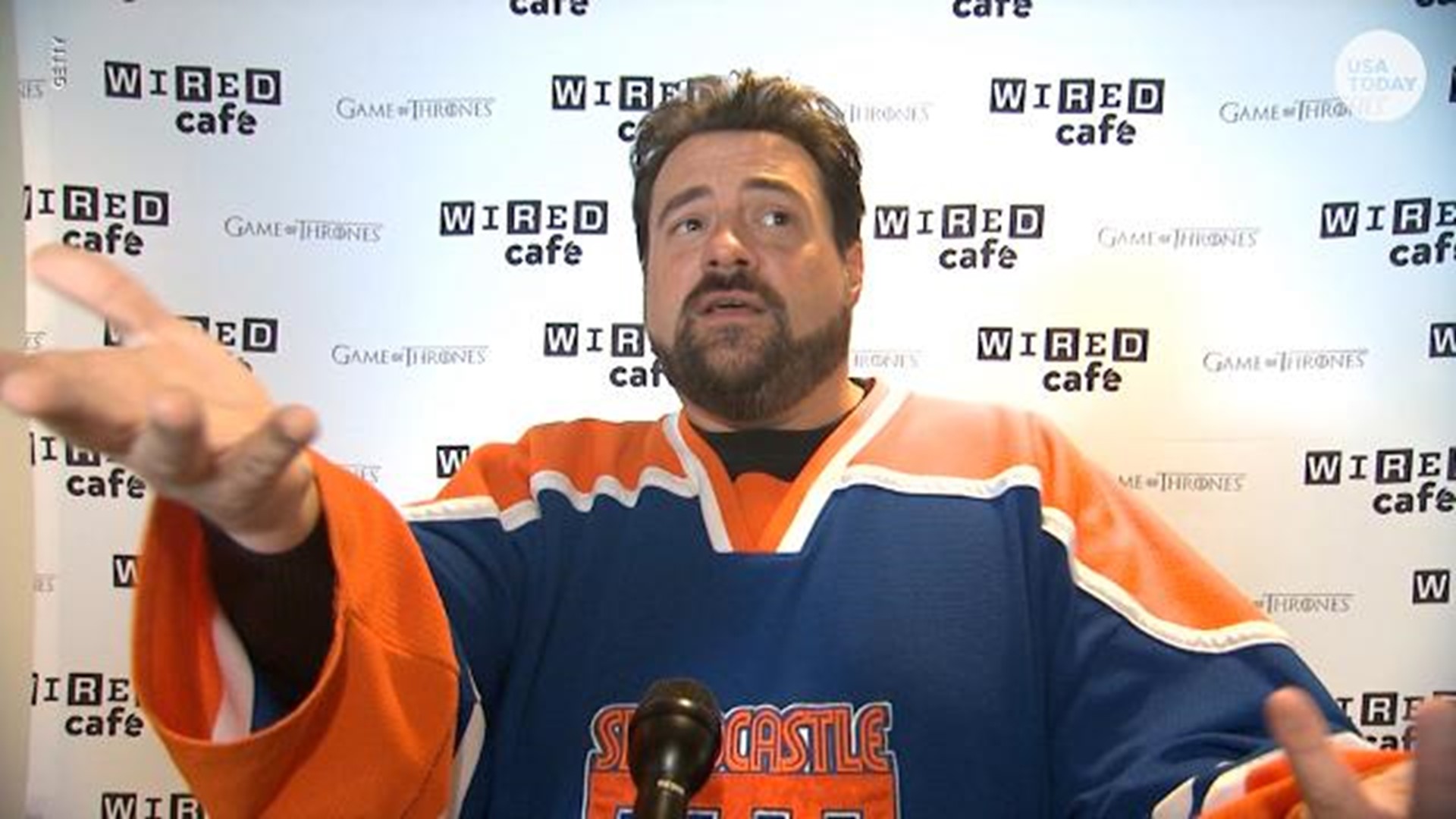 Credit: Rich Polk/Getty Images for IMDb
Kevin Smith prior to his recent weight loss in January.

Kevin Smith may have adopted a plant-based diet and lost 32 pounds since surviving a massive heart attack in February. But, as the director told Savannah Guthrie and Craig Melvin on the TODAY show Monday, in his first televised interview since exiting the hospital, he isn't abandoning all his vices.

"I'm a wake-and-baker, so I'm feeling fantastic," he said about his morning's mood. "I've been up since 5 a.m, I'm ready to embrace the day."

Recreational drug use aside, the director claimed "the heart attack was the best thing to ever happen to me," saying he "feels great" after undergoing emergency surgery following his "widowmaker" heart attack on Feb. 26, a notoriously deadly kind of cardiac trauma caused by a blockage in the LAD artery, the largest of three arteries that supply blood to the heart. In Smith's case, his artery was 100% blocked.

"They keep you awake, and I was terrified the whole time," he said. "The (thing) I kept talking about was like, I was afraid of dying, that's my biggest fear. And it almost happened, and I was okay, I lived through it. My second biggest fear was anyone seeing me naked, and in the hospital, your chances of dying and being seen naked go way up."

Since the heart attack, Smith says he lost 32 pounds, thanks to a plant-based diet, and plans to continue until he loses 50 pounds.

"This is the weight I was when I met my wife, so this is a good weight to be at. Last time I was at this weight, I scored, big time," he said. "I joined Weight Watchers, and they made me an ambassador. It's me, Oprah and DJ Khaled, I'm in pretty good company."

Smith explained that he didn't know he was experiencing a heart attack until after the fact, when he went to the hospital after performing a show in Glendale, Calif.

Smith is in New York to celebrate his daughter Harley Quinn Smith's co-starring role in All These Small Moments, a new film premiering at the Tribeca film festival on Tuesday.