Can an atheist win public office in Tennessee? We'll find out Tuesday.

Can an atheist win public office in Tennessee? 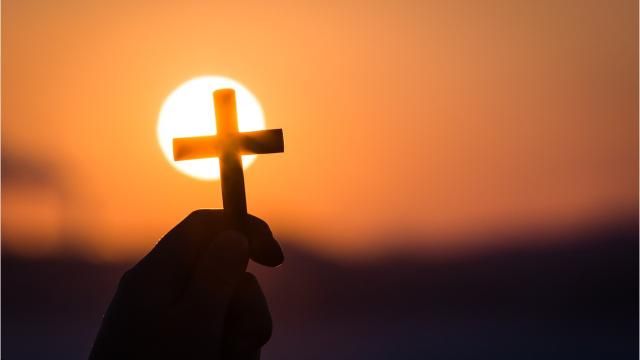 NASHVILLE — Gayle Jordan, a Democrat running for state senate in Trump country, will soon find out if an openly atheist candidate can win public office in Tennessee.

Jordan does not believe in God. It is a fact she shares, but not a focus of her campaign for the vacant District 14 seat that will be decided Tuesday in a special election.

"It's incidental to who I am," Jordan said.

But Shane Reeves, her Republican opponent, and state GOP leaders have made her lack of religious belief an issue in the Middle Tennessee race, which could have greater implications for how the November midterm elections unfold.

"I just feel like her views are radical," said Reeves, a Murfreesboro businessman and Christian. "They’re out of touch with the district."

Campaign mailers, online ads and social media posts have targeted Jordan for her atheism and pointed out that she is the executive director of Recovering from Religion, a non-profit that supports those doubting their religious beliefs.

Scott Golden, chairman of the Tennessee Republican Party, issued a statement calling her views "extreme" and said Jordan works to "lead people away from their faith." Lt. Gov. Randy McNally, R-Oak Ridge, posted on Facebook and Twitter that he has "seen few candidates as dangerous" as she is.

In my 40+ years in politics, I've seen few candidates as dangerous as Gayle Jordan. We need to strongly reject her assault on faith and our Tennessee values. District 14 needs to send @ReevesforTN to the @tnsenate on March 13! https://t.co/GmmUcHyl3y

Jordan, an attorney who lives on a Rutherford County farm, said she is not on a mission to end religion, but does think people should be able to have healthy discussions about it when they have questions.

She had a positive experience with religion, but after 40 years as a Southern Baptist, questions from her children caused her to examine her own beliefs. It started an arduous and emotional process that ended with Jordan's realization that she did not believe in a higher power.

But Jordan said she thinks the GOP leadership's targeted remarks have more to do with politics than religion. Their comments make them appear unethical, childish and unpatriotic, she said.

"It puts them in a terrible light," Jordan said.

Reeves said he thinks district residents, especially traditional conservative family voters, need to be aware of the "enormous contrast" in worldviews between Jordan and himself.

We don't need another tax-payer funded Tweet'er in Chief. Let's get to work on the real issues at hand. Vote #TNValues March 13th. Vote Gayle Jordan for State Senate.

What is the hardest factor to overcome?

Regardless, being an atheist is not considered a plus for a candidate running for office in the heart of the Bible Belt, said Kent Syler, a political science professor at Middle Tennessee State University.

Even in a liberal city like Nashville, atheism is a political concern for Democratic candidates. Rumors swirled during the 2015 mayoral race that former Mayor Megan Barry was an atheist. She responded by publicly declaring her Christianity and several pastors laid hands on her.

But a couple of key factors in Tuesday's election could somewhat mitigate the political damage, Syler said.

Credit: Submitted by Shane Reeves campaign.
A screen grab of one side of a campaign mailer that was paid for by the Tennessean Republican Party.

Special elections are notorious for low voter turnout, drawing only the die-hards from both parties. It also is midterm election season and Trump continues to be a divisive leader. Historically, the outcome of midterm races tend to favor the political party not in control of the White House.

"When things are this polarized, voters are willing to overlook some issues and support candidates who are more in line with their political beliefs," Syler said.

Many evangelical Christian voters did that in 2016 for Trump and his perceived moral failings, he said.

Can an atheist win in Tennessee?

Jordan, who unsuccessfully ran against Tracy in 2016 for the District 14 seat, does need to climb out of a political hole to win Tuesday.

She is running in a red district as a Democrat. That is less of a liability than it was two years ago, Syler said, but Trump overwhelmingly won the District 14 counties, pulling in 60% to almost 80% of the votes. On the same ballot, Tracy kept his seat by receiving nearly three times the votes Jordan did.

Many are wondering if 2018 will be a big year for Democrats, especially given the outcomes of elections since Trump took office. In Tennessee, a Republican won a special election by a narrower margin than expected, and dozens of seats in other states have gone to Democrats.

So, it is not surprising that GOP leadership and Reeves, who is outfundraising and outspending Jordan, are trying to use her atheism to their political advantage, Syler said.

"Religion is one of the things that already divides Democrats and Republicans to some extent," Syler said. "The more often you go to church the more likely you are to vote Republican."

While the data does not drill down to the county level, Pew Research Center's Religious Landscape Survey shows that 81% of adults in Tennessee in 2014 identified as Christian, and 52% said they were evangelical Protestants.

Tennesseans with more secular beliefs account for a far smaller slice of the population. Fourteen percent said they were not affiliated with a religion. Among those, 1% identified as atheists.

Nationally, the only state legislator who identifies himself as an atheist is the long-serving Nebraska Sen. Ernie Chambers (NP), according to a December 2015 article in the National Conference of State Legislatures magazine. Jews make up the largest number of non-Christian legislators nationally at 2%, with more than 5% of the legislatures in New York, Florida, Maryland and Illinois being Jewish. Only six legislators in the U.S. report being Buddhist, Hindu or Muslim, the NCSL reported.

Values on the District 14 campaign trail

Jordan knows she is running in a highly religious community and talking to people on the campaign trail who have never met another non-religious person.

She keeps focused on her platform that includes support for gun control, abortion rights and religious liberty. But when her beliefs come up, Jordan shares that she identifies as an atheist and explains what her secular humanist views mean.

Jordan said the residents in the district seem far more interested in hearing her stance on issues and sharing their concerns than talking about her lack of belief.

Her opponent has found the opposite. Reeves said many of the people he has spoken with find it "unbelievable" that the Democratic candidate is an atheist.

Reeves thinks people's core values shape their worldview and impact the decisions they make as lawmakers. He supports anti-abortion issues and the Second Amendment. Reeves also compares himself to Trump on his campaign website, saying he knows how to create jobs and defend state values.

"I'm a Christian and that is going to serve as a filter, serve as a moral compass and how I look at things, if I'm fortunate to get elected," Reeves said.