In Europe and the United States researchers have found a 30 to 40 percent decrease in bee populations, but it is not just the bees, many insect species are declining in number. 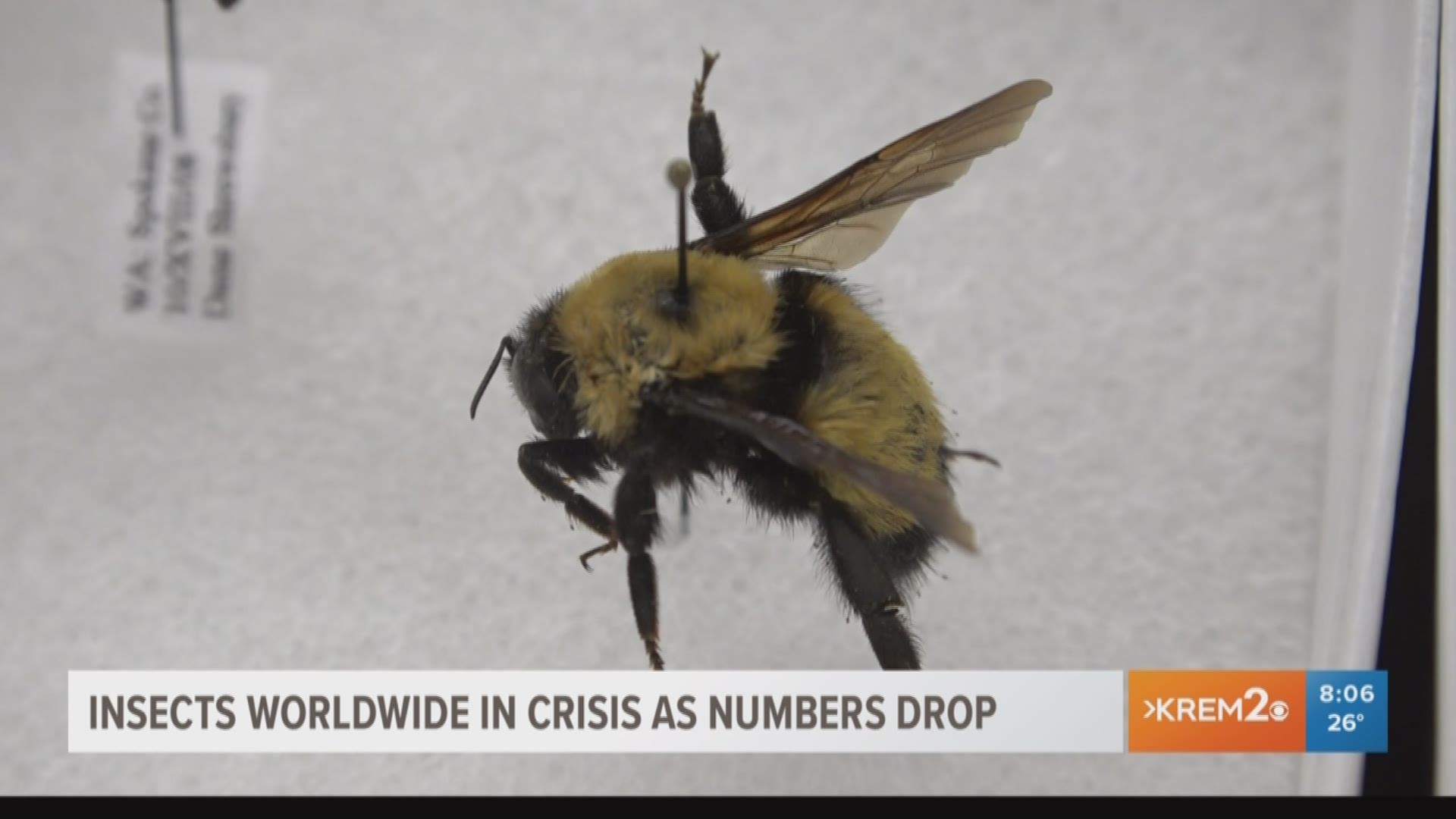 SPOKANE, Wash. — The world is seeing a massive decline in the insect population and a local biologist said this could affect everyone.

In 2014 a team of biologists from across the world found that the invertebrate population had decreased by 45 percent in the last four decades.

In Europe and the United States researchers have found a 30 to 40 percent decrease in bee populations, but it is not just the bees, many insect species are declining in number.

Biology Professor Gary Chang with Gonzaga University said the topic is something students in his pollinator ecology class are discussing right now.

Since GU is a certified bee campus, students are talking about what changes can be made on the campus to make it even more pollinator friendly.

"There are reductions in crop production with declines in pollinators," said Chang. "It's been estimated that 30 percent of foods that humans consume (are) produced by insect pollination," he continued.

However, pollinators are not the only insect species that affect the food web.

Scientists have found that a decline in other insect species has lead to a decline in frogs, lizards and birds, which then goes on to affect the entire food chain with less food for other species to eat.

Professor Chang said there are many factors leading to this decline including insecticide use, habitat change/conservation and climate change.

Some of these factors are bigger than others, but Professor Chang said there are little things many people can do to help including reducing insecticide and pesticide use, choosing plants for your yard that are native and pollinator friendly and supporting conservation organizations working toward insect conservation.