The snowpack level is good right now, but this weekend's heat and April's lack of precipitation has put the state in a drought, and at an elevated risk of fires. 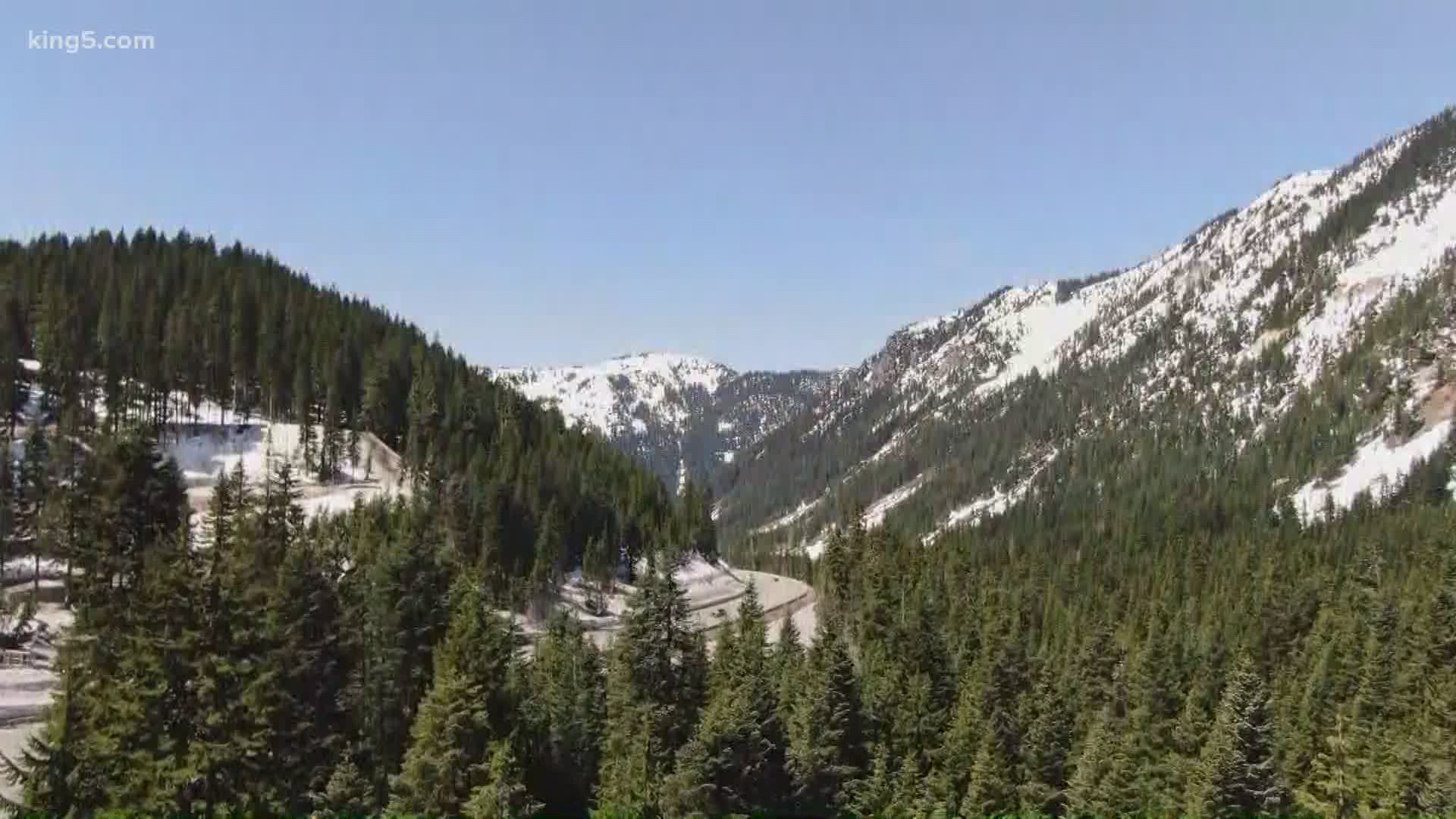 SKYKOMISH, Wash. — Washington’s important winter snowpack got off to a slow start, but the good news is that state ended up above normal because of precipitation in other parts of the state.

However, this April there wasn’t much rain or snowfall and this weekend's warm temperatures will lead to a loss of snow — and that's not such good news.

That means Washington is in a state of drought and large swaths of the state considered abnormally dry to severe drought.

Credit: KING
The Drought Impact on Washington State as of May 7, 2020. Graphic by the National Drought Mitigation Center University of Nebraska-Lincoln

According to the National Resource Conservation Service, the Central Puget Sound River basin saw its April precipitation average plunge to 70% of normal. In the Lower Columbia, it was down to 41% of normal.

Additionally, the three month outlook for May, June and July from the U.S. Climate Prediction Center shows above normal temperatures and low soil moisture for the entire state.

That is creating concern over the state’s upcoming fire season in our state's public lands, and three days of unusually warm weather this weekend could accelerate the melt.

"It's just like your fireplace. When you put wet wood into the fire, it's not going to burn very well. When you put dry wood, dry kindling, it's going to be burn really hot," said Commissioner of Public Lands Hilary Franz.

Franz said the state is also working to make sure that firefighters can bring blazes under control while maintaining social distancing measures, by using equipment such as planes, because of the ongoing risk of coronavirus.

RELATED: Washington state preparing to fight wildfires in the time of coronavirus