Your guide for the Oregon primary election May 19, 2020 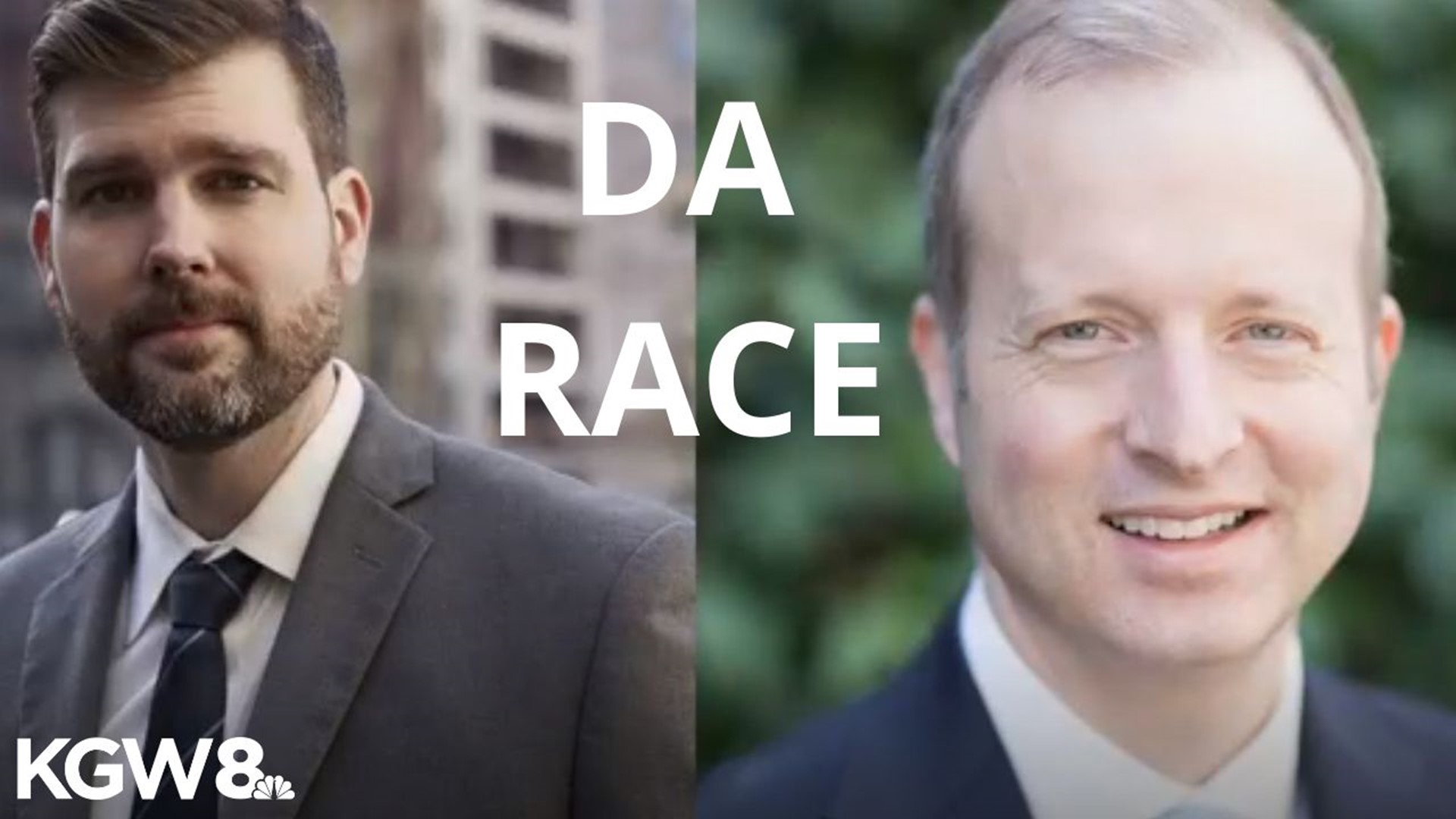 PORTLAND, Ore. — Oregon’s primary election is still scheduled for May 19, despite other states postponing their primaries due to the COVID-19 pandemic. That’s thanks to Oregon’s mail-in voting system, which doesn't require large groups to gather at polling sites.

Here’s a look at some of the big races across the city, county and state:

Eighteen candidates will appear on the ballot next to Portland Mayor Ted Wheeler’s name, according to the city auditor.

Four candidates faced off in a virtual debate March 30. Sarah Iannarone, Teressa Raiford and Ozzie Gonzalez took on Wheeler in the debate hosted by the City Club of Portland.

The crowded field also extends to the open city commissioner positions. The city auditor lists a total of 35 candidates for commissioner seats.

A special election is also being held the same day as the primary to fill the late Nick Fish's seat for Commissioner Position No. 2. Fish died in January after a battle with cancer.

City Club of Portland hosted a debate among the Position No. 2 candidates on Friday, April 24. You can watch it right here

See the full list of mayor and commissioner candidates here

Metro officials estimate the measure would bring in an annual $250 million to be spent on things like addiction and mental health services, employment support and rent assistance. And amid the COVID-19 pandemic, a recent poll suggests that Portlanders would welcome the new tax.

Portland's proposed gas tax renewal, Measure 26-209, is a replacement for the four-year measure that voters narrowly passed in 2016. The city estimates the 10-cent-per-gallon fuel tax will raise $74.5 million over four years, beginning in January 2021. The money would be split among paving projects, safety improvements and "community-identified transportation needs." A city audit last summer found that some of the promises of the original gas tax measure had not been fulfilled.

Current Metro District 5 Councilor Sam Chase has jumped into the race for Portland City Council, leaving an open seat and a tight race to keep an eye on.

The candidates vying for the seat include Cameron Whitten, Mary Peveto, Karen Spencer and Mary Nolan, who make up what Willamette Week calls "a cadre of talented, credible opponents" for their endorsement, Chris Smith.

"Smith, who has served a decade on the city's planning commission, is clear on what he's after. He's running on a platform of finding regional transportation solutions for climate change by reducing Portland's use of cars and fossil fuels," the newspaper concluded after a surreal and grueling interview process with as many candidates as possible amid a pandemic.

The Oregonian echoes that it's a talented field in the race and a tough choice: "five compelling candidates, all of whom understand Metro and recognize the challenges ahead, it would seem voters almost couldn’t go wrong – almost."

But the editorial board has endorsed former state representative Mary Nolan, saying she easily rises to the top as voters’ best choice.

"Nolan, 65, is a former six-term legislator known for her financial acumen, pragmatic policymaking and the laser focus with which she aims to get things done. That mix hasn’t always been welcome," the board wrote. "But her analysis of what Metro needs and how it can better serve the public is one that voters – and Metro councilors – need to hear."

Measure 26-208 is a $65 million bond for the security and facility improvements at Centennial School District's 10 schools, which on average are about 55 years old, according to the district superintendent. If the bond is passed, the state will award a grant of an additional $7.5 million. Measure 26-208 would replace an expiring bond measure.

RELATED: What's on the Washington County ballot in May 2020?

RELATED: What's on the Clackamas County ballot in May 2020?

RELATED: What's on the Multnomah County ballot in May 2020?

Oregonians will also be voting for a U.S. senator and five U.S. representatives. Democratic Sen. Jeff Merkley, who at one point was pondering a bid for the presidency, will run for re-election instead. Republicans Jo Rae Perkins, Paul J. Romero, Jr., Robert Schwartz and John Verbeek are looking to run against him in November.

Oregon’s only Republican in Congress, Rep. Greg Walden, announced plans last October to retire. Seven Republicans and four Democrats are running to fill his seat in the 2nd Congressional District, which covers all of Eastern Oregon and the Medford area.

The second-highest ranking position in Oregon is an open race. Republican Dennis Richardson died in office in 2019 after a battle with brain cancer. His replacement, Bev Clarno, agreed not to run for re-election when accepting the interim appointment.

RELATED: What does Oregon's secretary of state do?

Jamie McLeod-Skinner is also running as a Democrat. She ran for Congress against Rep. Walden in 2018.

In the last election, Democrats won a supermajority in both chambers of the Oregon Legislature. Still, they lacked the numbers to produce a quorum by themselves in the senate, which Republicans took advantage of by staging two walkouts to push their agenda.

Democratic Party of Oregon Chairwoman KC Hanson told the Associated Press Democrats are looking to capitalize on Trump's record and dissatisfaction over the GOP boycotts.

"In Oregon, we'll be focused on re-electing our Oregon Democrats and on taking back the secretary of state's office," Hanson said.

See the full list of Secretary of State candidates here

Attorney General Ellen Rosenblum, the Democrat elected to that office in 2012, is being challenged by Republican Michael J. Cross of Salem, who was part of the "Flush Down Kate Brown" recall effort and filed to run against Rosenblum just minutes before the deadline.

Democrat Tobias Read of Portland served for 10 years as the state representative of Oregon's 27th District before being elected Oregon State Treasurer in 2016. His Republican challenger in the race, former Lake Oswego City Councilor Jeff Gudman is looking for a rematch in the general election this year.

RELATED: How did we get here? Oregon Supreme Court says campaign contribution limits are now legal

KGW will be providing special coverage of the statewide, national and presidential primaries on Election Day and bringing you the latest election results as they come in that evening. Idaho's primary election for statewide office will also be happening on May 19, and we'll share up-to-date results throughout the day from our sister station KTVB in Boise.