Students from both teams rallied Friday night to support a classmate fighting cancer. 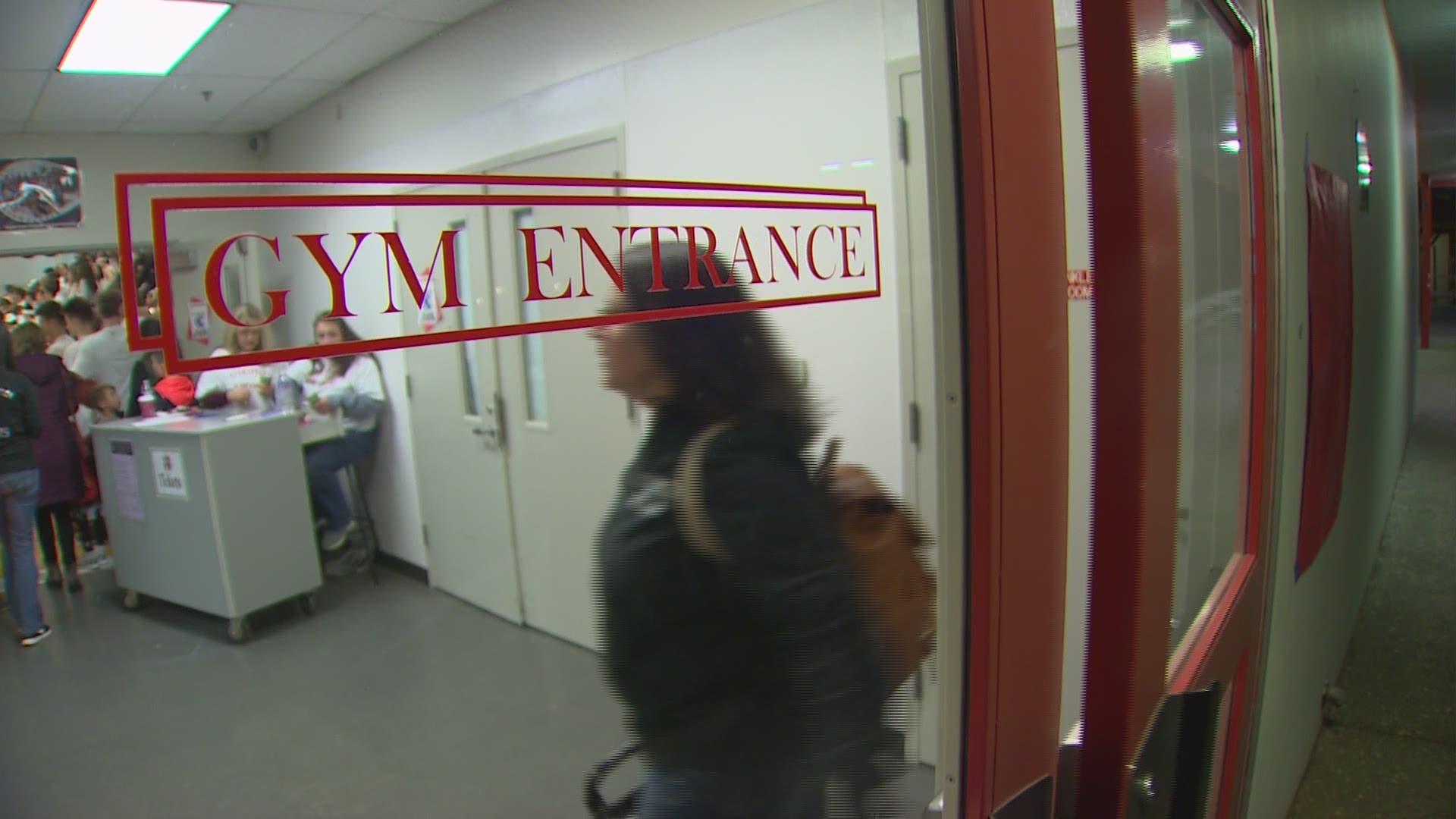 Friday night marked a big rivalry night at a Snoqualmie high school as the Mount Si and Eastlake High School basketball teams faced off. Mount Si won the game, but one of the most important parts of the night came before tip-off.

The Wildcat faithful normally love their red but this game they focused on a “white out."  The goal wasn’t to confuse the guys from Eastlake, they were also in white. During the pre-game warm-up, everyone was “Team Ryan,” in honor of freshman Ryan Gerlitz.

“This community is a no-family-left-behind community and when they needed help, we needed to be there for them,” supporter Ken Fowler explained.

Ryan Gerlitz found out a few weeks ago that he’s battling cancer.

“It's hard to believe he has cancer,” friend Caden Harris explained.  “It took me a little while. It's weird to see one of your best friends you were hanging out with one day and then to see him in just awful condition the next day. It's crazy.”

Some of his best friends say it's hard to make sense of it, he's one of the nicest guys they know.

“Everyone loves him, he's just a loving kid,” his friend explained.

And in a small community like Snoqualmie, almost everyone knows him or his family. So, they wanted to do a very public show of support with shirts and a banner.

“Tonight's about giving him the strength to fight this battle because his fight is our fight,” Fowler said.

Gerlitz has been undergoing treatment at Seattle Children’s hospital, but he was strong enough to join his friends and sit in the student section.

They read a message from the family as Gerlitz stayed tucked in with his friends and they shared a letter with the community.

“He's up for this fight, and he plans to be back on the field soon,” his parents said.

The community responded by saying, “Be strong: your fight is our fight.”