A new Washington state law allows young offenders to stay in juvenile facilities up to age 25. 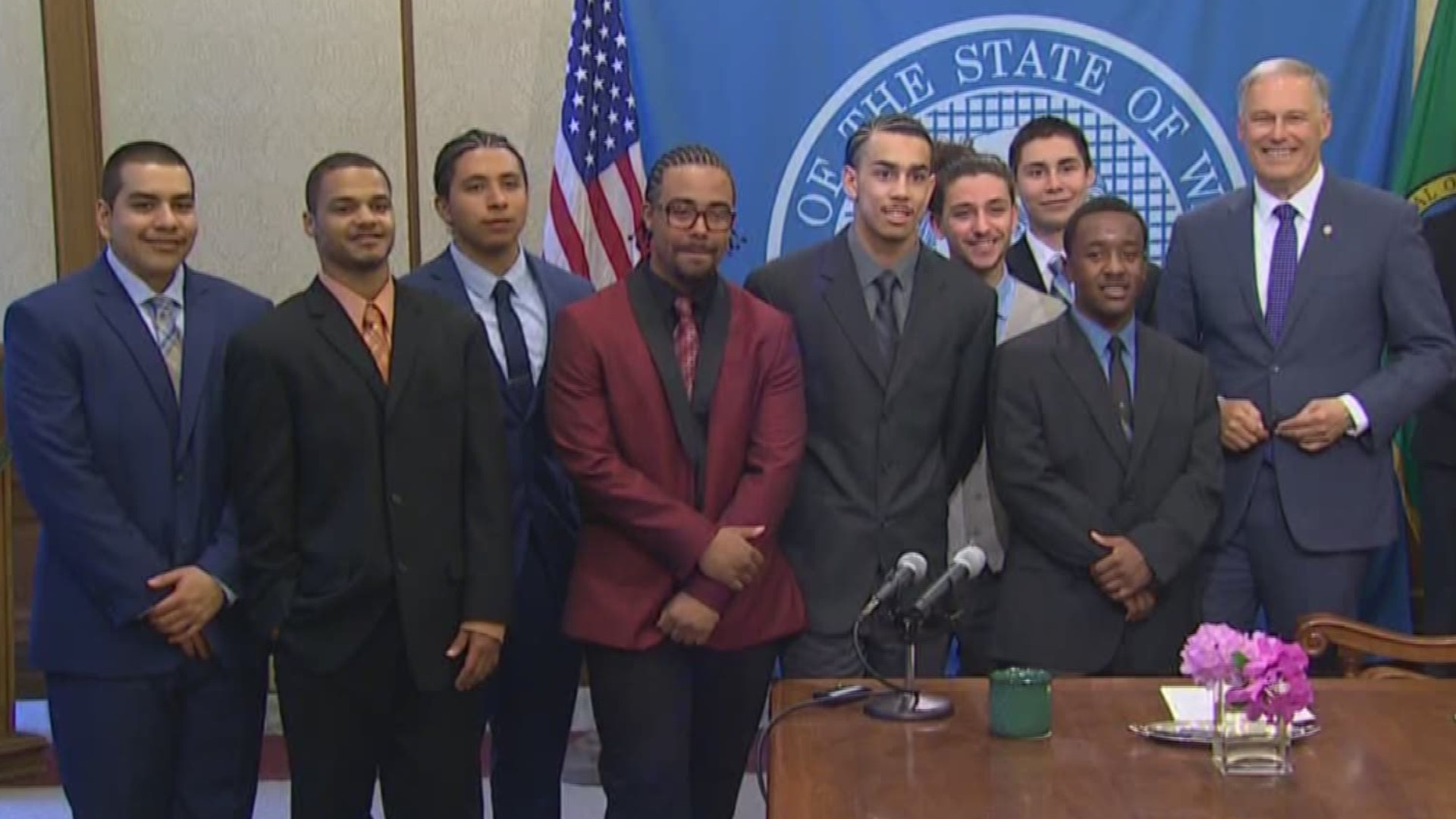 OLYMPIA, Wash. — Young adults who committed crimes as teens are getting a break under a new law. Some of those offenders even lobbied for the passing of a bill that allows teen offenders to stay in juvenile facilities until 25 years old.

They said this law will help decrease recidivism rates.

Edgar Calixto testified in favor of the bill, and was even behind Governor Jay Inslee when he signed it into law Thursday afternoon.

Unlike most young adults, Calixto wasn’t looking forward to his 21st birthday. When he was 16, Calixto pleaded guilty to being behind the wheel during a deadly drive-by gang shooting in Snohomish County.

He received a 12-year sentence.

The now 19-year-old would have been sent to an adult prison when he turned 21. He’s glad he won’t have to go to adult prison until 25.

“Here you focus on your goals,” said Calixto, “There (adult prison) you’re focused on surviving, I guess.”

Jennifer Redman is the superintendent of Green Hill School, the state's maximum security juvenile facility. Redman said since brains are still developing until the age of 25, the state should keep offenders younger than that in juvenile facilities as long as possible.

"It's a huge culture shock," Redman said. "If we can prevent that transition from happening, ultimately it's going to impact community safety because the recidivism rate is going to be much lower."