McKenna Secrist started piloting her own balloon when she just a teenager. 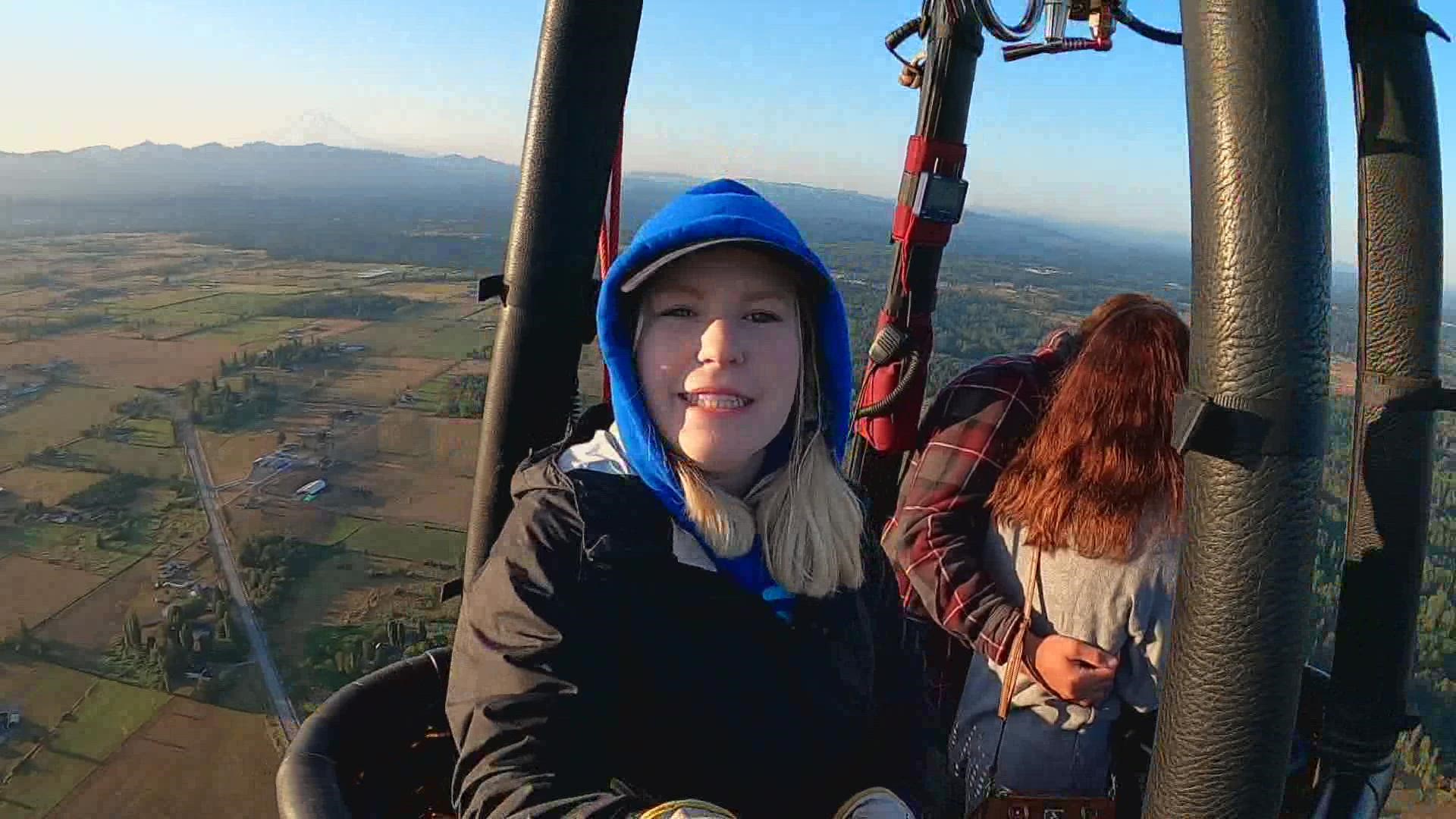 McKenna Secrist, 21, is most comfortable and at peace when she is thousands of feet in the air, secure in a small and warm basket, attached to a colorful balloon floating past views of Mount Rainier, Lake Tapps and the Green and White Rivers.

"I love flying," Secrist said. "It's so unique from any other type of aviation because you are literally floating, and you have a 360-degree view of the world."

Secrist is one of the youngest commercial hot air balloon pilots in the world. She also holds a unique position as one of the only female pilots flying for a large ballooning company like Seattle Ballooning.

"There [aren't] a lot of young people in ballooning," said Secrist.

In fact, her mentor, Eliav Cohen, chief pilot and owner of Seattle Ballooning, said the average age of a hot air balloon pilot is 71 years old.

"On top of just being an incredible pilot, she probably has more hours flying this year than any other female pilot in the entire world," Cohen said.

"My balloon is out, and this young lady comes up to me and she goes 'are you a pilot?' And I said 'yeah,' and she goes 'me too!'" he said, laughing. "When she told me that, she was basically like 12 or 14 when she bought her own balloon and was that motivated. That's incredible."

Secrist got her license to pilot when she was just 16 years old. Now five years later, she is training young students under Seattle Ballooning's "Aeronauts Program."

The focus of the program is getting people from diverse backgrounds into ballooning. It's also the only free program in the country for people ages 16 to 25.

Cooper Dill and Aidan Hughes, both 17, are training under Secrist through the program as part of her crew.

"With the inspiration of McKenna at such a young age, it kind of became more of a reality that I could become a pilot too," said Dill.

Both Dill and Hughes, good buddies, are excited about a new purchase that you will be able to see in the sky soon.

"I actually sold my truck that I bought when I was 14, in order to buy [a balloon] because I was like, 'I'm getting this balloon somewhere, like one way or the other,'" Dill said.

"Really, we're working towards our private license just so we can be able to fly and fly our own balloon," Hughes said.

Balloon enthusiasts everywhere are noticing that Secrist is bringing more eyes into the world of ballooning as she leads by example.

"Without the younger generation coming in, the sport could likely die," Dill said.