WSP cadets get wet as part of training 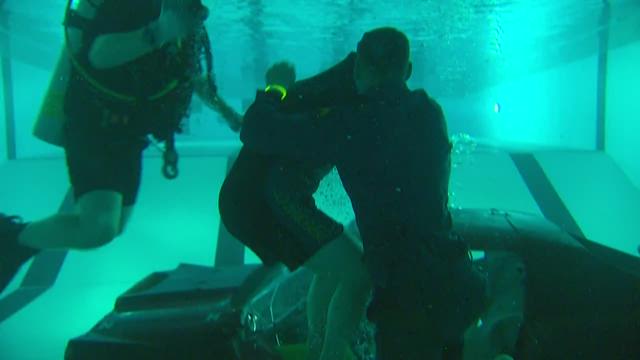 Troopers patrol the state’s highways, but they’re also taught how to act in Washington’s waterways.

A handful of days of their eight-month training at the Washington State Patrol Academy in Shelton are spent in a swimming pool.

Instructors teach cadets how to survive in the water, how to rescue someone, and how to pull someone out of a submerged car.

With a SCUBA-clad WSP instructor sitting in the frame of a red Corvette at the bottom of the 10-foot deep pool, cadets have to swim the length of the pool to try to pull the instructor to the surface within 2 minutes.

To make it more difficult, the lights are turned off in the pool.
Of the 18 attempts made on Tuesday, no cadets were able to perform a successful rescue.

“It was really difficult to try to orient where the car is, trying to get the door open,” said WSP cadet David Smith, from Seatac.

Smith was one of several cadets who failed to make the rescue Wednesday. Pulling the instructor from the car is not a requirement to pass the academy. Part of the exercise is to teach the cadets water rescues may not be worth the risk.

“So we don’t have an extra victim in there,” said WSP Corporal Mitch Bauer. 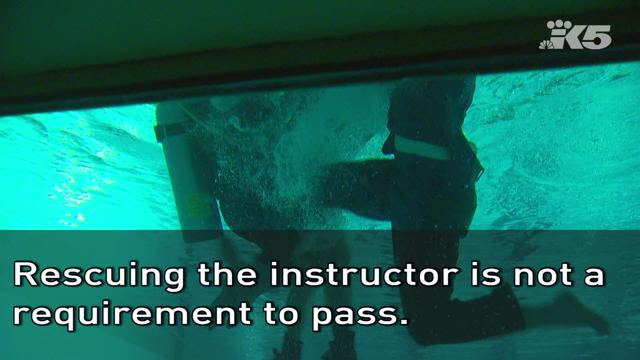