Talk about upcycling. World Vision donated 30 Ofo bikes to the Bethel School District to replace a fleet that was stolen. 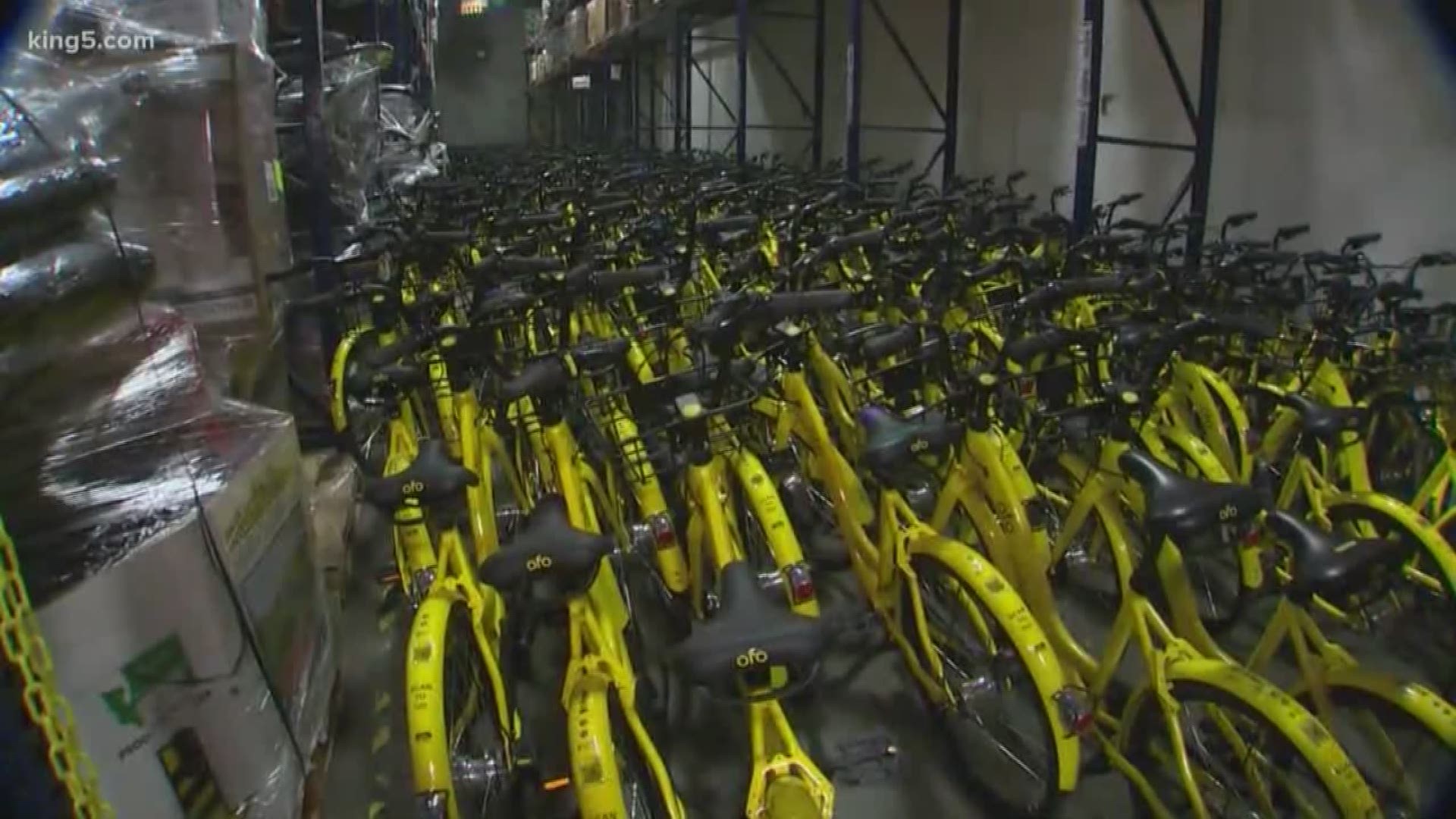 World Vision donated 30 bicycles to the Bethel School District to replace a fleet that was stolen earlier this summer. The bikes had just been donated to World Vision by Ofo, a bikeshare company leaving Seattle.

Ofo donated 800 bikes to World Vision. The Federal Way charity plans to distribute bikes around the world. They have already sent shipments to Chad, Nicaragua, and Somalia.

Then World Vision learned about a need closer to home.

In May, thieves stole a trailer with 20 bicycles that the Bethel School District used in safety training for middle-schoolers. Those bikes, provided by the Cascade Bicycle Club and state funding, were never recovered.

World Vision replaced the stolen bikes, plus 10 more, which will help teach students about safe cycling during P.E. class.