A Marysville prosecutor and a public defender could have compromised more than 300 cases by having a secret workplace relationship. 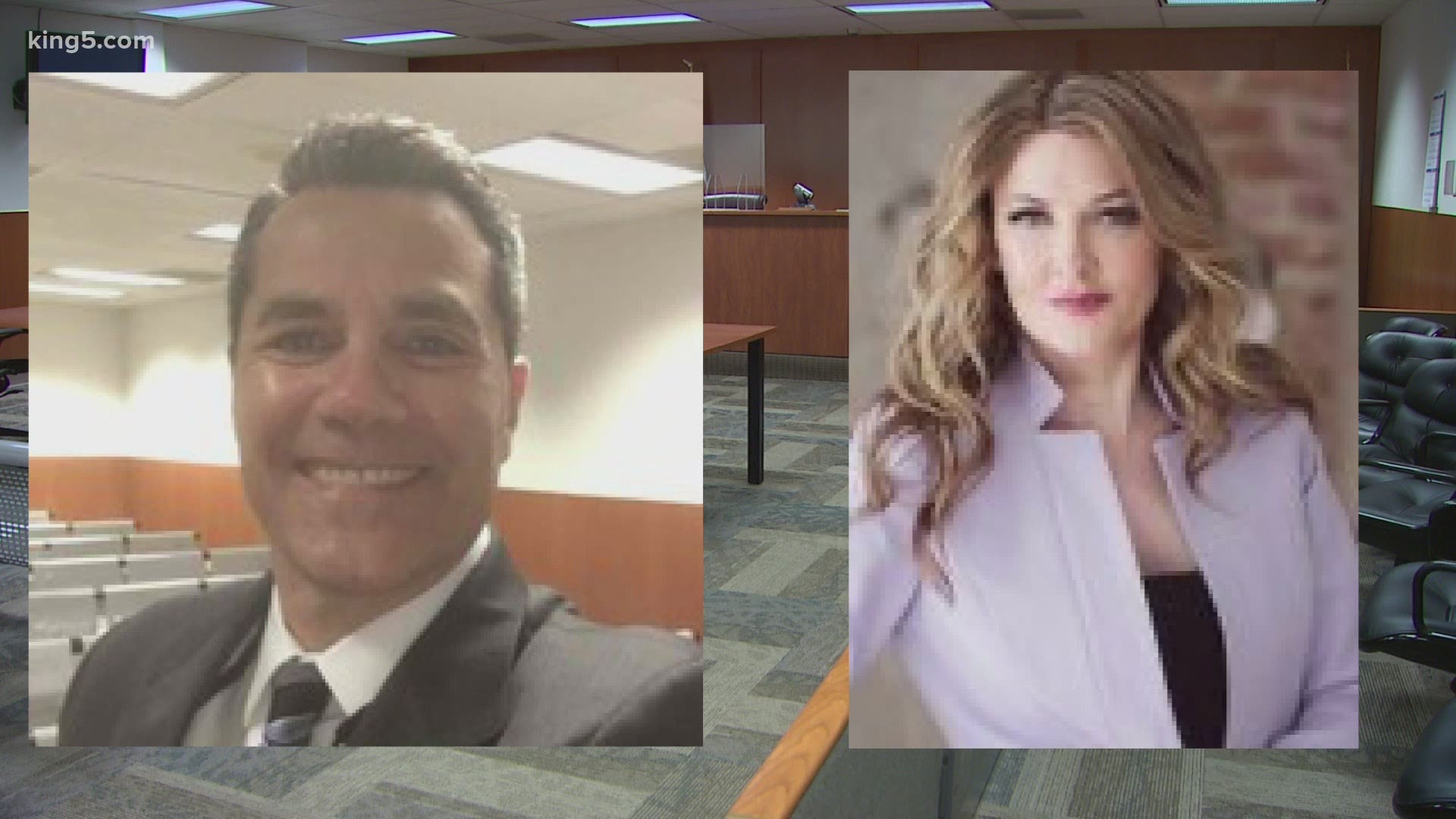 MARYSVILLE, Wash. — For months, a city prosecutor and public defender argued cases at the Marysville courthouse while hiding a secret romantic relationship.

Sources confirm former city prosecutor Al Treacy and former public defender Marne Whitney were often on opposite sides of the same case, creating an obvious conflict of interest that was never divulged to co-workers or clients.

An internal investigation by city administrators recommended Treacy be fired. But in June, he resigned before that could happen. He was with the prosecutor's office for 12 years.

Whitney was working as a public defender through the law firm of Feldman and Lee.

A spokesperson for the firm told KING 5, "As soon as we learned of the inappropriate relationship between our employee and the Marysville City Prosecutor, we immediately terminated her employment and also reported her actions to the Washington State Bar Association."

The pair worked on more than 300 misdemeanor cases together in Marysville. Those cases have all been reviewed to determine if any of them should be overturned.

A spokesperson for the city of Marysville told KING 5, "We understand that, out of all of those cases, three now have new court-appointed attorneys but there has not been any further court action on those cases."

Ken Kagan, an attorney representing Whitney, said there is no evidence that her clients were harmed in any way.

In fact, Kagan said, "As a result of Ms. Whitney's efforts in negotiating outcomes for her clients with Mr. Treacy, her clients actually did much better than they might have if they were represented by other lawyers."

"I want to be clear on two things. First, not a single case was ever compromised because of the relationship. The officers of Marysville are the finest in the State and I would never jeopardize their hard work. Whitney’s attorney suggests that because of the relationship, she somehow received better treatment or better case resolution than any other attorney. That statement is categorically untrue. The personal relationship never created a conflict and all of my cases were resolved consistently across the board. She received nothing special. Of the total cases, 3 (1%) came under review and of those 3, not one is moving forward—not one case was compromised. Second, I am not minimizing my roll nor am I making excuses. And, as much as this is a personal matter, one which my wife and family have been unfairly thrust into the public arena, I want to publicly apologize to my wife and family. I hope to someday earn their trust again."