Two deputies were shot while responding to a car prowler call at the Beaumont Apartments in Woodinville. The suspect was shot and killed by officers. 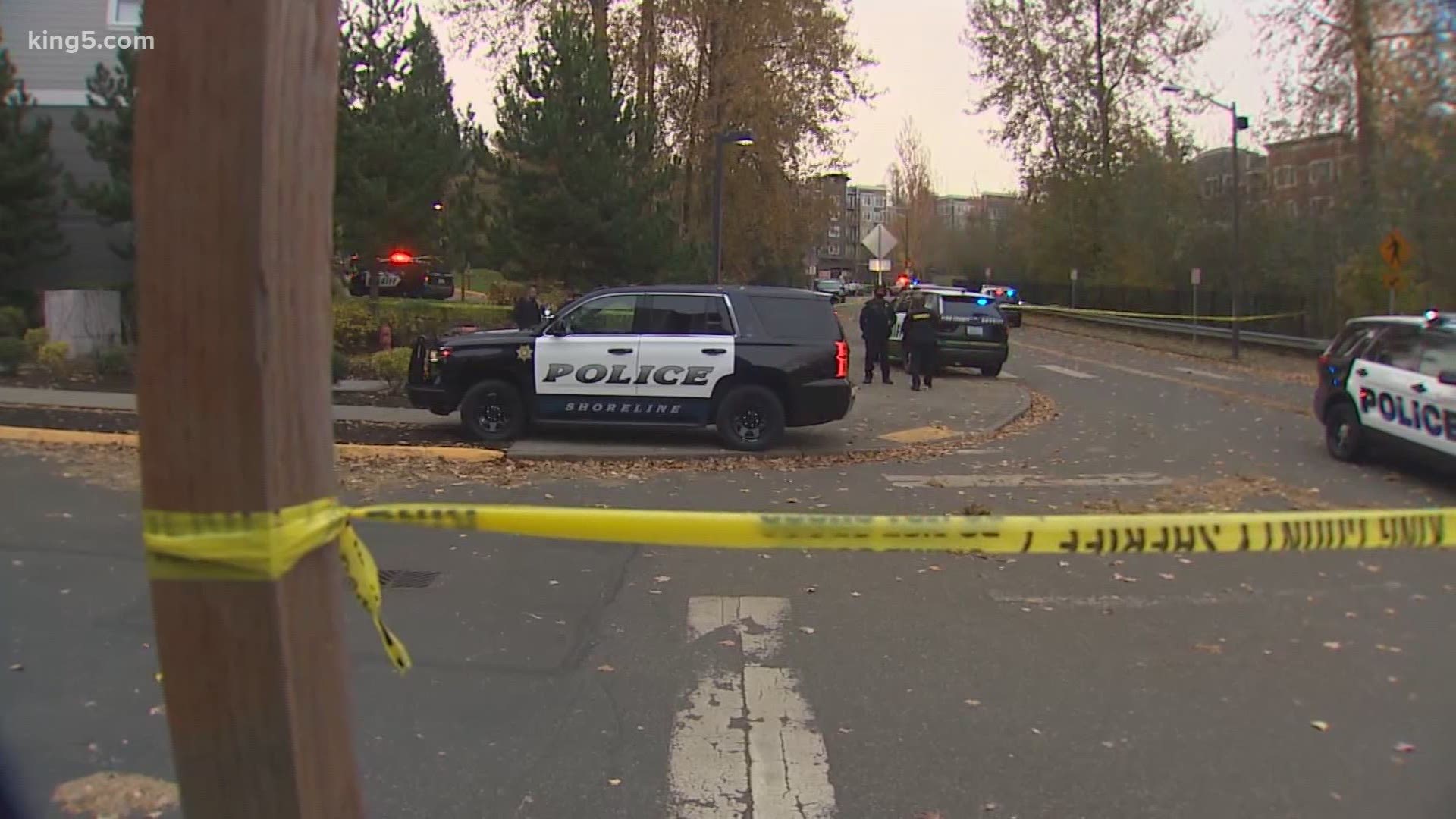 WOODINVILLE, Wash. — Two King County Sheriff's deputies were injured in a Woodinville shooting, and the suspect was shot and killed at the scene. Law enforcement believes the suspect fired first and the deputies returned fire, but the incident remains under investigation.

Officers told KING 5 that the bulletproof vests deputies were wearing helped slow the velocity of the bullet.

The shooting occurred just after 12:15 p.m. outside the Beaumont Apartments on 141st Ave. NE in Woodinville.

Jerome Jefferson, who has lived in the apartments for three years, said what happened on Monday afternoon was a huge surprise.

"There's a huge sense of community. We know our neighbors. People aren't shy about communicating with each other. We look out for each other. It sounds like that's what possibly happened-- someone saw something and called the police and that's how they were here to help and take care of it," said Jefferson.

It's unknown exactly what led up to the shooting. A King County Sheriff's Office spokesperson said it's believed the deputies responded to a car prowler complaint and that the suspect was carrying "a case."

The spokesperson did not go into detail on the significance of the suspect's case or what was in it. 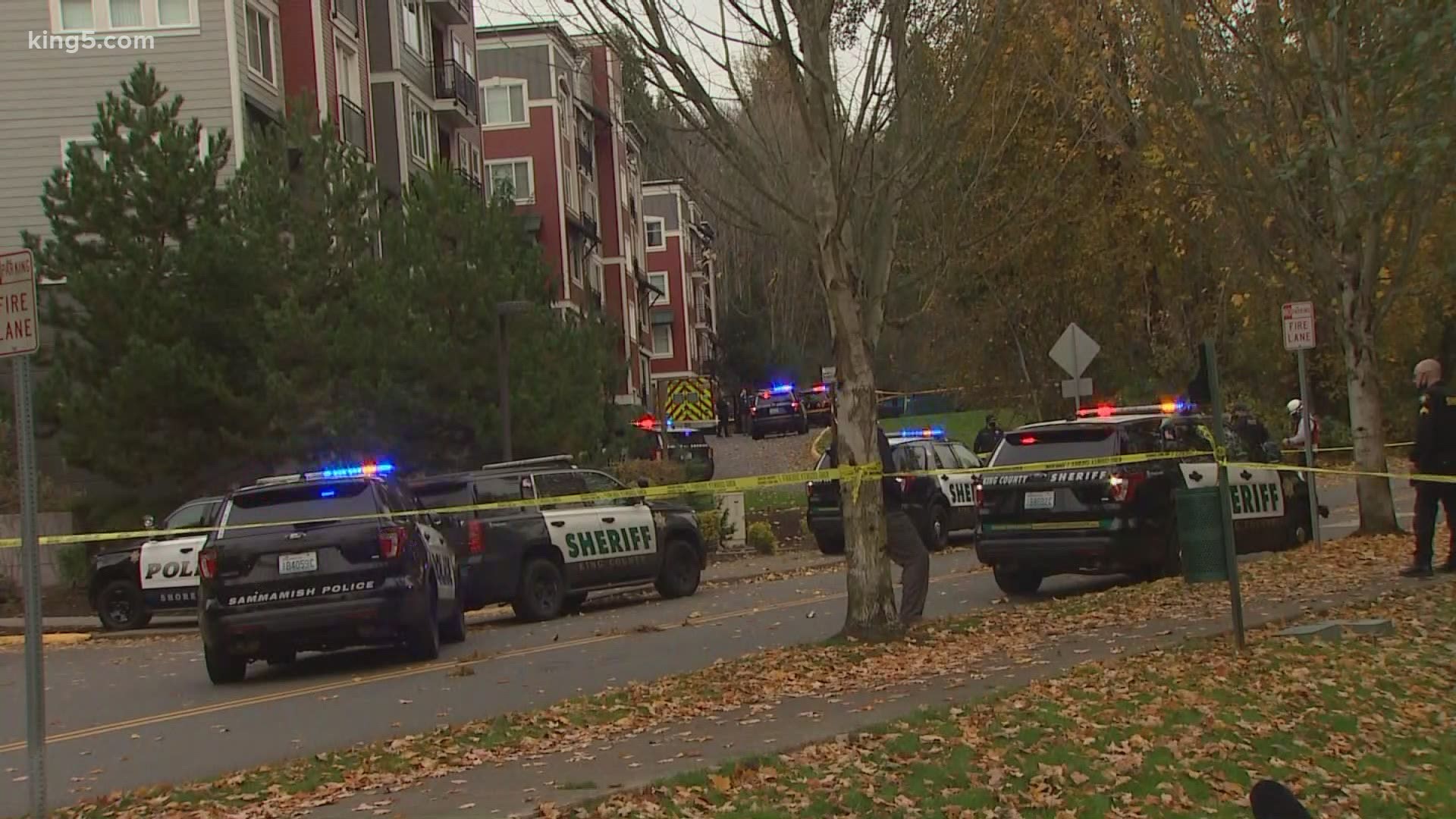