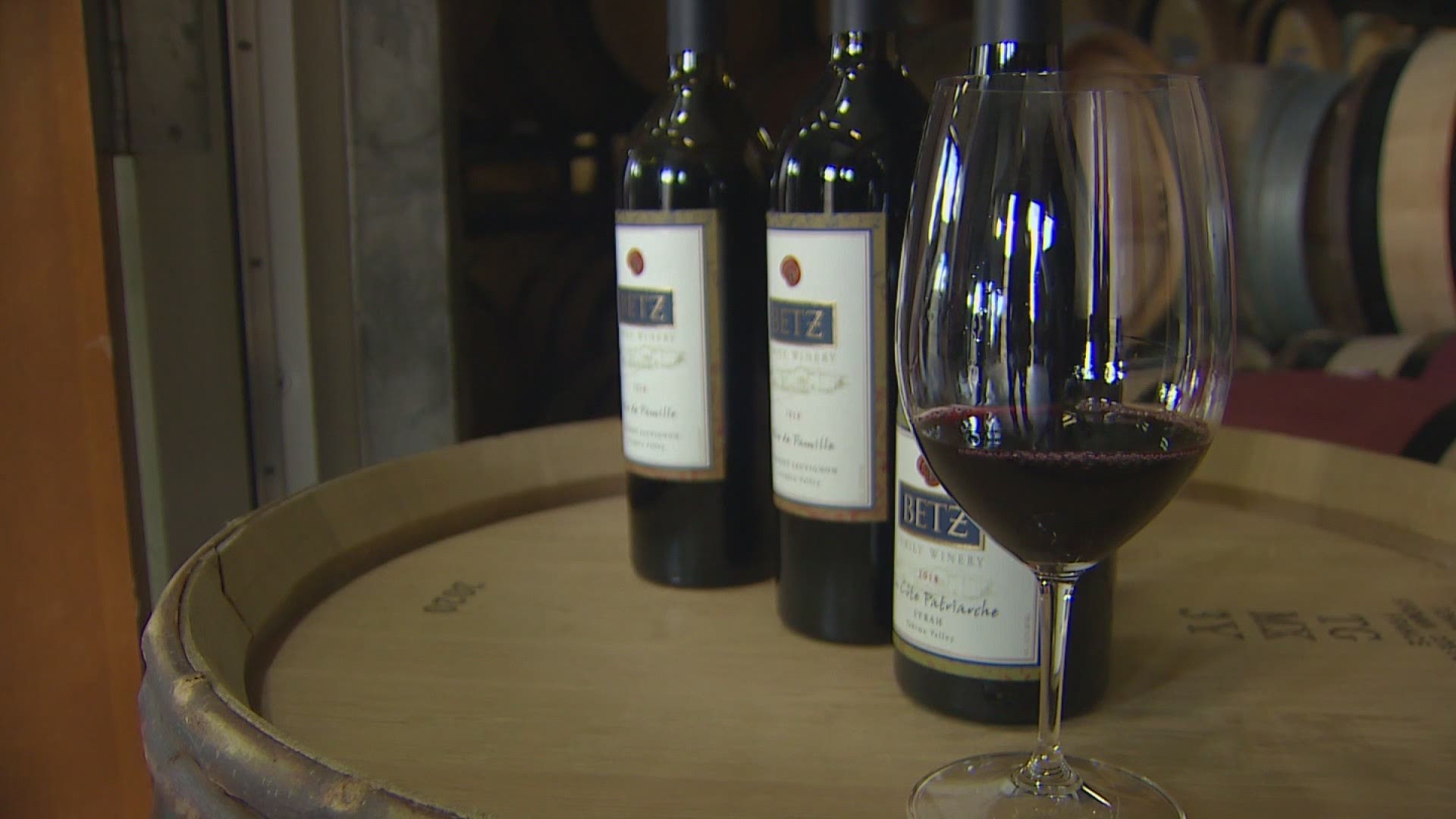 WOODINVILLE, Wash. — Wine that tastes like an ashtray -- that's what happened to a Woodinville winery's latest vintage, due to last year's wildfires in Washington, Oregon and California.

Betz Family Winery announced Tuesday it will not release wine from its 2020 vintage due to "smoke taint," which impacted their grapes used for wine.

Betz Family has a tasting room and winery in Woodinville but their vineyards are located in drier eastern Washington, along the Columbia River valley, Walla Walla and Yakima Valley.

Wildfires from September and October last year impacted their grapes in varying degrees. "You can just smell the smoke literally on the bunches," said Bridgit Griessel of Betz Family Winery.

Changes to the flavor profile of the wine became apparent during the fermentation process and lab tests confirmed the smoke taint, Griessel said.

"We would never compromise ever. I mean, the minute we heard that was an issue, we knew immediately we weren't going to be releasing a wine that remotely had any smoke taint at all," Griessel said.

Hundreds of barrels of red wine from the 2020 vintage will not be bottled and potentially be kept for an indefinite amount of time to further study the impacts of smoke taint, according to Betz Family Winery.

"Toxicity or health issues are not really the problem here," said Tom Collins, a researcher and assistant professor with WSU's Wine Science Center. "It's more a matter of aroma and flavor."

Collins said wildfire smoke exposure does not always affect a vineyard. Grape varietals, topography and wind patterns can all play a role.

"There are a range of factors that can affect how any particular smoke exposure might manifest itself in resulting wines. In many cases, there's really no measurable or noticeable impact at all," Collins said.

Even a minute level of flavor changes to their wine due to smoke taint was enough for the Betz Family Winery to nix the 2020 batch.

"It's an entire year's worth of revenue, and that for us is the biggest reality," Griessel said.