Shane McDaniel said the city of Lake Stevens is fining him $500 a day per violation because his large pile of wood is a fire hazard. 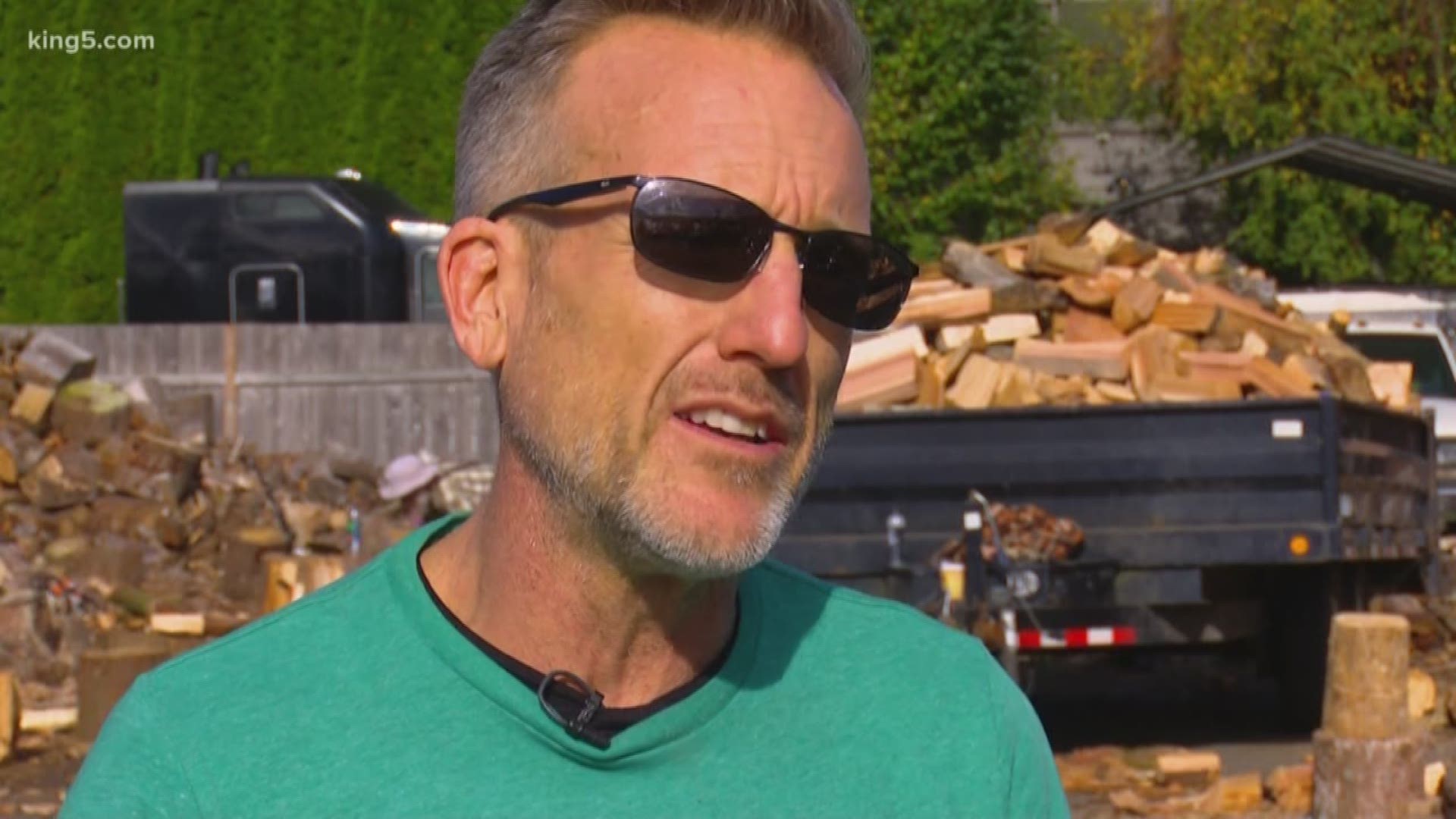 For the past year, McDaniel has been giving away massive amounts of firewood to those in need, mostly to cancer patients.

"My dad died of cancer five years ago. My brother died last year from cancer. Now my sister has cancer. I see more cancer than I care to," McDaniel said.

Just as McDaniel was preparing for this year's holiday deliveries, he got a letter from the city of Lake Stevens stating he's facing fines of $500 a day per violation, which adds up to $70,000 a month, because the wood is a fire hazard.

Strangers are now stopping by his home to show him their support.

"It's kinda disheartening because he's trying to do something good for his community," said Tom Bengen, after shaking McDaniel's hand.

McDaniel thanked the community for reaching out and jumping at a chance to help.

Previous | Hometown hero heats the houses of those in need

On Saturday, McDaniel continued splitting the wood to prepare for distribution. He said he will begin distributing it next weekend and is looking for youth groups to assist.

McDaniel said people looking to volunteer and people who need wood should message him on Facebook. He said there will be a schedule for distribution and delivery.

According to McDaniel, every wheelbarrow full of split wood will heat a home for two to three cold nights.

McDaniel remains defiant against the city's notice. He said he initially had two weeks to get rid of the wood. The city then agreed to give him until Christmas to clear the wood. 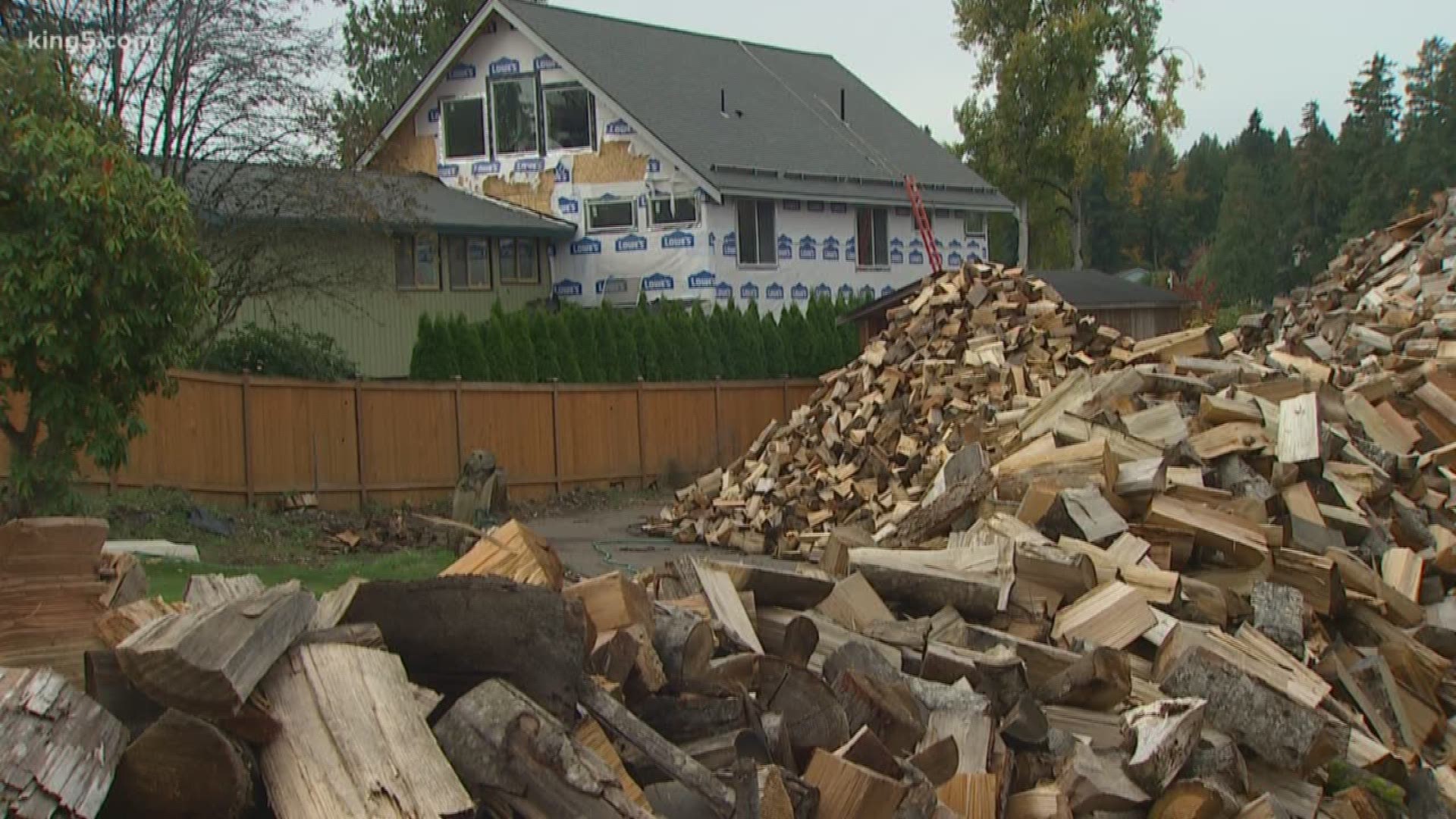 "It's my property," he said. "If some big-shot city inspector gets a new job and wants to show off thinking he's gonna push me around... no."

McDaniel posted about the situation on his Facebook page, telling people to call City Hall earlier this week.

City officials said one person even called in a bomb threat on Thursday. Another person threatened to burn City Hall down with the firewood.

Spencer said the letter threatening fines was only intended to get McDaniel's attention.

McDaniel believes the whole mess is payback for being a vocal critic of City Hall, to which the mayor responded, "I don't know what the hell he's talking about."

Despite the strongly worded letter, Mayor Spencer said he will work with McDaniel and give him until at least Christmas to get rid of the wood.

"All it would've taken was a phone call to me," said Spencer.

"This is important work. Without it, people will not have heat," he said.