A woman was critically hurt during a stabbing at the Seattle Center Friday afternoon. An armed bystander held the suspect at bay until police arrived. 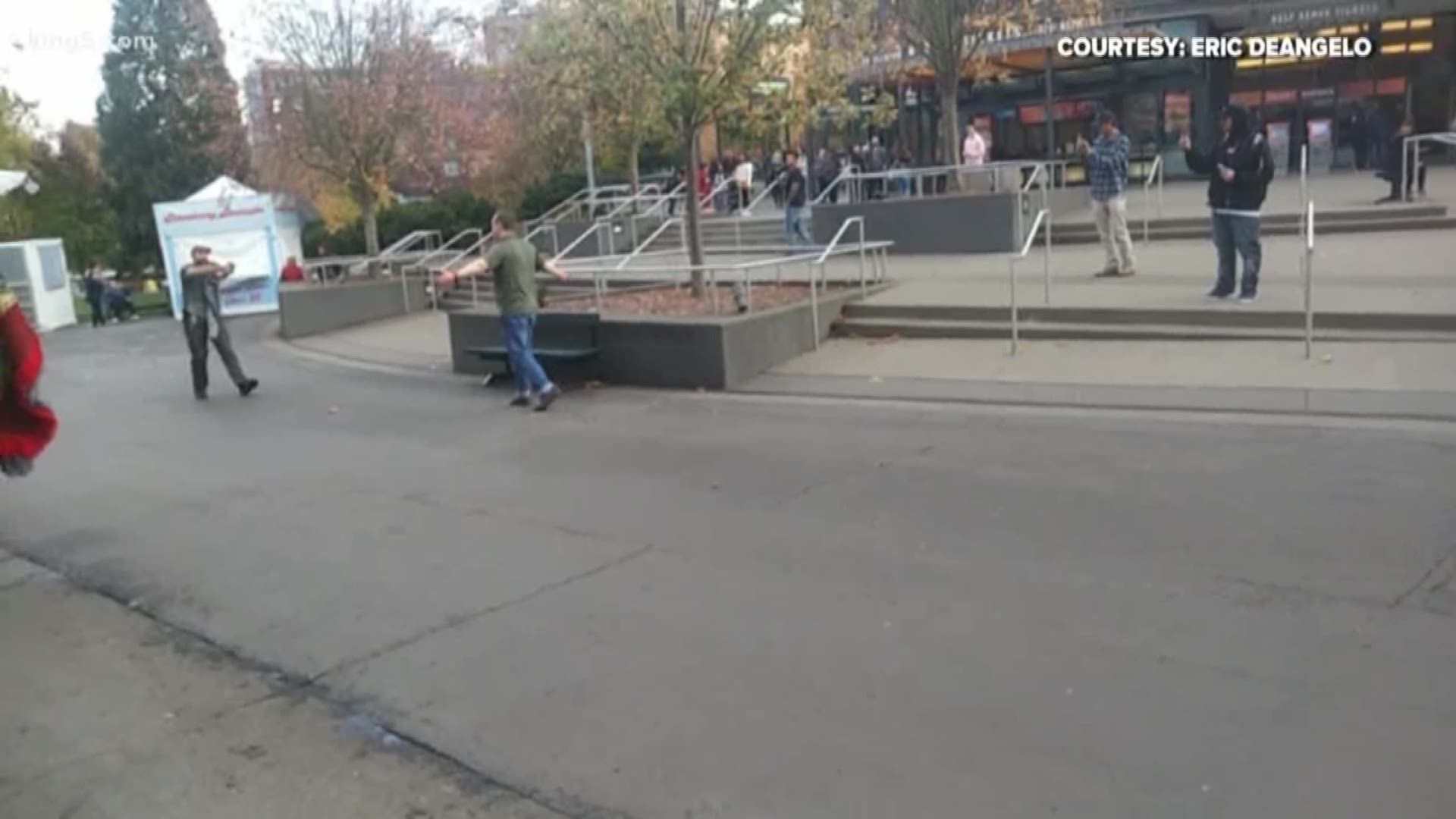 The woman who was stabbed in the Seattle Center food court Friday afternoon died, according to a spokesperson for Harborview Medical Center.

Police said the stabbing was an act of domestic violence. The 5-year-old biological son of the man and woman, who was at the scene, was taken into police care.

According to charging documents, the man, who had an "off and on" relationship with the woman, "clearly and without any visible reservation admitted to intentionally" killing the woman. The reason he said he killed the woman was to "make a better life for his son."

The stabbing was reported around 4:20 p.m. at the Mod Pizza in the food court.

The suspect ran outside but was stopped by a witness with a gun. The armed bystander followed the stabbing suspect until police arrived.

Cellphone video shows the armed bystander walking backward as the stabbing suspect walks toward him, still armed with a knife. The tense scene unfolded as other visitors to the Seattle Center wandered by.

A third man arrived and sprayed mace on the stabbing suspect, but that didn't diffuse the standoff.

The armed bystander tracked the suspect to a grassy area, where police arrived and used a taser on the suspect to bring him down. The stabbing suspect was taken into custody without further incident.

"I think he did the right thing," said Frankie Dean, a witness to the standoff. "Didn’t fire, didn’t discharge his gun. Waited for police to get there."

Kevin Meehan was inside the food court when the stabbing happened. "I just saw people take off everywhere."

No other injuries were reported.